Love, kindness and a warm bed, give homeless man a second chance at life

Anthony Wooten, 36, has been living on the streets of Jacksonville for more than a decade. Now, a local woman's act of kindness is changing his life.​​​​​​​ 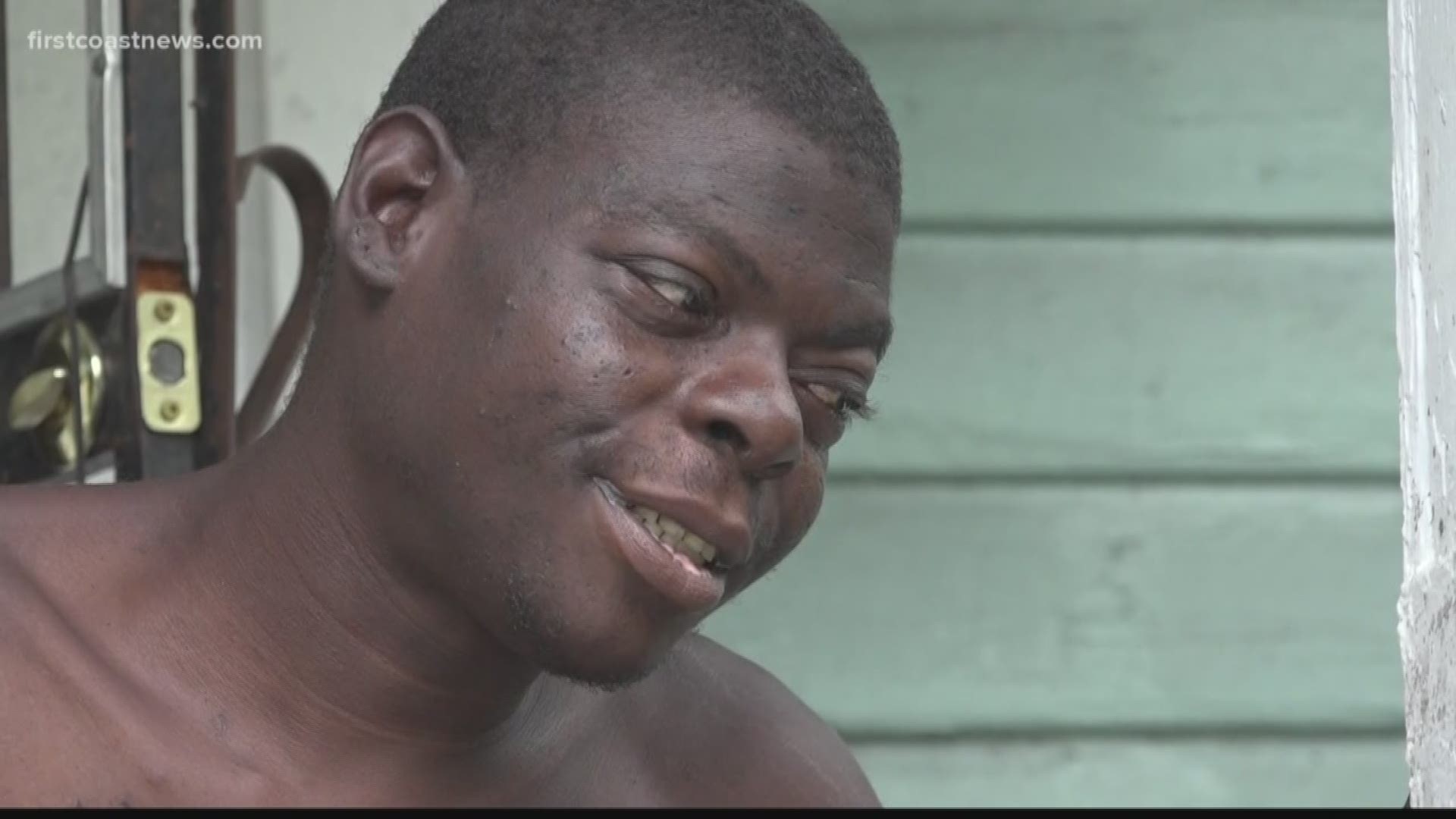 Jacksonville, Fla.— Anthony Wooten, 36, has been living on the streets of Jacksonville for more than a decade.

“It’s been about 12 years now that I’ve been homeless," he said. "I don’t think people realize that being homeless isn’t a choice, sometimes you just fall on hard times and can’t take care of yourself.”

Wooten has battled diabetes since he was 18 years old but didn’t always make the best decisions for his health.

“I was in complete denial that I had the disease and so, I was in and out of hospitals a lot, then back in 2014, I got gangrene and I lost my first leg. A few years ago, I lost my second leg,” he said. “Right now, I have high blood pressure, and I’m facing kidney failure.”

While Wooten blames himself for his current predicament, he’s grateful one thing in his life has changed. After multiple attempts to enter local housing programs, he finally has a place to call home.

“A few weeks ago, Mr. Eric heard about my situation and now he’s working with me on rent so I have a place to live,” he said. “I’m beyond grateful because I know God is working in my life and trying to help me keep going.”

While Wooten has a place to live, he doesn’t have essentials like clothing, food or a bed.

“I have a sleeping bag on the floor and that’s what I use, but it’s still way better than sleeping on a bench,” he said. “If I had a bed, I don’t know what I would do. I would just be so happy.”

Wooten said he would love to have a washer and dryer, a wheelchair ramp and most importantly, a motorized wheelchair.

“With a new set of wheels, I could do anything,” he said. “I could get around to my doctor’s appointments, maybe go back to school and if I could do that, open my own thrift store one day so I could give back to the community,” he said. “I love to socialize with people, it’s something that keeps me going and makes my life less depressing.”

Salli Solow, once passed Wooten in front of LongHorn Steakhouse on Roosevelt and that’s when she decided to make sure he was okay.

“I called the restaurant and I asked them if I could buy him dinner, and they told me they already feed him when he stops by, that’s when I learned who he was and his life’s story,” Solow said. “I wanted to do more, so I posted on Nextdoor and that’s when I found out he didn’t have a bed,” she said.

Solow posted and recruited kindness from total strangers, a gift that is now giving Wooten hope at a second chance. On Monday night, a mother and son (who want to remain anonymous for now) brought food, bedding and clothing to Wooten's home. That same family plans to drop off a bed on Tuesday.