Pfizer has expanded its COVID-19 vaccine trial to include 12- to 15-year-olds. Jacksonville Center for Clinical Research will start enrollment as early as this week. 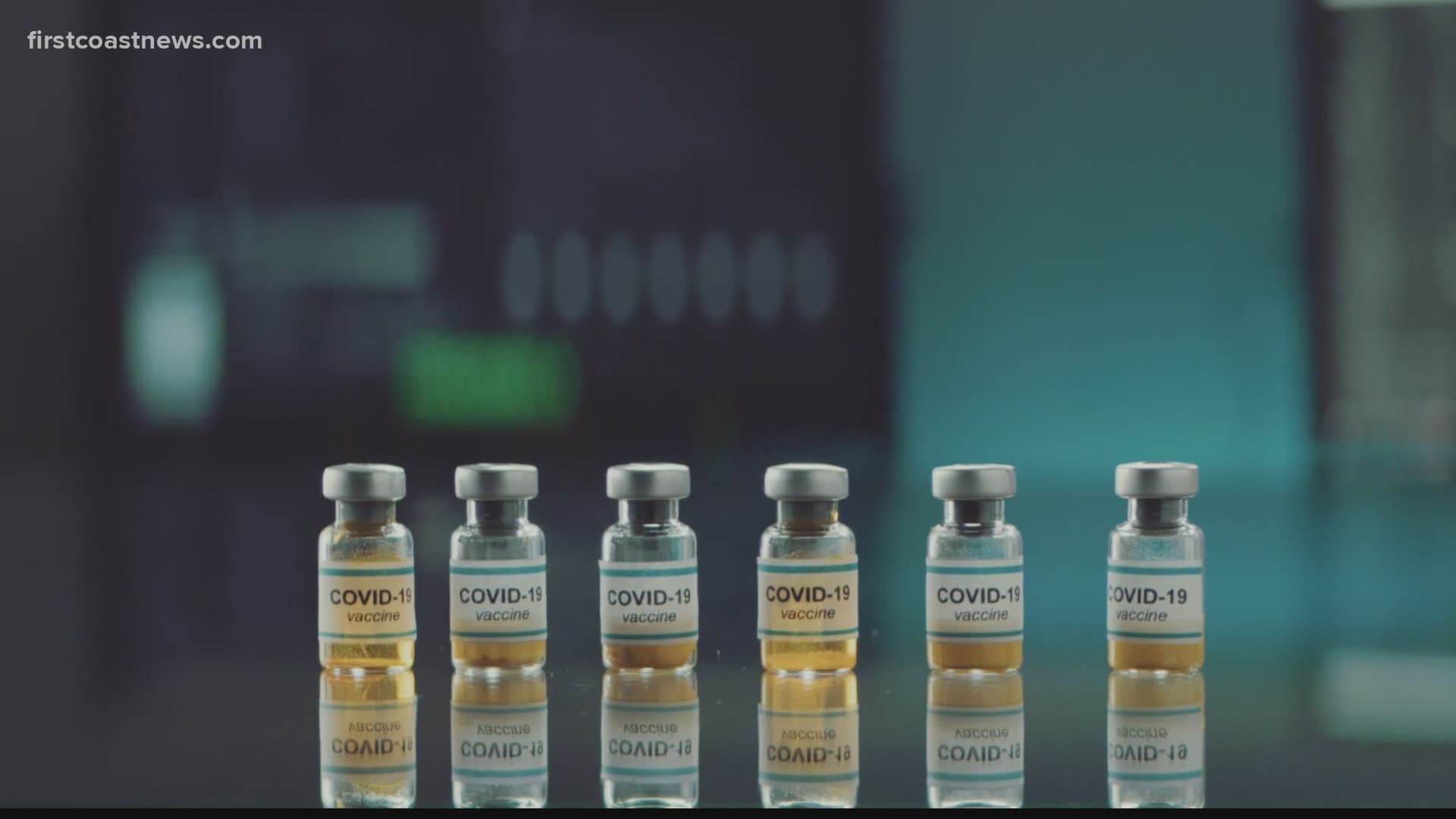 JACKSONVILLE, Fla. — COVID-19 vaccine trials on kids as young as 12 could begin this week in Jacksonville. Pfizer announced the trial was expanding to younger patients on Oct. 14.

Jacksonville Center for Clinical Research has already been enrolling teens 16 and 17 years old. Dr. Vicki Mosteller, an investigator with the trial, says they are enrolling about 20 more people in this age range.

She says they haven't officially began enrolling 12- to 15-year-old kids yet because they have not received the vaccines, but if you are interested in being involved you can call the center and get your name on a list.

Mosteller says to be involved in the trial, your child cannot have COVID-19 and cannot have had it in the past.  She says it is a 24-month commitment with a series of two shots and then months of follow-up.

@JaxResearch is currently enrolling about twenty 16-17 year olds & will begin enrollment of 12-15 year olds in the @Pfizer #COVID19 vaccine trial. You can read more about Pfizer’s work here ⬇️https://t.co/IV2GUGj5fM

Mosteller helps conduct the vaccine trials in Jacksonville and answers questions people have before the sign the consent form.

“I’m very excited to be a part of this study and on the precipice of releasing a vaccine," she said. "As you know, Pfizer has gotten the approval to manufacture 100 million doses. They’re beginning that manufacturing because we know the safety profile is so good.”

Mosteller says she would feel safe entering her child into the trial.

“I’ve had plenty of friends that I’ve entered into the trial and ones that have 12- to 15-year-olds that are waiting to get in it," she adds.

The trial is in phase 3, and they are studying how well the vaccine works and whether those who are vaccinated would get a mild form of COVID-19 or being immune.

Johns Hopkins Medicine says flus, colds and respiratory illnesses are more common in colder months because people are inside more often and closer together.

You can read more about Pfizer's vaccine trial here.

If you are interested in signing up for the COVID-19 vaccine trial at the Jacksonville Center for Clinical Research, go to encoredocs.com or call (904) 730-0166.