Jared Johns served from 2012 to 2015. Injured in Afghanistan, he returned from the war a different person. His father said the soldier's smile was not as bright. 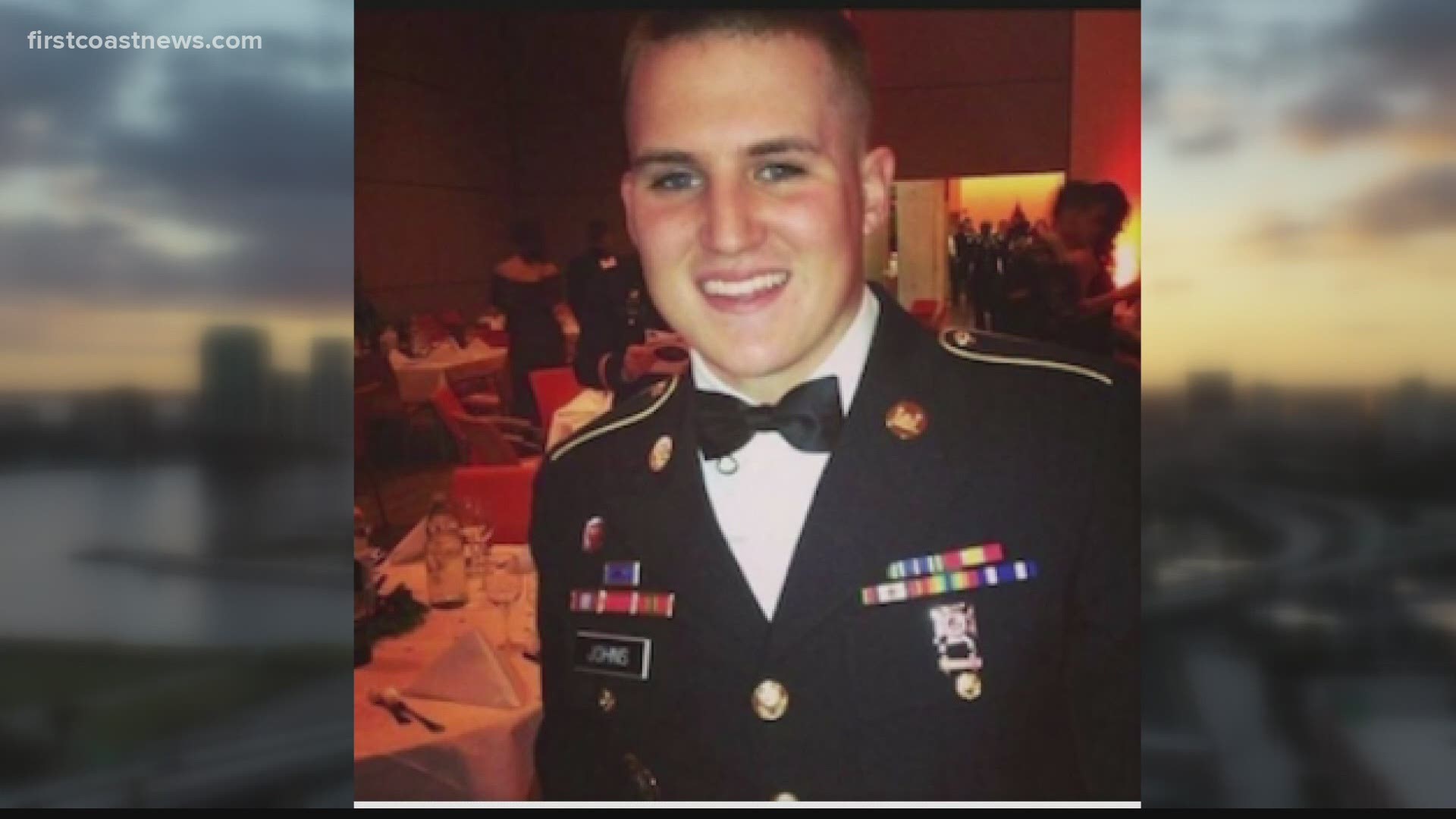 JACKSONVILLE, Fla — The impact of 9/11 motivated Kevin Johns' son Jared Johns to join the U.S. Army, something he desired from the age of 10.

"From that day growing up you knew he was going to be a soldier, no doubt," said Johns.

Jared Johns served from 2012 to 2015. Injured in Afghanistan, he returned from the war a different person. His father said the soldier's smile was not as bright as before.

"He came home diagnosed with PTSD and he struggled with it," said Kevin Johns.

On Sept. 11, 2018, his son became the target of a sextortion scam generated from an online dating scheme. Kevin Johns said it pushed the veteran to a breaking point and he committed suicide.

"He went from happy to being distraught," Kevin Johns said.

The decision to take his life left the family emotionally and financially in a mess. Kevin Johns said the funeral home would not let him see his son's body unless he purchased a casket, and insurance was not going to cover death by suicide.

He said the nonprofit Once A Soldier heard about his dilemma and, in an act of postvention, reached out and helped.

"It was really a light in a dark time for me, and for them to not want anything — they want to help you," he said.

Dave Barbush, a former advertising executive, is the CEO of Once A Solider.

He said the nonprofit's mission is postvention when prevention fails.

"There is no one that is doing what we are doing which is trying to be there in the time of need," said Barbush. "We provide financial assistance for burial and counseling in some cases."

Barbush said the need for support has increased and he would like to see the Department of Veterans Affairs do more with postvention.

"If they don't put money towards postvention in a similar fashion as they do to prevention, our mission is going to be as needed in the future," he said.

The nonprofit, which is local but has a nationwide reach, started three years ago.

Barbush said so far they've helped and counseled more than 20 families in all.

Kevin Johns now serves on the nonprofit's board of directors. The VA states that 20 veterans a day commit suicide and while they have ramped up their prevention efforts, Kevin Johns said there is a need for Once A Soldier.

"They're here to help, families in trouble need to know you are not alone," he said.