"We are asking the Mayor to stop beating around the bush and to act with all deliberate speed to remove the monuments once and for all," said Ben Frazier. 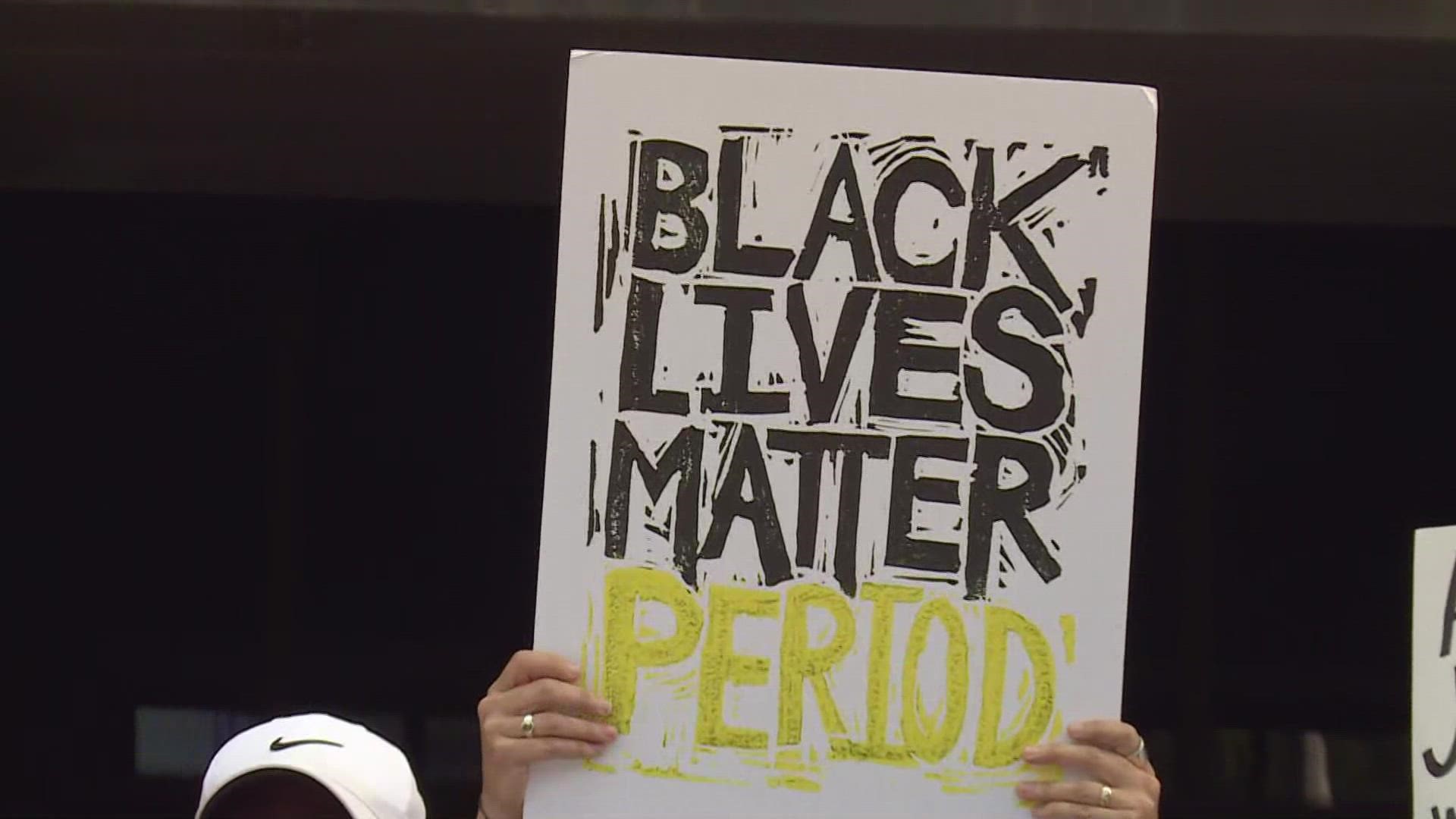 JACKSONVILLE, Fla. — A group of community organizations renewed its demands that Mayor Curry follow through on his commitment to remove Confederate monuments.

During a news conference on Tuesday, the groups also said they are concerned that "an unofficial committee convened by the Mayor last year" has violated government in the sunshine policies.

Statement regarding the committee:

"The formation of this panel excluded the voices of those who have been demanding that the monuments be removed. The mission goal and outcome of this committee is also questionable. The Unofficial panel was told to find ways to protect the confederate monuments and not to take them down..."

"We are asking the Mayor to stop beating around the bush and to act with all deliberate speed to remove the monuments once and for all."

Yes, the Confederate monuments are still standing in Jacksonville.

The City of Jacksonville says Mayor Curry is planning on meeting with the 'Working Group' which has been trying to figure out what to do with monuments.

Mainly, three monuments are in question: one in Springfield Park, one in the Old City Cemetery and one in James Weldon Johnson Park.

In June 2020, Curry said all Confederate monuments in Jacksonville would come down.

"The next thing I'll do is introduce legislation to City Council that brings all those agencies that make those decisions around those issues to the table," Curry said in June of 2020 to First Coast News' Ken Amaro during a protest.

The statue of a Confederate soldier outside City Hall in the formerly known Hemming Park, now James Weldon Johnson Park, came down the night before that interview. The base still stands.

Since then, Confederate Park was renamed to Springfield Park in August, but the monument to the Confederacy still stands.

The Working Group with the city consists of historians, art professionals, and City planners. Their report says in part "To be clear, these monuments must no longer stand as they have, in celebration of the Confederacy."