A Jacksonville church group survived a tense moment Saturday when their bus caught fire on their way from camp in South Carolina. 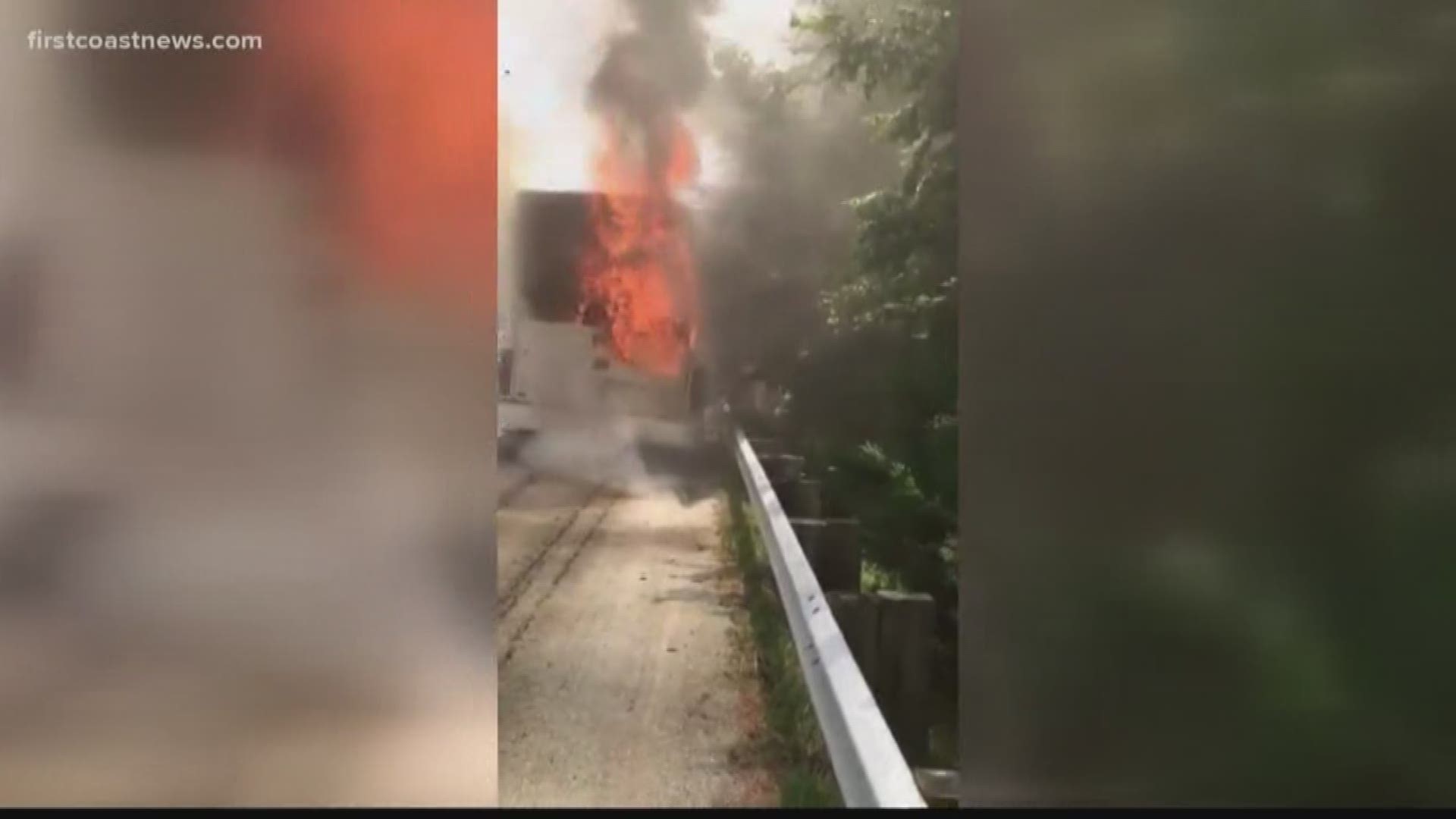 A Jacksonville church group survived a tense moment Saturday when their bus caught fire on an interstate in South Carolina.

The Student Ministry of Chets Creek Church was on their way home from church camp when smoke started to fill the back of one of their buses.

Church leader Robin Collins, who was on another bus a few miles ahead, said in a Facebook post that he received a text that read, "We're on fire. Evacuating bus."

The engine had caught fire, according to Collins.

Collins said passengers tried to evacuate the bus, but the driver had pulled over near a guardrail and could not open the door.

The incident was caught on camera, and another student could be heard yelling, "Get off! It's hard to breathe back here."

Other church leaders acted quickly, according to Collins, and evacuated students through the emergency exits. Students were pulled out of the bus windows by drivers who stopped to help.

Pictures taken by Collins showed scorch marks on the back of the bus, which Collins mentioned is ironically called Spark.

Eleven people were taken to hospitals for scrapes and smoke inhalation after the fire, according to a representative from Spark.

The fire is currently under investigation by local authorities in South Carolina.