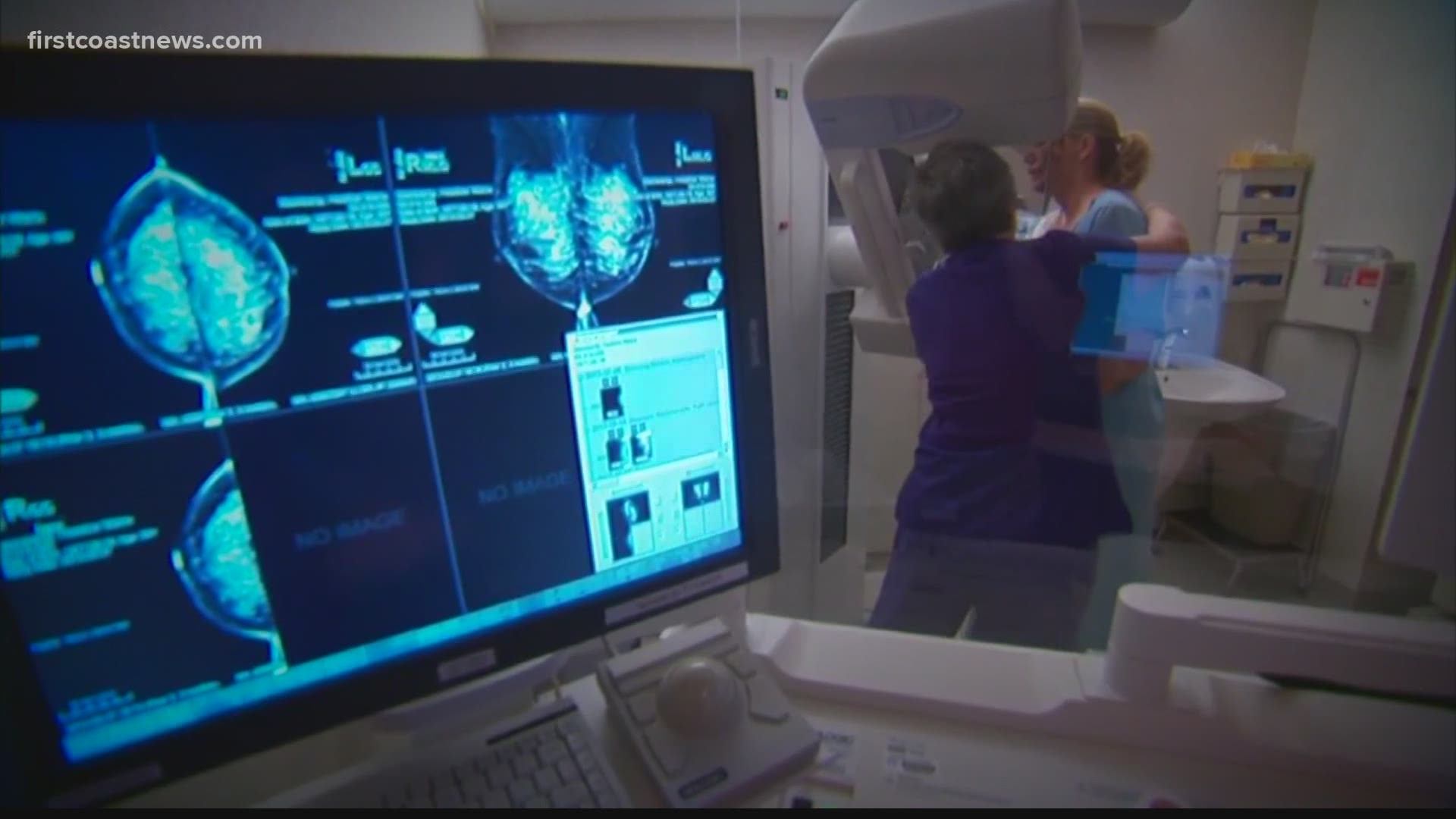 JACKSONVILLE, Fla — The pandemic has caused many women to postpone routine cancer screenings. According to Health Care Cost Institute mammograms were down nearly 80% in April and down 20% in July compared to 2019.

Dr. Saranya Chumsri, an oncologist at Mayo Clinic, has started to see patients coming in with more advanced breast cancer.

“We used to see patients with, you know, a couple-centimeter tumor, but now we started to see large like 3, 4 or 5 cm with big lymph node involvement more recently, and some of these patients actually told us that they felt the lump for a while, but they were concerned about getting COVID-19 so they did not come in,” Chumsri explained.

Her advice is don't skip your annual mammogram, and if you find anything abnormal see your doctor right away because breast cancer caught early is very treatable.

“There is actually a lot of new treatment coming out right now,” Chumsri said. “We actually have developed a cancer vaccine that will stimulate a patient's immune response to attack certain antigens in the cancer cells, so we have several trials ongoing right now. So far the treatment has been great. There's not a lot of toxicity.”

While vaccine research is ongoing, Dr. Jennifer Crozier, an oncologist with Baptist MD Anderson, which is also enrolling patients in clinical trials, says advancements in treatment mean there are now more treatment options with fewer side effects.

The key she says is catching breast cancer early.

“The women have on average over 90% cure rate from breast cancer when we're finding it early," Crozier said. "It's very treatable, and most women actually avoid chemotherapy, so a lot of times it can be treated just with surgery, maybe radiation maybe, some anti-estrogen pills, but very treatable."