The North Florida Land Trust announced the purchase of three plots of land that are part of the Little NaNa Dune system. 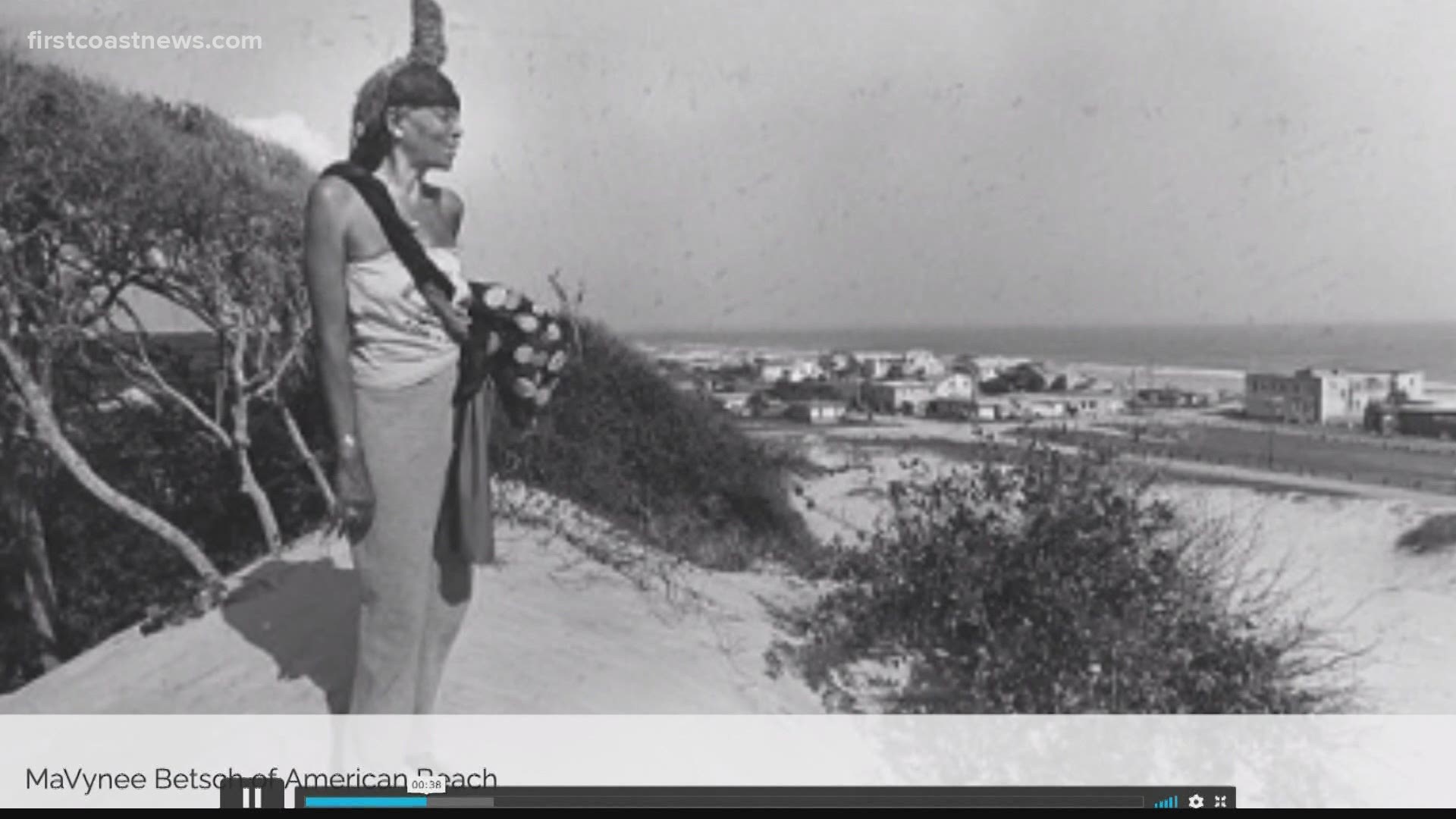 NASSAU COUNTY, Fla. — People are uniting to save a dune in a historic Black community.

The NaNa Dune System in Nassau County is the tallest on Florida’s coastline. It overlooks a beach that was one of few stretches of ocean that welcomed Black families throughout segregation and the Jim Crow era.

Little NaNa Dune, once a part of that dune system, was on the chopping block. Conservation groups are uniting to save the dune.

Longtime residents and leaders of community groups say the purchase of the Little NaNa Dune honors the legacy of someone who dedicated her whole life to conserving the beach and its natural dunes.

The sound of the wind and the ocean reminds Pastor Carlton Jones, who has lived in American Beach for 15 years, of the sounds of MaVynee Betsch.

The world-renowned opera singer is more commonly known here as The Beach Lady.

Jones is president of the group Friends of American Beach, one of several conservation groups in the area.

Betsch was the granddaughter of A.L. Lewis, Florida’s first black millionaire and the founder of American Beach, which was established in 1935.

“African Americans could not swim in the ocean, and that’s why the Afro-American Life Insurance company purchased American Beach,” Pastor Jones said.

The Beach Lady saved the NaNa dune from making way for development near the golf course.

A piece of historic land in this Nassau County beach was saved. A dune in the historic Black community American Beach was recently purchased for conservation. Story tonight at 6 @FCN2go (📸: North Florida Land Trust) pic.twitter.com/XcngX1SVHM

On what would have been her 86th birthday last week, the Little NaNa Dune was bought for conservation. The North Florida Land Trust said they closed on a $1.255 million loan to buy three parcels of land that make up a portion of the dune.

“It’s a part of our history here," Joyce Jefferson, president of the American Beach Property Owners Association, said. "We want people to come and see the history here in American Beach. It’s a rich history, it’s a very unique place."

Jefferson is excited the Land Trust acquired a portion of the dune, which Jones says could have been developed land.

“We wanted to protect this historic community and its natural benefits for the good of the wildlife that depends on it, and to protect the sense of place that rests in the memories of so many generations of families that vacationed in American Beach at a time when they were prohibited from beaches all across this country,” Jim McCarthy, president of North Florida Land Trust, said.

“If we don’t conserve the land here, we will lose that sustainability we have to protect our homes,” Jefferson said.

Jefferson said that American Beach is being revitalized, and is excited that other homes in the area will be getting a new water system while removing old septic tanks.

Jefferson and Jones agree American Beach has a history that deserves to be preserved and celebrated.

“It all goes back to the Beach Lady," Jones said. "She inspired and, before she passed, she talked to about three people, Carol Owens Alexander, myself, and I can’t remember the other person, and she basically gave each of us a task, is to protect the beach. And so that is part of what we do."

The North Florida Land Trust says the Little NaNa Dune is an important habitat for gopher tortoises and migrating birds.

NFLT is raising money through its Amelia Forever Campaign created two years ago to preserve the remaining natural spaces on Amelia Island.

Donations can be made on the North Florida Land Trust’s website.