A U.S. Mail carrier is still in shock after she was attacked by three pit bulls while on a route in Nassau County. 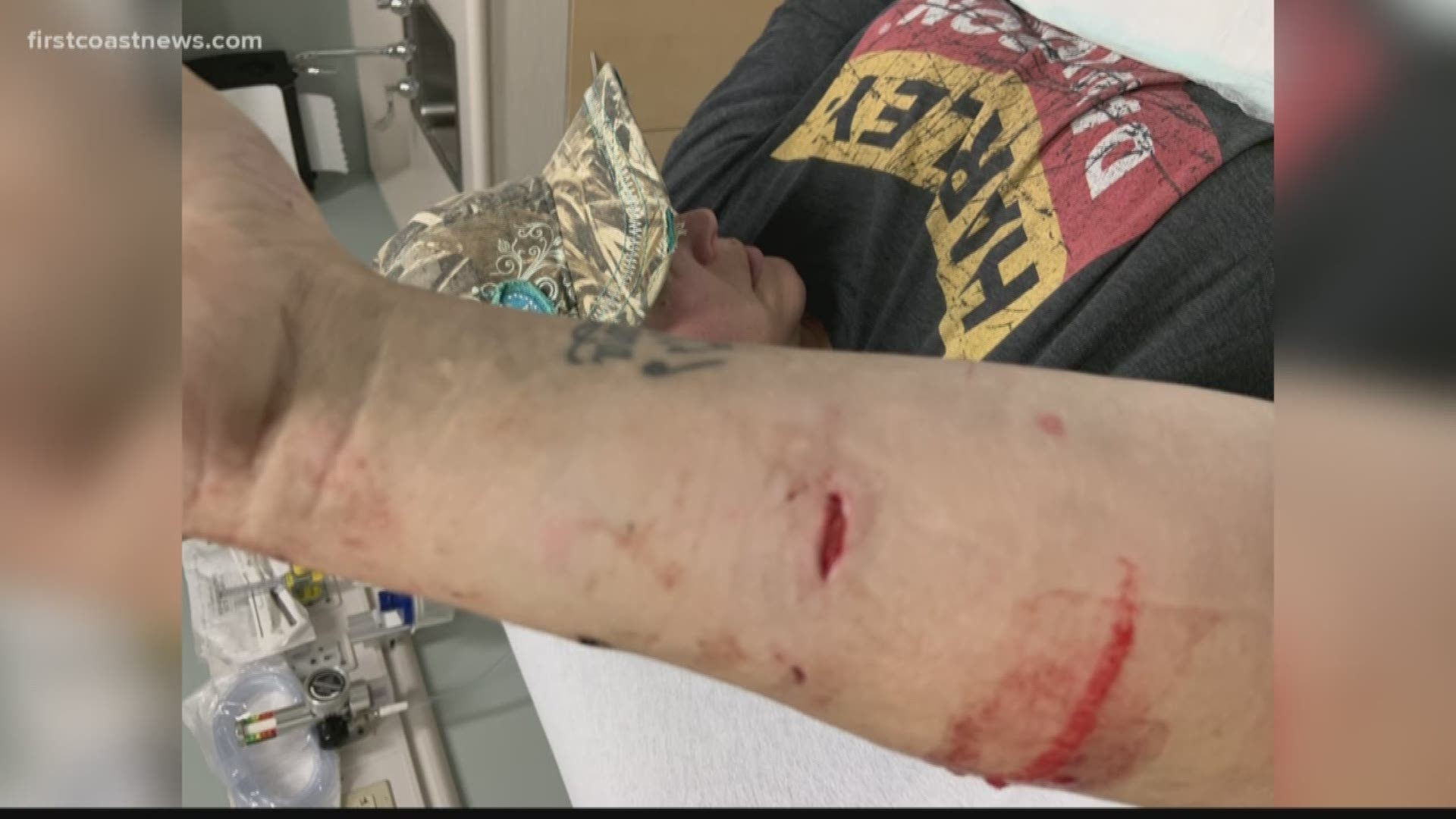 HILLIARD, Fla. — A U.S. Mail letter carrier is recovering after she was attacked by three pit bulls during her route in Hilliard.

Lacey Cassidy wears an arm sling with her arm wrapped in a heavy bandage.

" I have never pleaded with an animal in my life," Lacey Cassidy said. "All I could do was please, don't, please, I was just terrified."

Last Friday while on her route on County Road 108, Lacey Cassidy made a stop at a home that required a signature.

She said she went to the front door to obtain the recipient's signature when she said a pit bull charged through the pet door.

Pictures taken at the medical center show the extent of the injuries. She sustained multiple puncture wounds in her arm and a large gash on her finger.

"I was livid," her husband, Raymond Cassidy, said.

Raymond Cassidy said neither rescue nor law enforcement were called until he showed up. Raymond said he was the one who alerted them.

Eventually, his complaint was sent to the Nassau County Animal Control office and in response, they decided to quarantine the dogs in their home for 10 days.

"That is ridiculous, it does nothing," Raymond Cassidy said. "These people have a doggie door with no fence, no signs."

The postal service has now discontinued service to the home of the three pit bulls while the incident is under investigation.

Nassau County Animal Control is also looking into the case, but the Cassidys question just how much is really being done?

"When the animal control lady shows up with an affidavit that will get a $300 fine because that is all they're going to do, says to my wife that is not the first time the big one has bit somebody, what are they waiting for?" Raymond Cassidy asked.

The Cassidys owns several dogs and loves pets, but they believe this attack was so vicious that the pit bulls involved should be euthanized.

"These dogs have to be put down," Lacey Cassidy said. "It breaks my heart and kills me so bad, but nothing they can do will change the demeanor of that dog."

On Your Side contacted Nassau County Animal Control but the director has yet to respond.

The United Postal Service keeps track of dog bites and the most recent report shows the number of dog attacks on employees reached 6,244 in 2017.