The incentives are by far the biggest taxpayer-backed package the city has put up for the three vacant buildings. 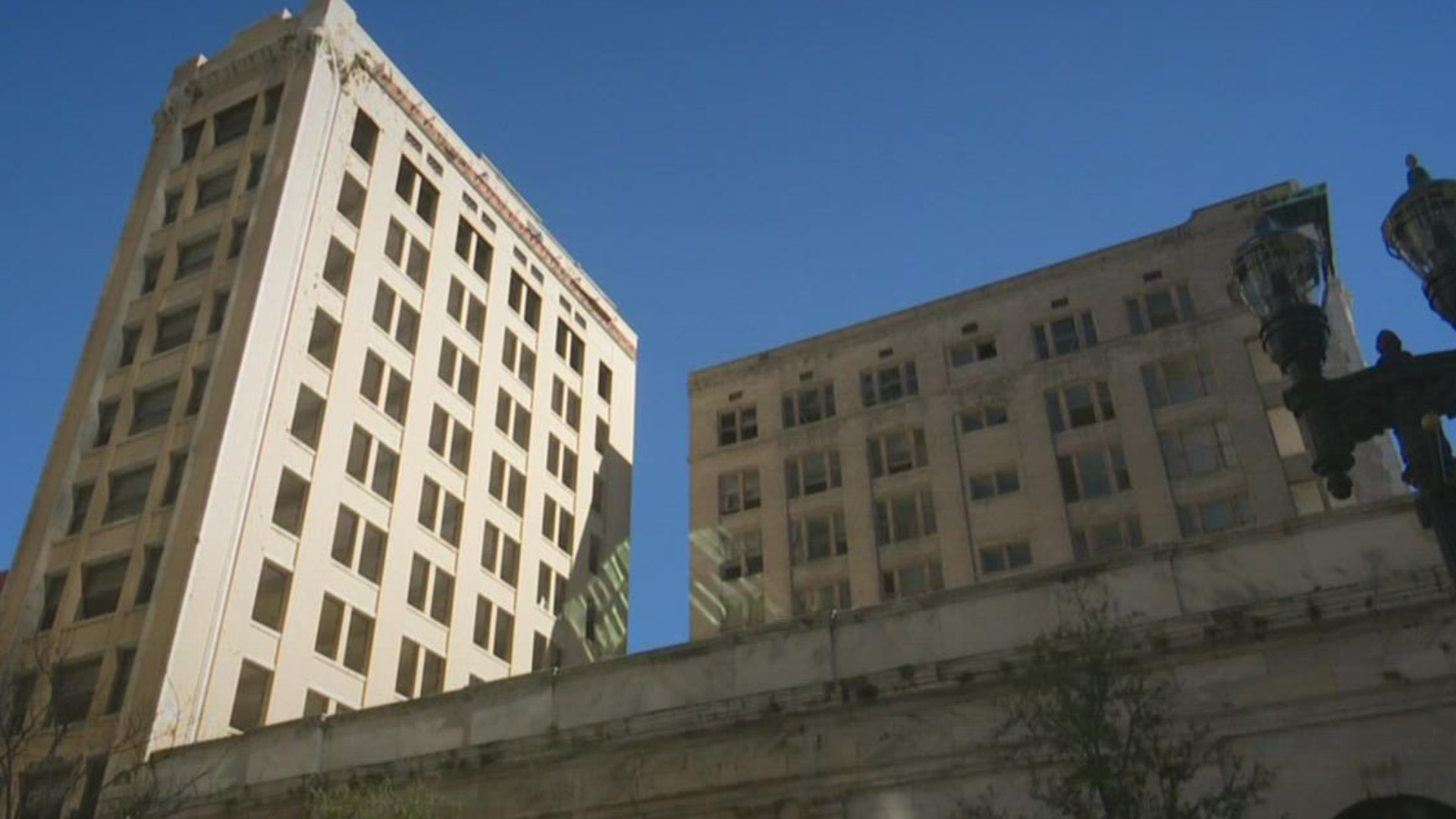 JACKSONVILLE, Fla. — Restoration of the historic Laura Street Trio in downtown Jacksonville can finally start this year after Jacksonville City Council supported giving $26.7 million in taxpayer incentives to the developer for turning the Trio into a Marriott hotel on what's been called the city's most historic corner.

City Council voted 15-1 for the incentives. LeAnna Cumber cast the opposing vote after she criticized the late addition of $2 million in taxpayer incentives beyond what the Downtown Investment Authority board approved in March.

"There's no reason to give them the $2 million," she said, arguing it undermines the city's process for determining incentive amounts.

SouthEast Development Group said in a statement it will start construction this fall.

Downtown Jacksonville "is one step closer to regaining use of its most significant historic buildings," said Steve Atkins, principal and managing director of the Jacksonville-based firm.

The incentives are by far the biggest taxpayer-backed package the city has put up for the three vacant buildings — constructed between 1902 and 1912 — that deteriorated while a series of revitalization attempts failed the past two decades.

Cumber said if the extra $2 million in incentives that City Council added to the package was really needed, the DIA board would have included it in the incentive package it recommended to council.

The addition of that money forced council to waive a requirement that the developer have at least a 10 percent equity stake in the project in order to qualify for $24.7 million from the Downtown Preservation and Rehabilitation Program that council established last year.

“I think it’s pretty outrageous, particularly when we’re saying we can’t fund the maintenance that we need (for city assets) and we need to raise (gas) taxes, and now we gave $2 million just because someone asked nicely," Cumber said.

Council member Michael Boylan, who filed the amendment for the additional $2 million, noted the council's finance and neighborhood committees both unanimously supported it.

"I think we all went into this with our eyes wide open knowing full well that this was a good investment for our city," Boylan said.

He said restoring the Laura Street Trio has long been viewed as a capstone for what's needed to revitalize downtown.

"I thought it really important out of fairness to the developer that we modify the arrangement so he could move forward with his dream in helping rebuild our downtown," Boylan said.

Where the money is coming from

The $2 million stems indirectly from work Southeast did on restoring the vacant Barnett Bank building across Laura Street from the Trio.

Southeast opened the Barnett project in 2019 and ended up spending $17 million more than expected for the work, according to a Southeast representative. The city did not pay any incentives, however, because another part of the 2017 agreement required construction of a new parking garage that did not happen.

Cumber said the developer defaulted on the 2017 agreement regarding the parking garage and that's why it didn't get any incentives. She said the upshot of authorizing $2 million more to the developer is it now has "zero skin in the game" for its equity in the Laura Street development.

City Councilman Matt Carlucci responded that Atkins, who has been trying since 2009 to restore the Trio, has "put his guts and his courage and his wallet into these three buildings to keep them from deteriorating.”

He said the buildings stand as testament to how Jacksonville "rose like a phoenix" out of the Great Fire of 1901.

The 2017 agreement would have provided $4 million to the developer for the Laura Street Trio restoration plus up to $1.8 million in property tax rebates. The deal with bigger incentives approved Tuesday replaces that agreement.

SouthEast Development Group will undertake a $70 million renovation of the Trio and construction of a new eight-floor building that will be built with a contemporary design. All four buildings will be interconnected for a Marriott Autograph Collection hotel with restaurants, a bodega and other retail space.

When work starts, it will join the construction by VyStar of a $22 million parking garage along Laura Street in the next block down from the Laura Street Trio. VyStar stepped in to build that garage after Southeast was unable to get it done.

The 807-space garage will mainly be used for VyStar's growing downtown campus but it also will have spaces that Marriott Autograph hotel guests could use during their stays. VyStar designed the parking garage so it would complement the new building that SouthEast will construct as part of the Laura Street Trio renovation.

You can read more about this story from our partners at the Florida Times-Union.