Last year it was a demolished building, this year it's an archaeologic site

The building at 9 Aviles Street was deemed unsafe and demolished. Now, archaeologists work to unlock the site's mysteries 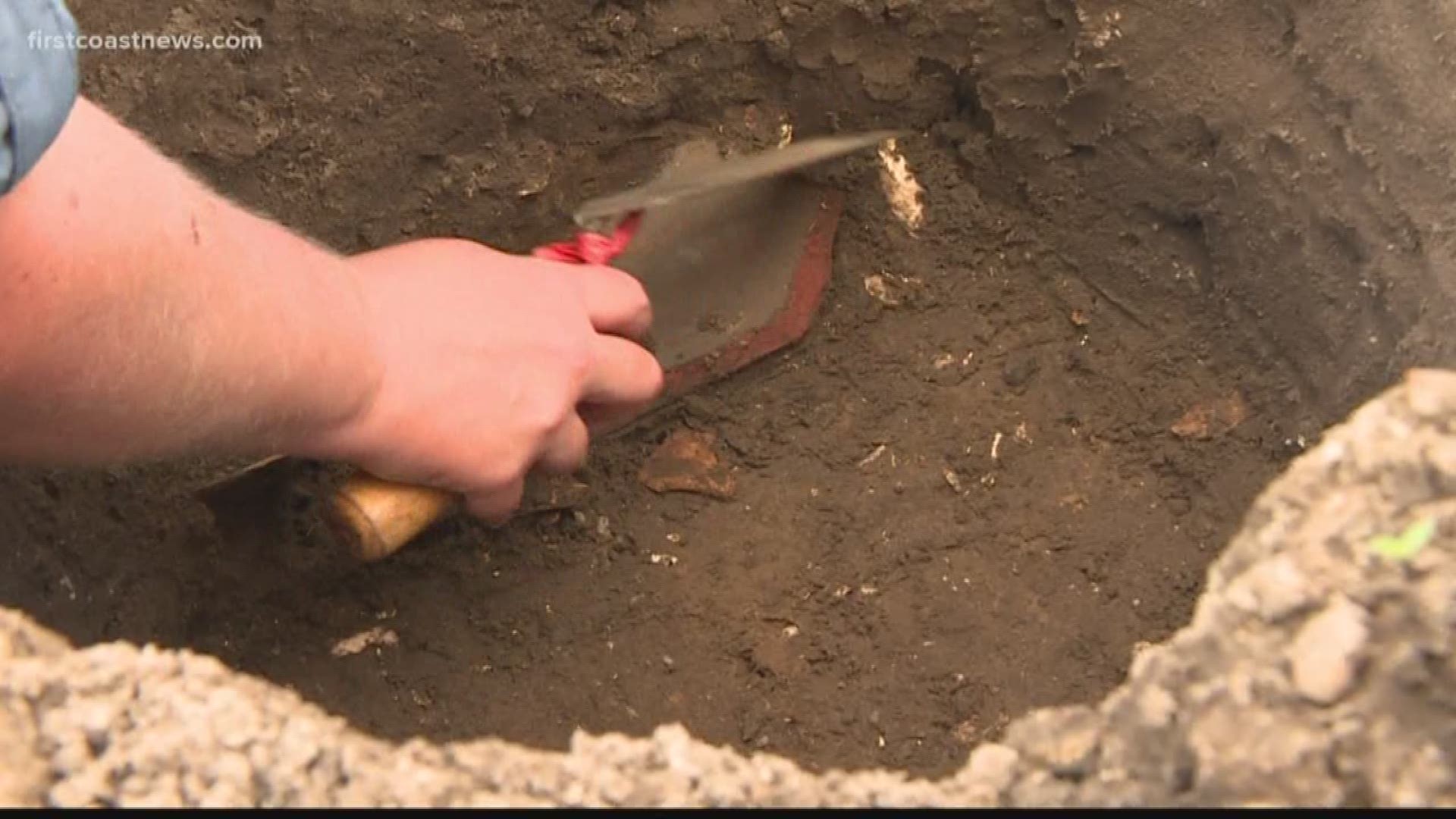 A year later, before a new building is built on that land, a city-required archaeological dig is underway.

The site is inside one of the oldest colonial parts of Downtown St. Augustine and the nation. The area dates back to when the European colonists moved to it in the late 1500s.

"We have found quite a bit of 16th-century material," St. Augustine City Archaeologist Andrea White said.

Friday, they uncovered a "rimmed vessel of some sort, like a vase" that's expected to date back to the 1500s.

They have also found Native American pottery dating to the 16th century as well.

There is a load of other artifacts dating up to the 1900s like pottery, ceramic dishes, bones from animals used for food and a wrought iron spike, just to name a few.

Even businesses near the dig, are interested in what will be uncovered. One of those businesses is a few doors down, at the museum of the original Spanish Military Hospital, which dates to the 1700s.

"They feel from the maps, that the hospital's kitchen is sitting on that property, Nick Wilson at the museum said. "So that's exciting for me."

Wilson is hoping the team finds something kitchen or hospital related.

Besides a hospital, the site has been all kinds of things, including a police department, jail, firehouse, and even a printing shop. Archaeologists have already uncovered typeset letters.

However, the land's earliest history is still a mystery.

The first colonial map that shows a building on the site dates back to 1788, according to White. She said it's unclear what the building was, and that by the time the map was made, the parcel had already been used for 200 years.

Archaeologists hope their research will help solve the land's mysteries and also reveal how far the colonial town extended.

Beau Pineda with Brandon Construction is working on future plans for the land. He said the new building is still in the permitting stages and that it will look similar to what was there.

Meanwhile, down the road at the original Spanish Military Hospital Museum, First Coast News showed Wilson a photo of a fork found at the dig site.

He pointed out the bone handle and metal tines.

"Kitchen!" he said. " It could be from a kitchen. I'm excited about that."

That same excitement is what the archaeological team shares as they scrape up the mysteries the site holds.