The spill was caused by a blockage of items that should not have been flushed or put down the sink, the county said. 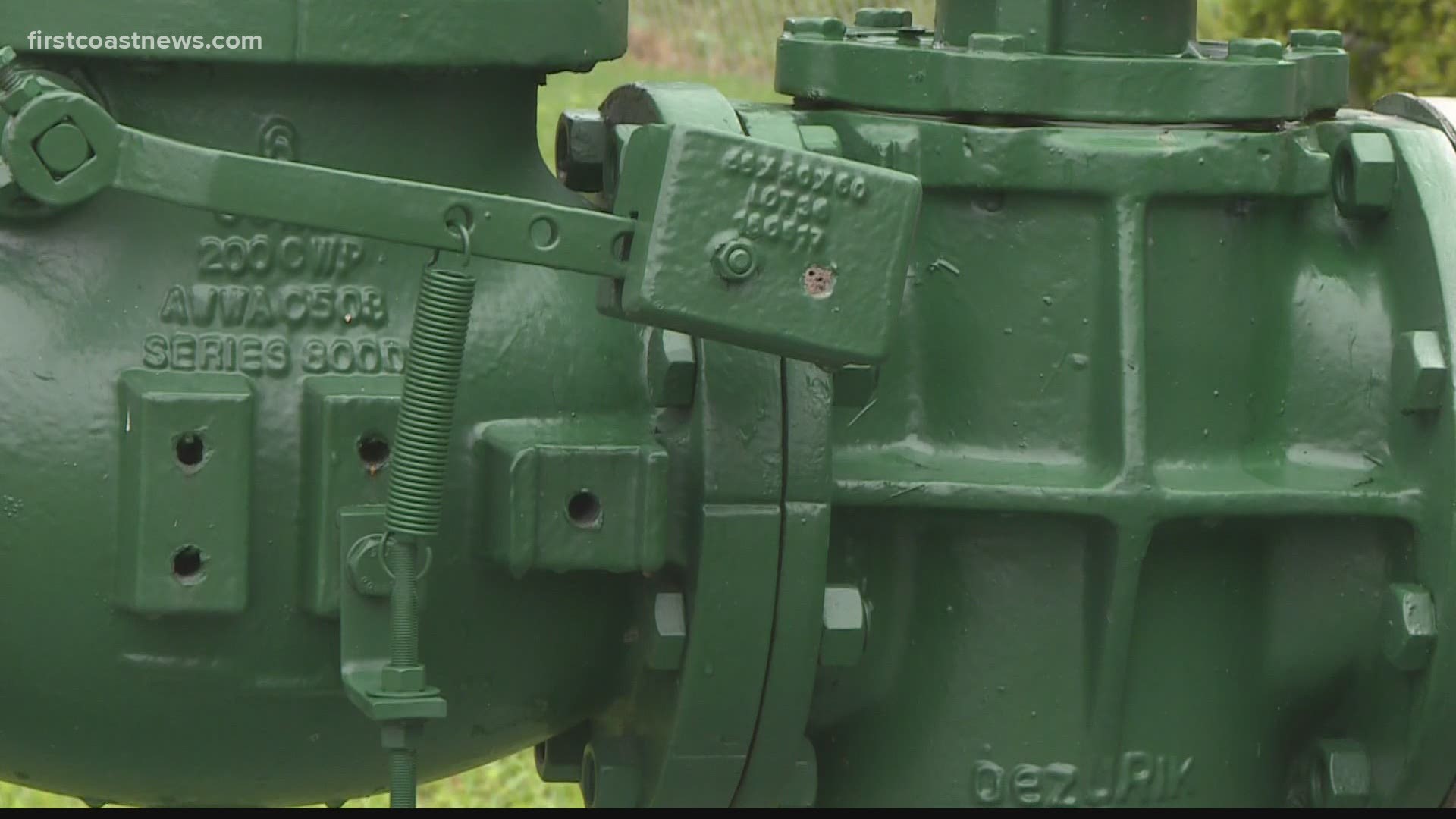 ST. JOHNS COUNTY, Fla. — At Holiday Lake in St. Augustine, animals dwell in and around it, homes line its banks and there is also a contraption nearby. It's a lift station which is a pumping station that moves wastewater from pipe to pipe.

This weekend, a line blockage caused wastewater – including sewage -- to back up and spill out onto the ground and into the lake, according to St. Johns County’s Environmental Division Manager Tony Cubbedge said.

The lake affected is a sizable body of water, several blocks long. It runs through a chunk of the St. Augustine Shores neighborhood.

Cubbedge reported 18,000 gallons of sewage spilled in the lake on Saturday.

That’s the equivalent of 450 bathtubs of sewage. That’s five times more sewage than what has spilled so far in all of 2021 in all of St. Johns County, according to Cubbedge.

"It was not a typical spill that we have," Cubbedge said.

The cause of the blockage was items people put down the pipes in either their kitchen or bathroom. That includes wipes that say "flushable" on the packaging.

"They say 'flushable,' but they’re not really flushable," Cubbedge said. "Many studies have shown they do not break down in the sewer system. They cause call sorts of challenges for us."

Other stuff created the blockage too, such as dental floss, hair, rags and cooking grease.

The county was able to clean up about 20% of the spill.  Some of the sewage did get into the lake.

"We started some water quality monitoring," Cubbedge said. "We went further down the creek, toward Moultrie Creek and we did not find any fecal coliform contamination anywhere beyond right at the immediate lift station."

For those who live closest to the spill site, the county suggests no fishing or swimming.

"This is a great opportunity to remind our customers the only thing they should put down the toilet  is toilet paper and human waste," Cubbedge said.