As of Tuesday morning, the fire is about 683 acres in size, according to the Florida Forest Service. So far, 75% of the fire is contained. 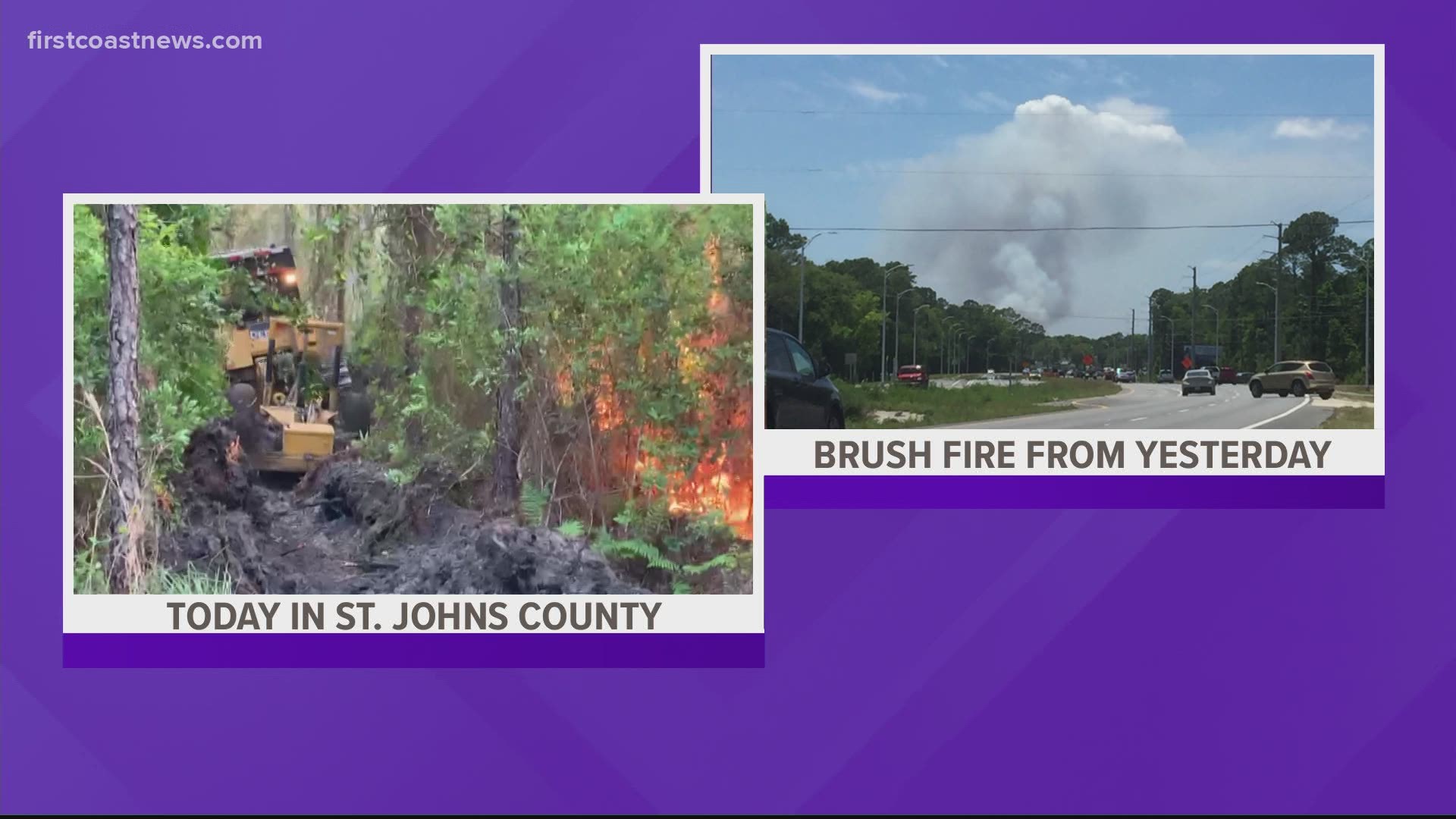 The fire is now about 683 acres in size, according to Florida Forest Service Bunnell District. So far, 75% of it is contained. It was first reported as an 80 acre brush fire late Monday afternoon.

FFS says that successful burnout operations took place Monday night with wildland firefighters working through the night to monitor for hotspots and keep the fire within containment lines.

Hot, dry and breezy conditions are expected for Tuesday and FFS says firefighters and response partners will be engaged in wildfire containment and suppression activities throughout the day.

The fire is located in a very rural area south of World Golf Village. Therefore, there has been no danger to any homes. This is also because the wind pushed the fire west toward the St. Johns River Monday evening.

Crews have been focused on containment. However, once they do have the brush fire under control, they will go back out to determine the cause of the it.

There were no injuries reported, but – out of precaution – one firefighter was taken to the hospital to get checked up after his dozer got close to the flames.

UPDATE: The brush fire has scorched 675 acres, but it is now 75% contained.

Out of precaution, one firefighter was taken to the hospital to get checked up after the flames surrounded his dozer. @FCN2go