Employees say upon checking the vehicle’s VIN number, they discovered the vehicle was stolen from the dealership’s lot just a few days prior. 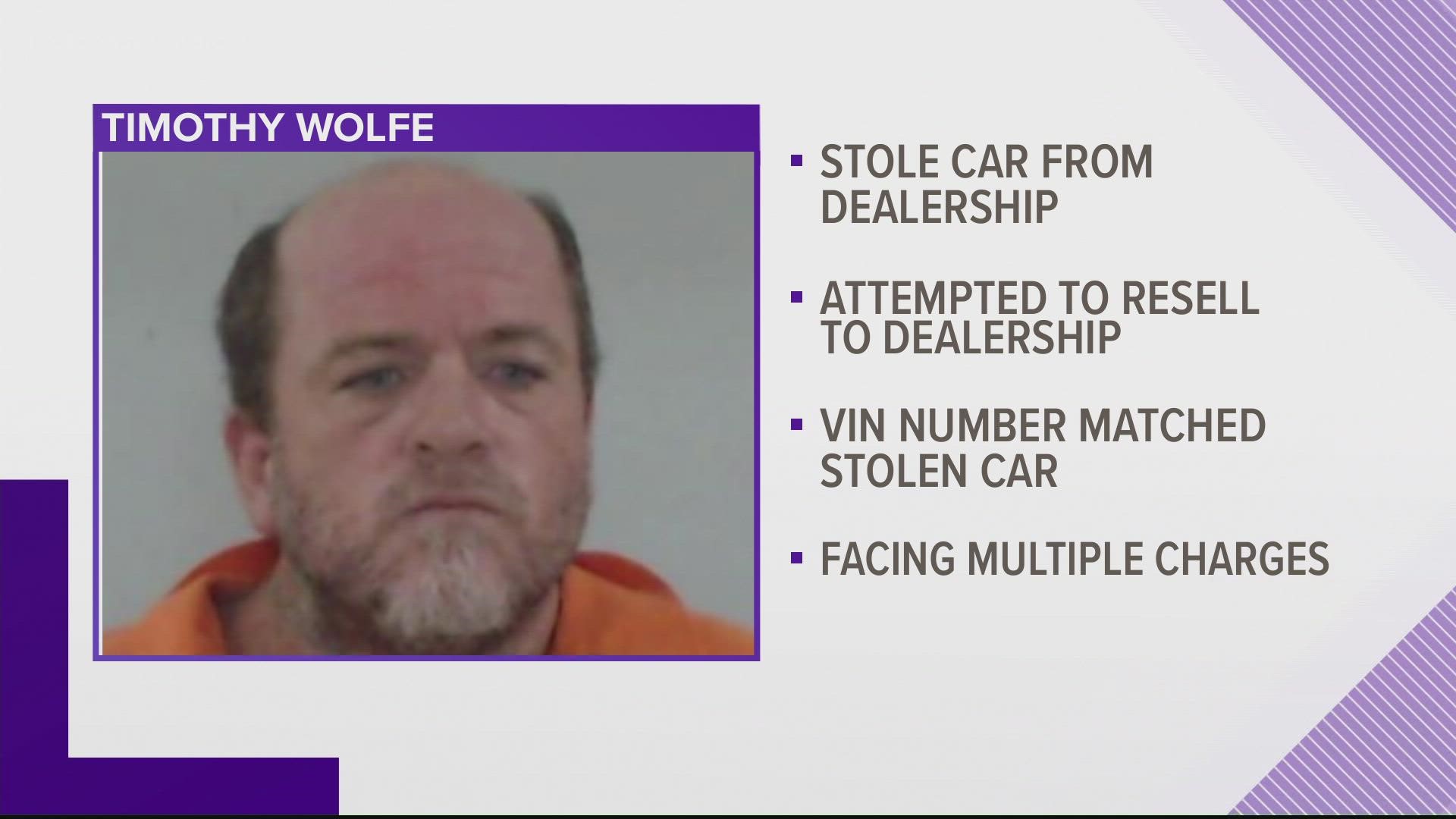 JACKSONVILLE, Fla. — (The video above is from a previous unrelated report)

A Lake City man tried to trade in a vehicle this week, but instead of a new car, he ended up with multiple charges.

On Monday, the Lake City Police Department was dispatched to 4325 W US Hwy 90, Lake City Chrysler Dodge Jeep, to a report of a stolen vehicle.

Upon arrival, officers spoke to employees who advised that an individual came to the dealership and was attempting to trade his current vehicle for a new one.

However, employees say upon checking the vehicle’s VIN number, they discovered the vehicle was stolen from the dealership’s lot just a few days prior.

Police say after being advised of his rights by officers, the customer, identified as Timothy Wolfe, admitted to stealing the vehicle from the dealership lot.

Wolfe was arrested and transported to the Columbia County Detention Center without further incident.

He was charged with grand theft of a motor vehicle, dealing in stolen property, criminal mischief and petit theft.

RELATED: Police: Man arrested after stealing car, going on chase with child inside in Glynn County