Would you sign on to stay with a company if you were placed under a gag order? 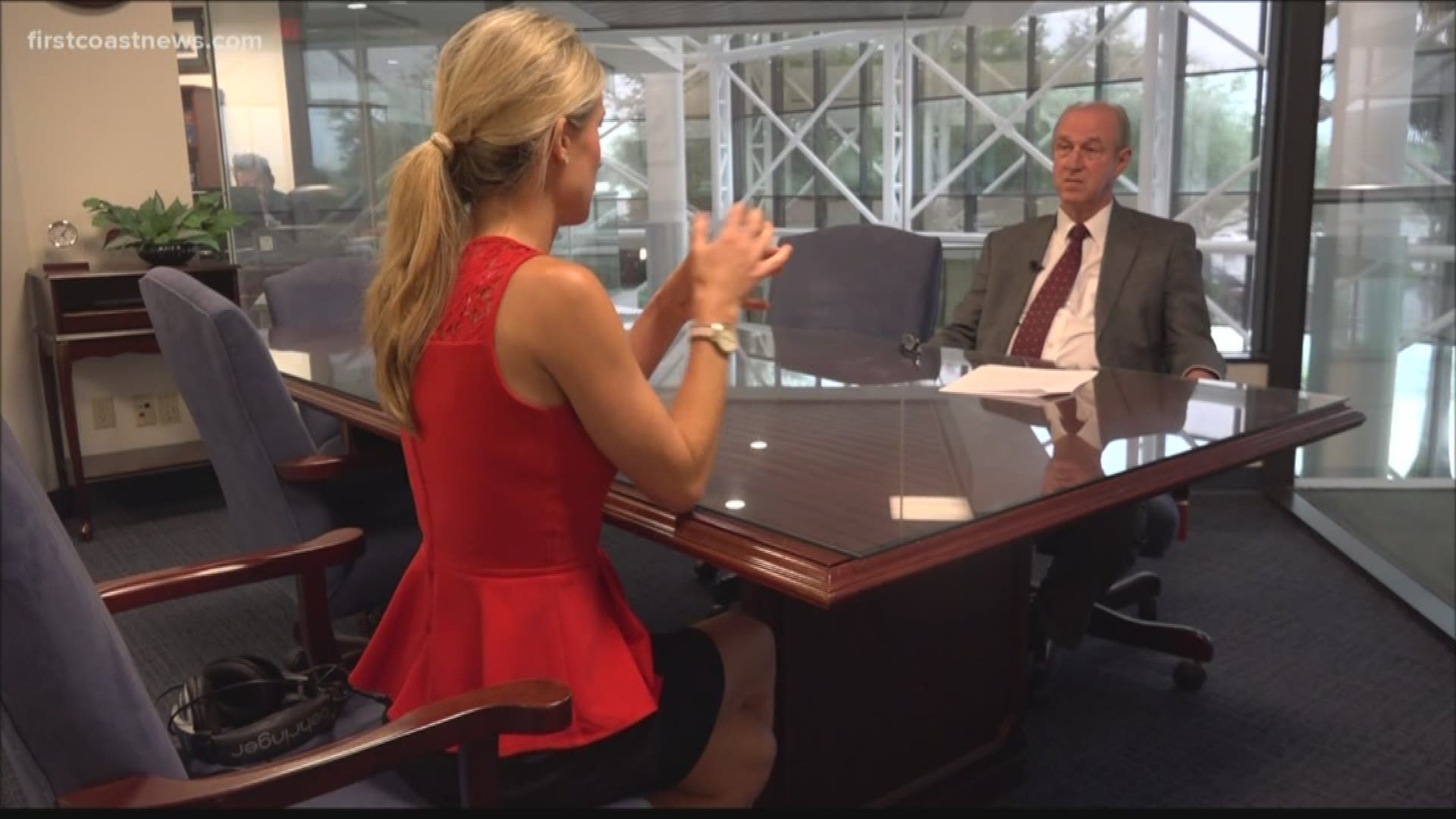 JACKSONVILLE, Fla. — Would you sign on to stay with a company if you were placed under a gag order? That’s what an attorney says JEA employees are faced with as the utility looks at privatizing.

Jacksonville Attorney Archibald Thomas specializes in employee rights and labor law. He looked over the letters and documents sent to JEA employees Tuesday following the JEA board meeting that offer bonuses in the event of a sale or merger, but prohibit employees from making “unauthorized” public comments about JEA.

"It might be more of a moral issue than an ethical issue," said Thomas. "I would say it would probably be a violation of the first amendment to require someone to agree to that."

He says that’s because JEA is a public company. The first amendment is protected.

"And with a private company the first amendment just doesn’t apply."

In JEA’s latest proposal, employees who want retention bonuses must abide by the rules. For example, they cannot “make any unauthorized public statements” about the utility. Otherwise they have to pay that bonus back to JEA.

Another local labor lawyer, Tad Delegal, tells First Coast News, "If the JEA is creating some sort of bonus program, that alone is an unfair labor practice if the JEA didn’t negotiate with the unions. Creating the other terms in the form of a private contract would also constitute an unfair labor practice, since the JEA is individually negotiating with members of the union without the involvement of the union or unions."

Meanwhile, JEA Executives were given “non-disparagement” agreements to sign.

"So even if the information is true, a non-disparagement clause would prohibit them from discussing it," said Thomas.

A non-disparagement clause is something Thomas says would typically only be seen in legal settlements, not contract negotiations. It's something seen with JEA CEO Aaron Zahn’s former company BCR Environmental.

Thomas says after his company was sued by the city of Starke for failing to following through on promises, the law firm representing Zahn and company tried to enforce a non-disparagement agreement in a settlement with Starke officials.

"The attorney for the City of Starke said 'we are not agreeing to that,'" said Thomas.

As for incentives for a sale or merger, JEA is also using a kind of bonus to sweeten the deal for customers.

Now, JEA is saying customers could get up to $1,400 each, if the company decides to privatize or sell.

Thomas says it's important to note that at the end of the non-disparagement agreement there is a clause that explains if anything in the contract violates the law then it shall be revoked and ultimately not enforced. Thomas says that’s JEA covering themselves in case a judge does find something in this document to be unconstitutional.

Mayor Curry also declined a request for an interview. His office told First Coast News, “the statement that he issued regarding JEA yesterday is the only thing he will be discussing at this time until he has details and research-- or more information--- from the JEA board.”