GreenWater Laboratories in Palatka gets samples from across the country to test for the potentially toxic bacteria. 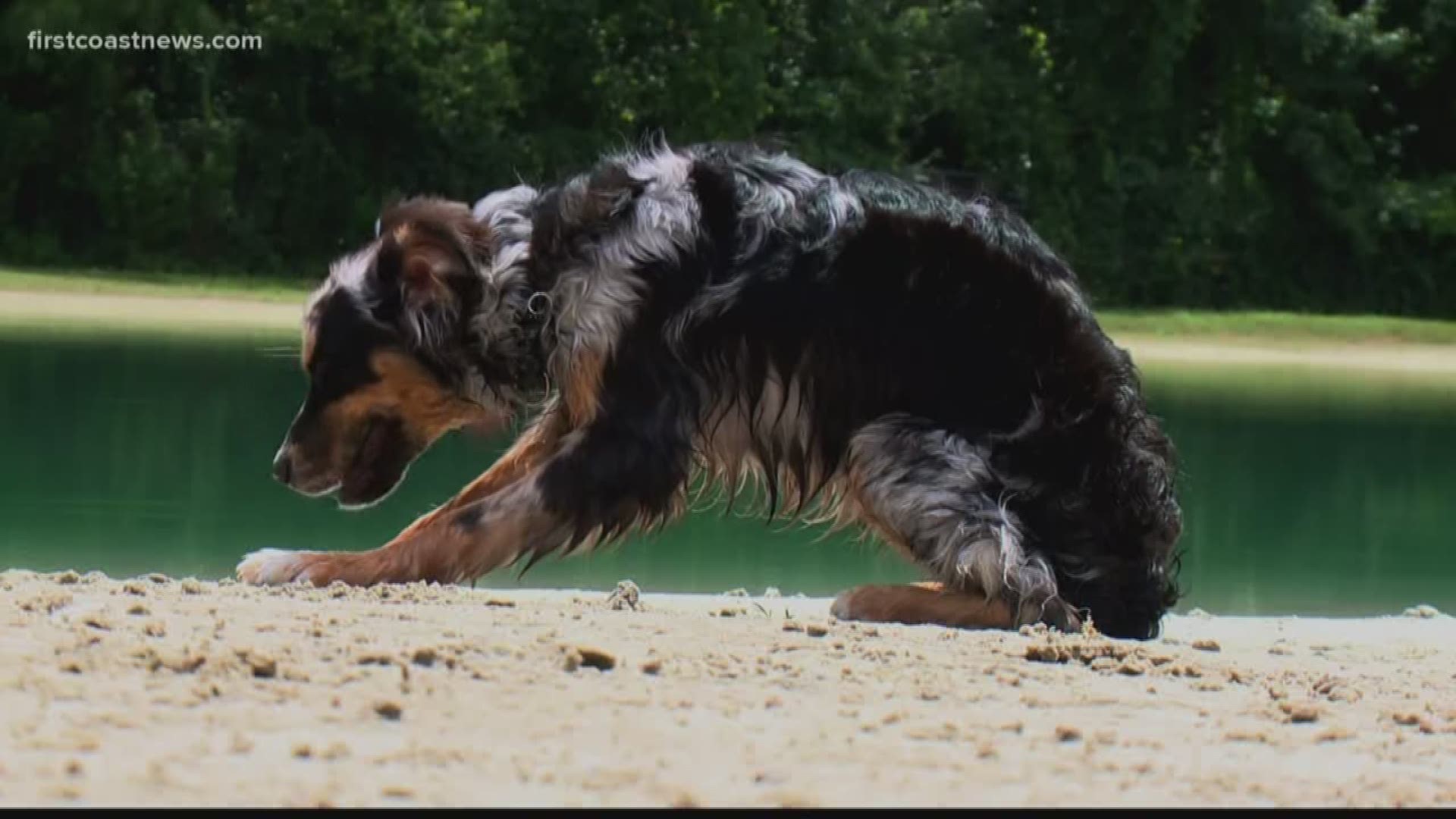 On a hot Tuesday afternoon, Flynn, an Australian Sheppard puppy, cooled off in the water at Dogwood Park.

His owner, Ashley Habat, made sure she checked the water first, though, before he hopped in due to several dogs dying across the south from playing in a pond with toxic blue-green algae.

"It's just something that a lot of people don't know about and don't look for [toxic blue-green algae]," Habat said. "That's one of the reasons why we stick to dog parks or pools and don't take the dogs everywhere."

Blue-green algae is a type of bacteria that's usually found in stagnant water, especially where it's warm, and it can be toxic, according to Shannon Blankinship with the St. Johns Riverkeeper.

She said those toxins could cause liver failure in animals and possibly kill them. It also can adversely affect humans by causing rashes and nausea.

According to Blankinship, the trick about the toxins is you can't always see them. Sometimes the blue-green algae will clump together and sit in a greenish film on top of the water. Other times it will disperse and sink to the bottom, making it not visible.

"We're seeing it all over the country," Mark Aubel with GreenWate Laboratories said. "As the climate is starting to warm a little more ... we've always seen it everywhere, but now more so just because of the warming trend now."

GreenWater is a small lab in Palatka that tests water samples from all over the country. It's one of the only labs that test for Cyanobacteria, also known as blue-green algae. The St. Johns Riverkeeper samples water from the St. Johns and sends the samples to GreenWater.

According to Blankinship, the owners of privately owned lakes and ponds are responsible for testing their own water. Ponds like at Dogwood Park.

According to the manager at the dog park, they use an aerator to keep the water from staying stagnant. They also use a non-toxic dye treatment once a month to try to keep the algae from growing, but she said it's not always a 100 percent guarantee.

“They [Dogwood Park employees] take care of the grounds and their lake, and it’s not a risk to me now," Habat said. "If we were out in some random hiking trail and came across a pond, I probably wouldn’t let my dogs get into it."

Aubel said his lab tests first to see if the sample is Cyanobacteria or blue-green algae, then tests to see if that bacteria is toxic. According to Aubel, treatments can work to get rid of it in water but not all the time.

“Be cautious, I mean, look at the water," Aubel recommended. "If the water is green or you don’t feel good about the way the water looks, then avoid it. If you own it privately, then certainly get it tested."

"Otherwise, contact whoever is responsible for that water," he said. "In most cases, you're going to have to let nature take its course and hope for some rain that will eventually dilute [the algae] out."

Aubel said toxins with blue-green algae are more prevalent when there is a thicker algae bloom. He said they've seen more algae blooms in the St. Johns River south of Jacksonville. He said although some samples have come back positive for toxins, there are no severe hazards.

First Coast News called several other labs in the area that test water. Most said they don't test for Cyanobacteria, saying the EPA dictates their testing. One manager said the blue-green algae bacteria isn't too common in the water they are asked to test, so it doesn't justify the return on the investment for them. Labs are usually niche labs, testing for specific bacteria, he said.

Aubel predicts more labs will start testing for Cyanobacteria, or blue-green algae, because of the prevalence of blue-green algae in water across the country. GreenWater can tell if a sample has toxins the same day a sample is dropped off.