Tiz the Law trainer on protesters: 'I don't know what they're going to do. These rioters' 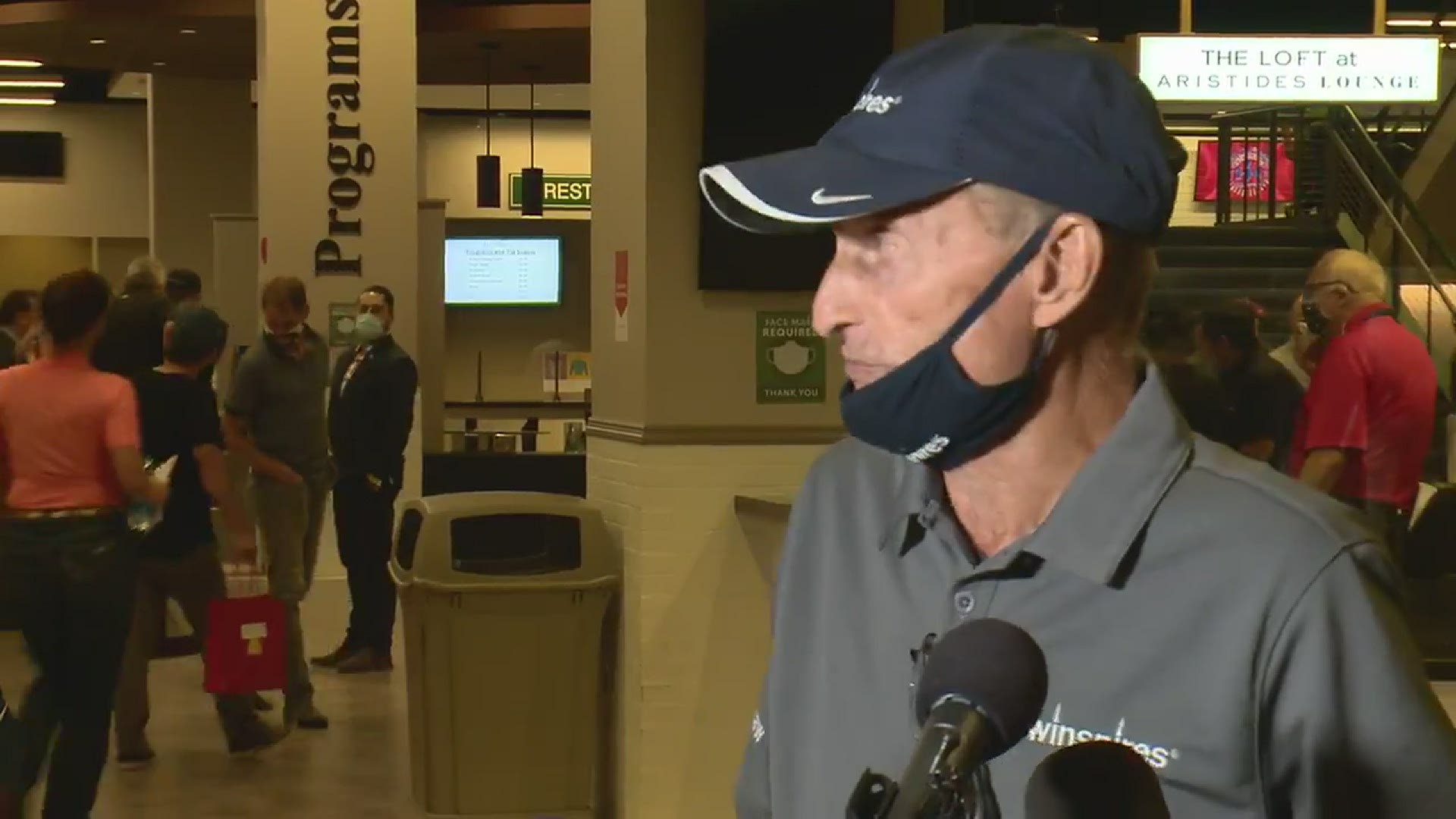 LOUISVILLE, Ky. — Groups in Louisville have been protesting the death of Breonna Taylor for nearly 100 days. The group Until Freedom recently moved to Kentucky and said they plan to continue protesting until the Attorney General's office charges and arrests the officers who shot and killed Taylor.

They also announced plans to protest during the Kentucky Derby on Saturday, September 5.

Here's Tiz the Law trainer Barclay Tagg after he was asked about his concern coming to Louisville... and his feeling now that he's here given the recent protests in the city. @WHAS11 pic.twitter.com/HcjsN6d68f

Tiz the Law is the 3-5 morning-line favorite for the 146th Kentucky Derby and will attempt to become the first winner from the No. 17 post position draw for Saturday’s marquee race for three-year-olds.

All the race favorites will break from the outside. Second choice Honor A. P. — at 5-1 odds — drew the No. 16 post at Churchill Downs.

RELATED: Art Collector will not run in Kentucky Derby due to 'minor foot issue'

RELATED: 'We hope that it's the longest two minutes in the history of sports': Several groups plan protests for Kentucky Derby weekend