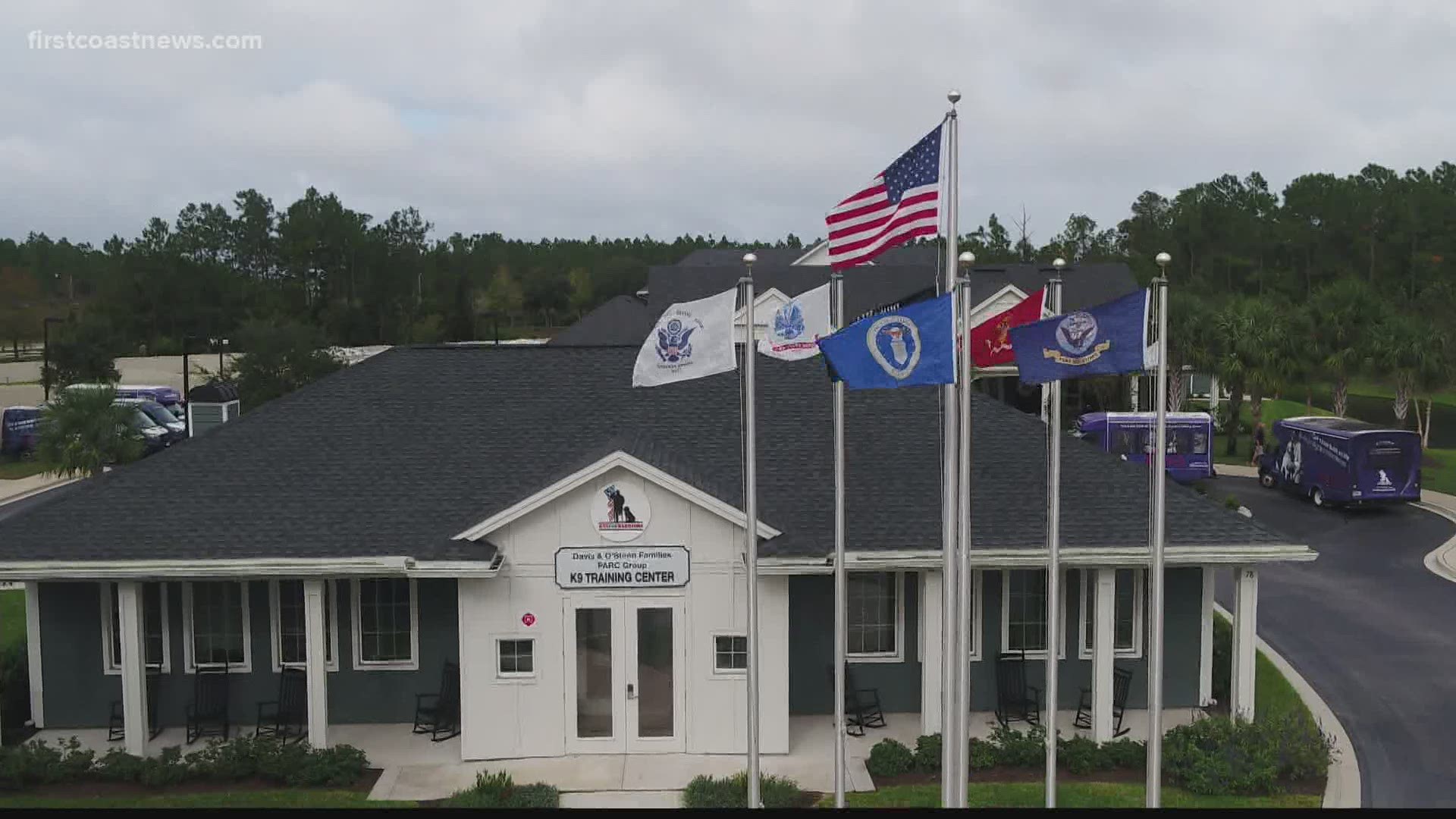 JACKSONVILLE, Fla. — After over five months of rigorous training, three individuals were recognized Tuesday by K9s For Warriors for graduating from its inaugural dog trainer apprentice program.

The class garnered more than 500 applicants and was conducted at the organization’s Gold Family Campus in Alachua.

The organization says a critical element of the apprentice program is how it will help contribute to K9s For Warriors’ broader mission, as the largest provider of trained Service Dogs to military veterans suffering from PTSD and other military-related trauma.

K9s For Warriors plans to break ground on a Northeast Florida mega kennel facility next week that can house more than 150 Service Dogs-in-training.

“It’s not as though we can simply turn a switch and make more copies of well-trained Service Dogs,” said Paul Mundell, chief program officer at K9s For Warriors. “The skillset required of both the dog and trainer are unique. This program will allow us to ensure quality control and uniformity, regardless of location.”

The inaugural class of apprentice trainers will spend the next month or two working under the direction of a mentor trainer at K9s For Warriors’ national headquarters. Following that span and upon familiarizing themselves with their new responsibilities and surroundings, they will officially transition into a full-time trainer role.

For additional information on the dog trainer apprentice program, check out a recent K9s For Warriors blog post.