The Jacksonville Sheriff's Office says a van crashed into a tent belonging to the Republican Party of Duval County at a Walmart parking lot. 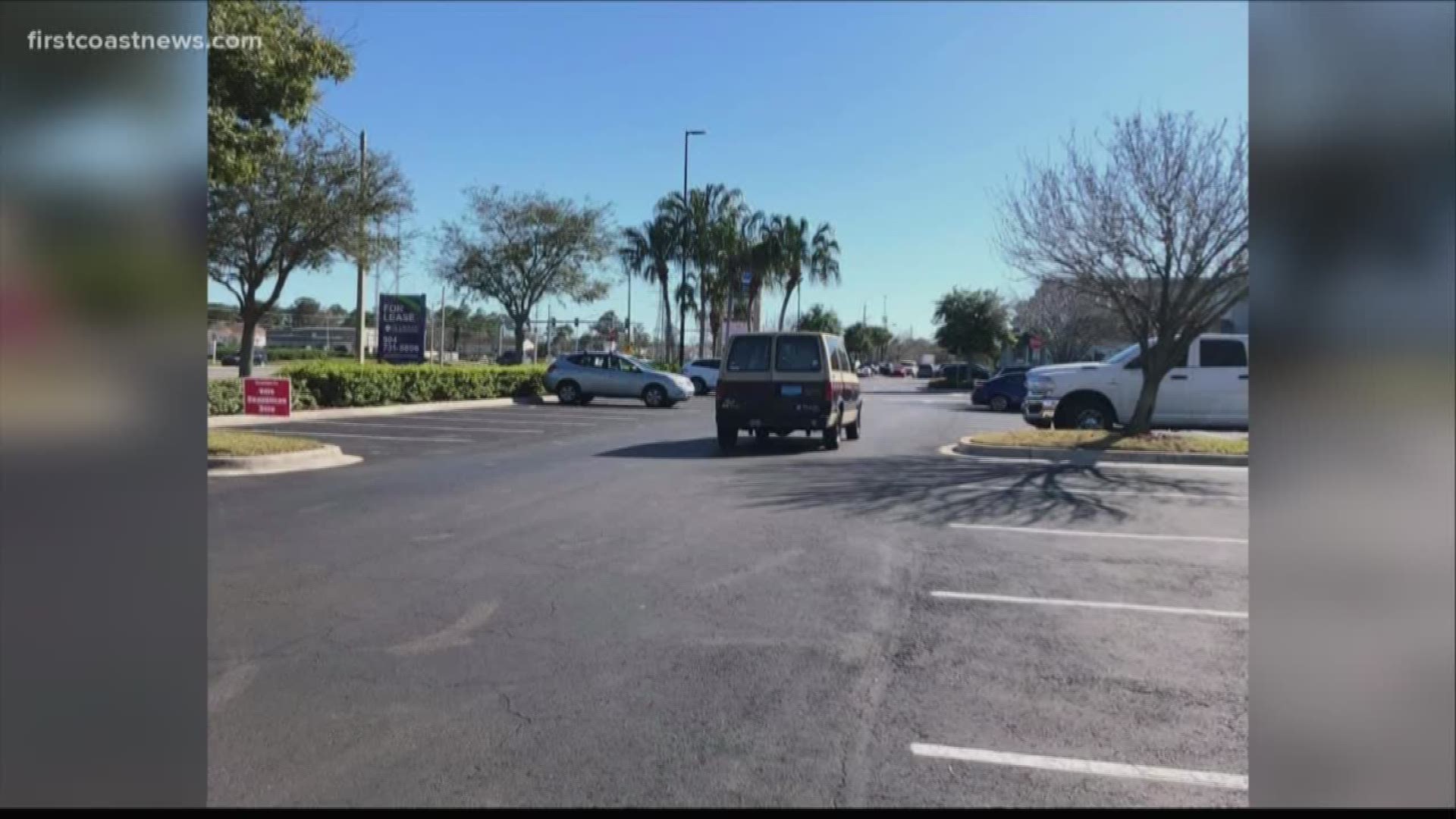 The Jacksonville Sheriff's Office is investigating after witnesses said a van purposefully drove into a tent belonging to the Republican Party of Duval County Saturday at the Walmart in Sandalwood.

JSO was called to the scene at 11900 Atlantic Blvd at the Kernan Village shopping center just before 4 p.m., police said. Witnesses told police that the driver, described as a man in his early 20s with thin brown hair, pulled up to the tent where volunteers for the Republican Party were registering people to vote. He then drove through the tent and over their tables and chairs. No volunteers were hurt, according to JSO.

"When did violence become the answer? Just because I don’t agree with you? That’s not America," volunteer Gerri Woodham said.

"We have a right to disagree. We don’t have to agree. That’s what America is about, but we should have peaceful discourse," Woodham said.

The driver then stopped, took a video with his cell phone and drove off, JSO said. The van is described as an older '80s model brown Chevy with a yellow stripe down the bottom.

JSO said intelligence detectives were called to the scene, though it is unsure if the crash was politically motivated.

“I don’t know if he was just upset about something else or if it’s politically motivated," Lieutenant Larry Gayle with JSO said.

"We’re obviously going to follow that up and we take that very seriously. Anybody who interrupts a political process in this country needs to be taken very seriously," Gayle said.

President Donald Trump tweeted about the incident saying, "Law Enforcement has been notified. Be careful tough guys who you play with!"

Credit: Twitter
President Donald Trump responds to reports that a driver purposefully crashed his van into a tent owned by the Republican Party of Duval County.

Marco Rubio also responded, saying he was thankful no one was hurt.

Officers said no one has seen the video reportedly taken on the man's phone. JSO said detectives have requested video from nearby businesses as part of the investigation.

The incident is being investigated as aggravated assault and criminal mischief.