JSO is retroactively censoring the names of officers involved in police shootings, following a court ruling that determined officers are victims too. 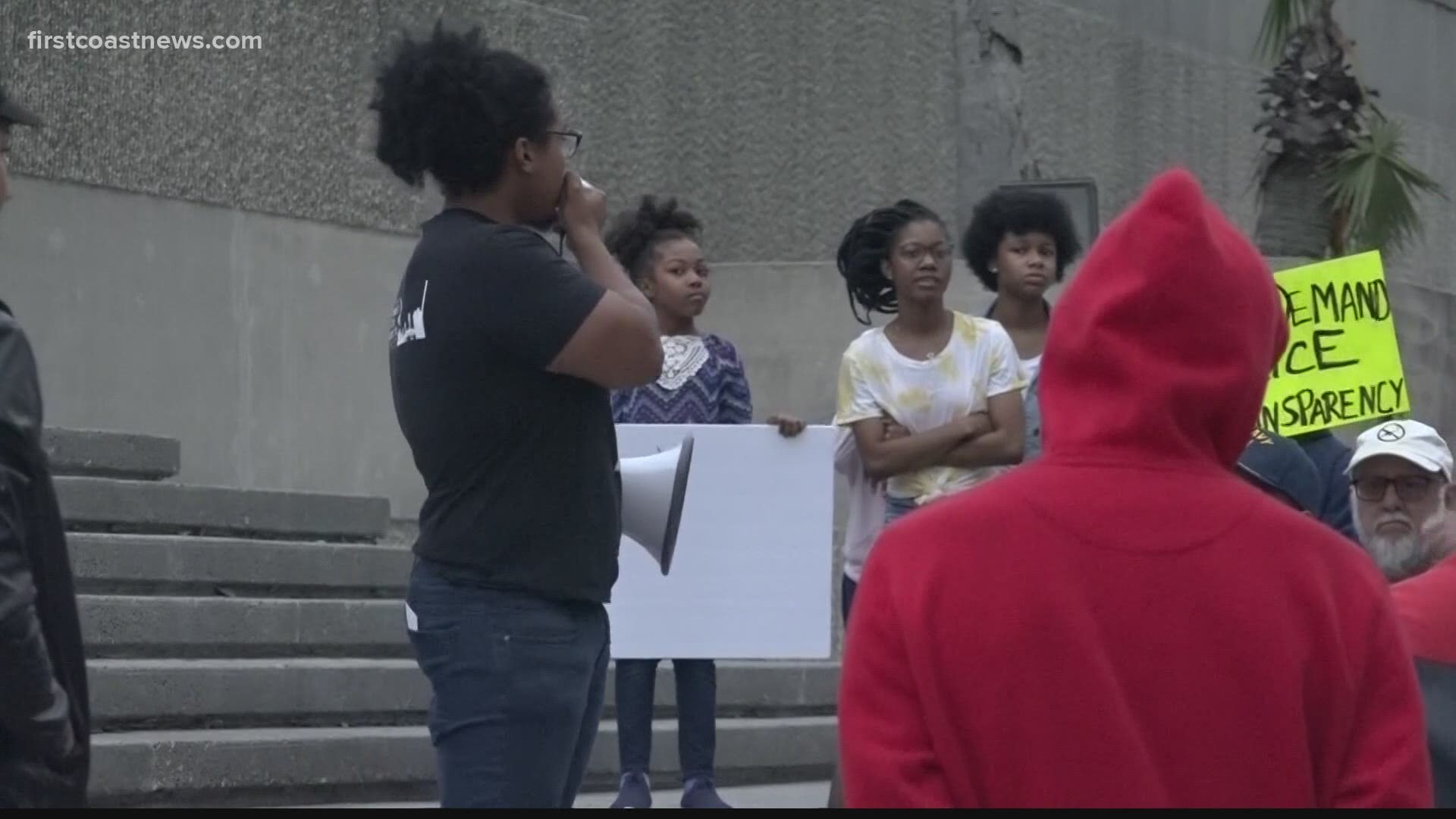 JACKSONVILLE, Fla. — Police shootings around the country have heightened calls for greater transparency from law enforcement.

But in Florida, things are moving in the opposite direction.

Following last month’s court ruling by the First District Court of Appeal, the Jacksonville Sheriff’s Office has quietly begun redacting the names of officers who shot or killed people in the line of duty from its public databases. Going forward, JSO will no longer release the identity of any officer involved in a police shooting.

The move comes after a broad new interpretation of Marsy’s Law, a constitutional amendment approved by Florida voters in 2018. The amendment was part of a national effort to get states to expand the rights of crime victims.

Florida advocates sold it as a way to protect victims of domestic violence from having personal information released to their assailants. And it was championed by TV celebrity Kelsey Grammar, who endured the murder of his father, and the rape and murder of his 18-year-old sister.

He said the law would keep victim’s families from being shut out of parole decisions, as he was in his father’s case.

The new law duplicated much of what was already on the books in Florida, like protecting the identity of victims of domestic violence and sex crimes. But it opened the door to vast – and vastly different – interpretations among the state’s myriad law enforcement agencies.

Within months of its passage, police departments began withholding previously public information – not just victim identity, but the location or even the approximate area where a crime occurred.

In October, the Jacksonville Beach Police Department cited Marsy’s Law when it refused to release a 911 call following an alleged child murder.

In November, the St. Johns County Sheriff’s Office refused to release the age of a child being held in a home barricaded by an adult man for the same reason.

In February, JSO cited the law when it refused to disclose the name of a school where an alleged sexual assault had occurred.

In one particularly expansive interpretation of the law, following a hit-and-run crash that killed two cyclists, SJCSO refused to release not just the victims’ names, but their ages and genders.

That already-broad interpretation was greatly expanded in April when the First District Court of Appeals said officers qualify as victims in use-of-force cases. Though the addresses of officers and their families were already protected from disclosure, the court ruling means that now even their names will be protected.

JSO says the court’s interpretation applies not just to officers who are threatened or assaulted before a shooting – literally, victims of a crime -- but any officer involved in any police shooting.

“Anyone having to shoot a suspect for any given reason -- they would rate Marsy’s law on that as well,” Public Information Officer Christian Hancock told First Coast News. “We would afford that to an officer.”

Hancock said there was no written directive to begin removing officer names from the JSO Transparency Page, which he called an “administrative ruling.” The Transparency website was initially heralded by Sherriff Mike Williams as proof of his agency’s accountability, calling it an effort to win back additional community trust.

“At the very core of improving the public’s trust is the agency-wide commitment to enhanced transparency,” he told the Florida Times-Union in 2019.

The First District Court of Appeals’ decision is opposed by a consortium of media groups, which believe it violates the state’s government in the Sunshine Laws. Those groups have joined with officials in Leon County, where the case originated, in appealing the ruling.

That argument now heads to the Florida Supreme Court.

“Initially, it was widely debated in Florida as to whether on duty law enforcement officers should be able to elect Marsy’s Law when victimized during a crime. Law Enforcement Agencies around the State were divided as to how their agencies’ policies would be developed as a result of the change. The Jacksonville Sheriff’s Office Administration, in looking at all the available information and factors presented, decided to set policy that did not allow its officers to elect Marsy’s Law when victimized while on duty.

The 1st District Court of Appeal’s recent decision has allowed for the debate on whether to grant officers Marsy’s Law to end. Their ruling, that on-duty law enforcement officers would in fact be protected by Marsy’s Law exemptions and could request to be held confidential under the amendment. As of this recent ruling, the Jacksonville Sheriff’s Office has changed its policy on releasing the names of officers that have become crime victims while on-duty.”