"We are pleased to announce that Ashlan Early and Shemo Tit have been located safe," said Jacksonville police. 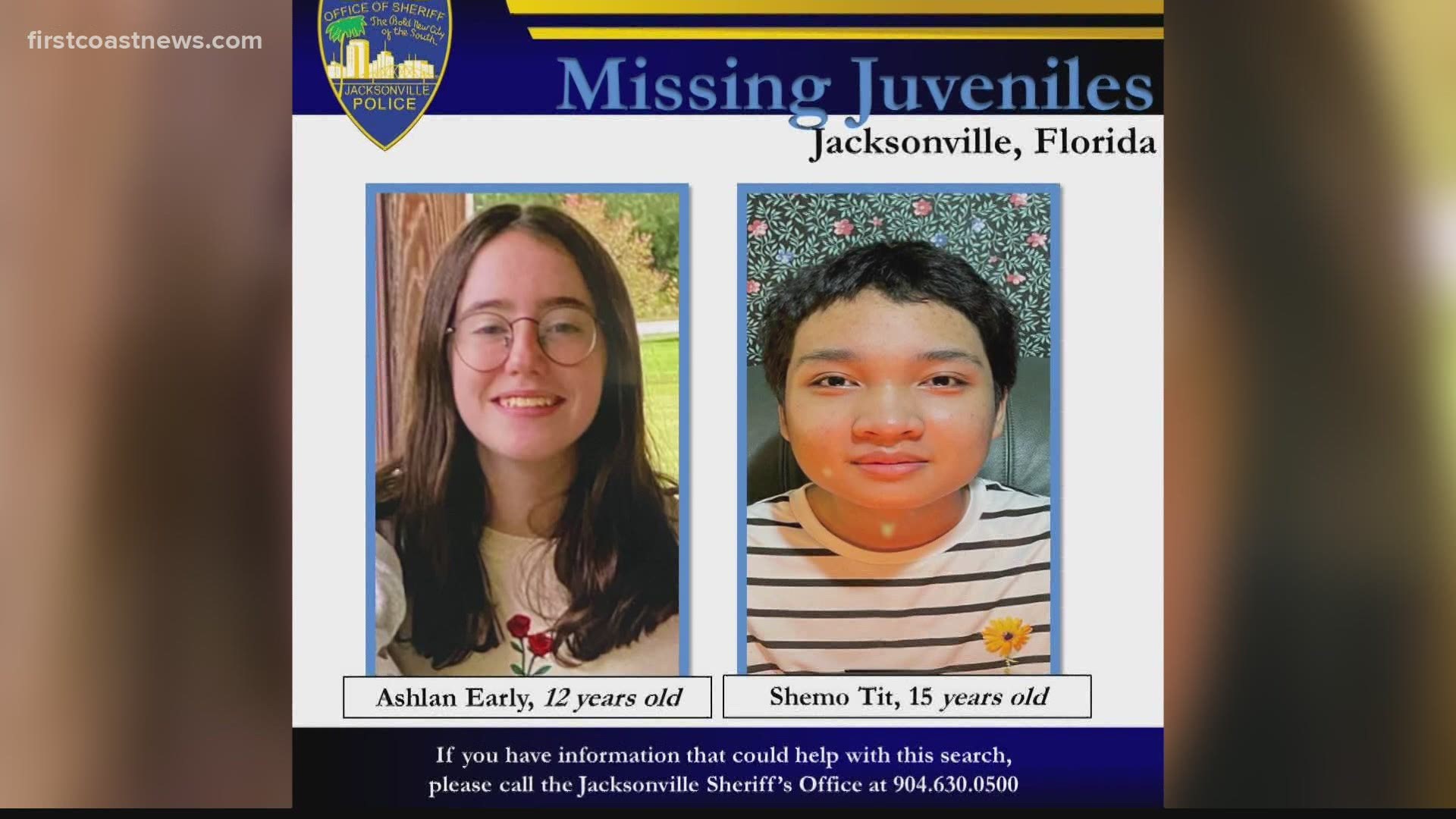 JACKSONVILLE, Fla. — Two teens that were reported missing over the weekend, one of whom was from out of state, have been located safe, according to the Jacksonville Sheriff's Office.

"We are pleased to announce that Ashlan Early and Shemo Tit have been located safe," said JSO on Twitter Monday. "Thank you to all who took the time to share their photos and information."

When First Coast News asked a spokesperson for JSO where the teens were found they advised they did not know and that the Missing Persons Unit "just recently advised us they were found."

First Coast News spoke with Earley’s mother who says this information has not been confirmed to her family. The Davidson County Sheriff’s Office in North Carolina is looking into this. We have not been able to reach Tit’s family.

NEW: I just talked to Earley’s mother who says this information has NOT been confirmed to her family. The Davidson County Sheriff’s Office in North Carolina is looking into this. We haven’t been able to reach Tit’s family. More at noon on @FCN2go https://t.co/uApBlO3LF1

Earley was first reported missing in Welcome, NC by her family who she lives with at around 7:30 p.m. Friday night, according to the Davidson County Sheriff's Office. Authorities said she went on a walk just before dark and never returned home.

Earley’s mother told First Coast News that her family has no connection to Jacksonville or Florida. They live about six and a half hours away in North Carolina.

Earley’s mom also says she has never heard of or seen Tit, who JSO says is from Jacksonville.

The children were last seen together Saturday around 6:15 p.m. in the area of I-10 and Lane Avenue, JSO said.

JSO and the Davidson County Sheriff’s Office say they don’t know who saw the two in Jacksonville Saturday and called law enforcement.

"While at our door she kept looking back to where she ran from, almost to make sure she wasn’t being followed or checking for someone," the woman said. "I saw her and Shemo on the next street over walking back towards the direction she originally ran from. They appeared to be friends and she looked fine. They had just left a neighbor’s house so I thought she must’ve been looking for him."

Deputies did confiscate personal digital devices from Ashlan's home in North Carolina. Those devices tipped investigators that she had made it to Jacksonville.

Earley’s mom also told First Coast News that she has no idea how her daughter may have gotten to Florida and said she wass a nervous wreck.

She says she wanted her daughter to receive the message below:

NEW: Davidson County Sheriff’s Office out of North Carolina confirms to me Ashlan Early was reported missing from Welcome, NC Friday by her family who she lives with around 7:30 pm. She went on walk just before dark and never returned. Below is DCSO’s missing persons post. https://t.co/MKIVZV5iLn pic.twitter.com/rj9bgoOYC5 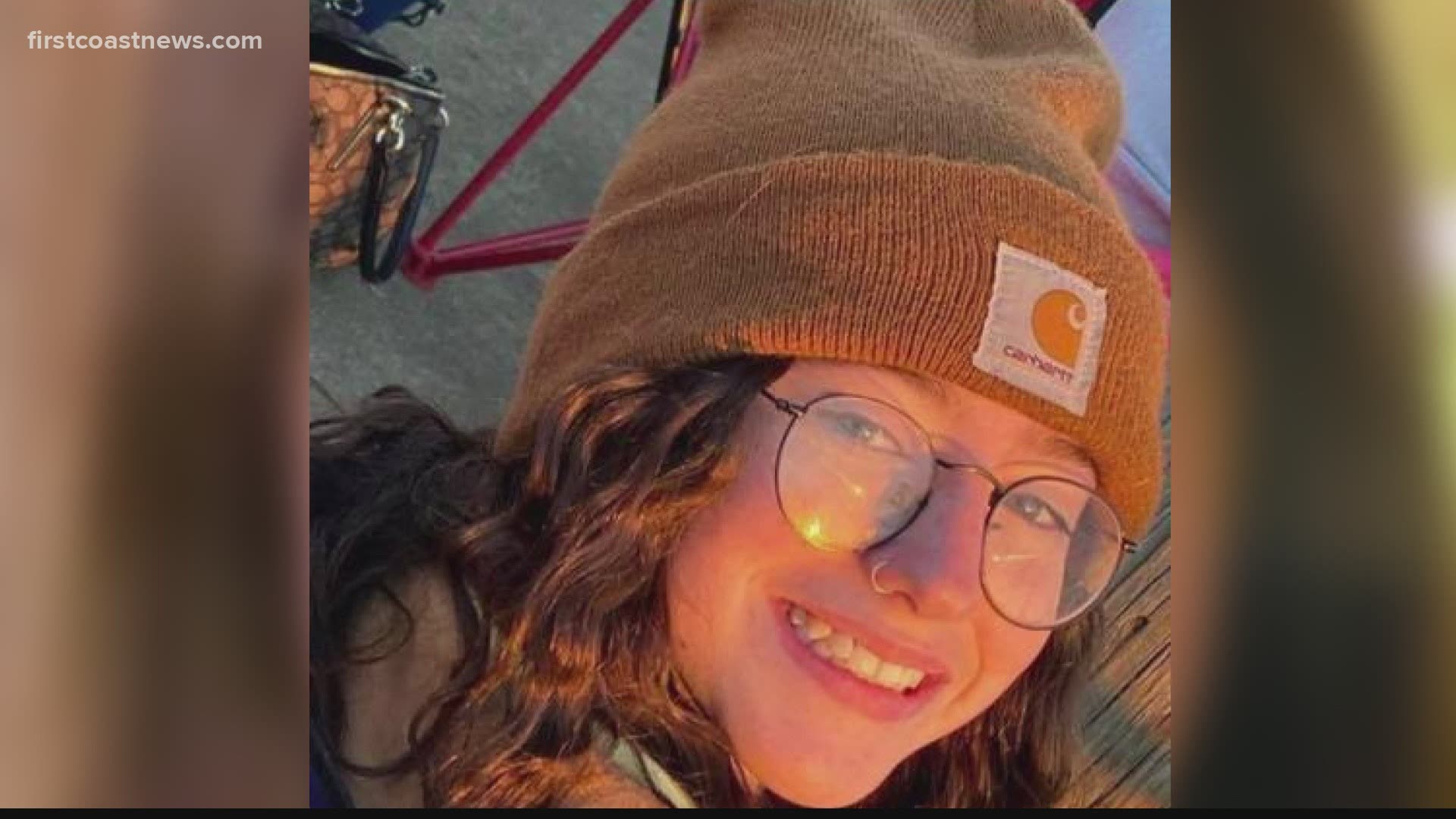