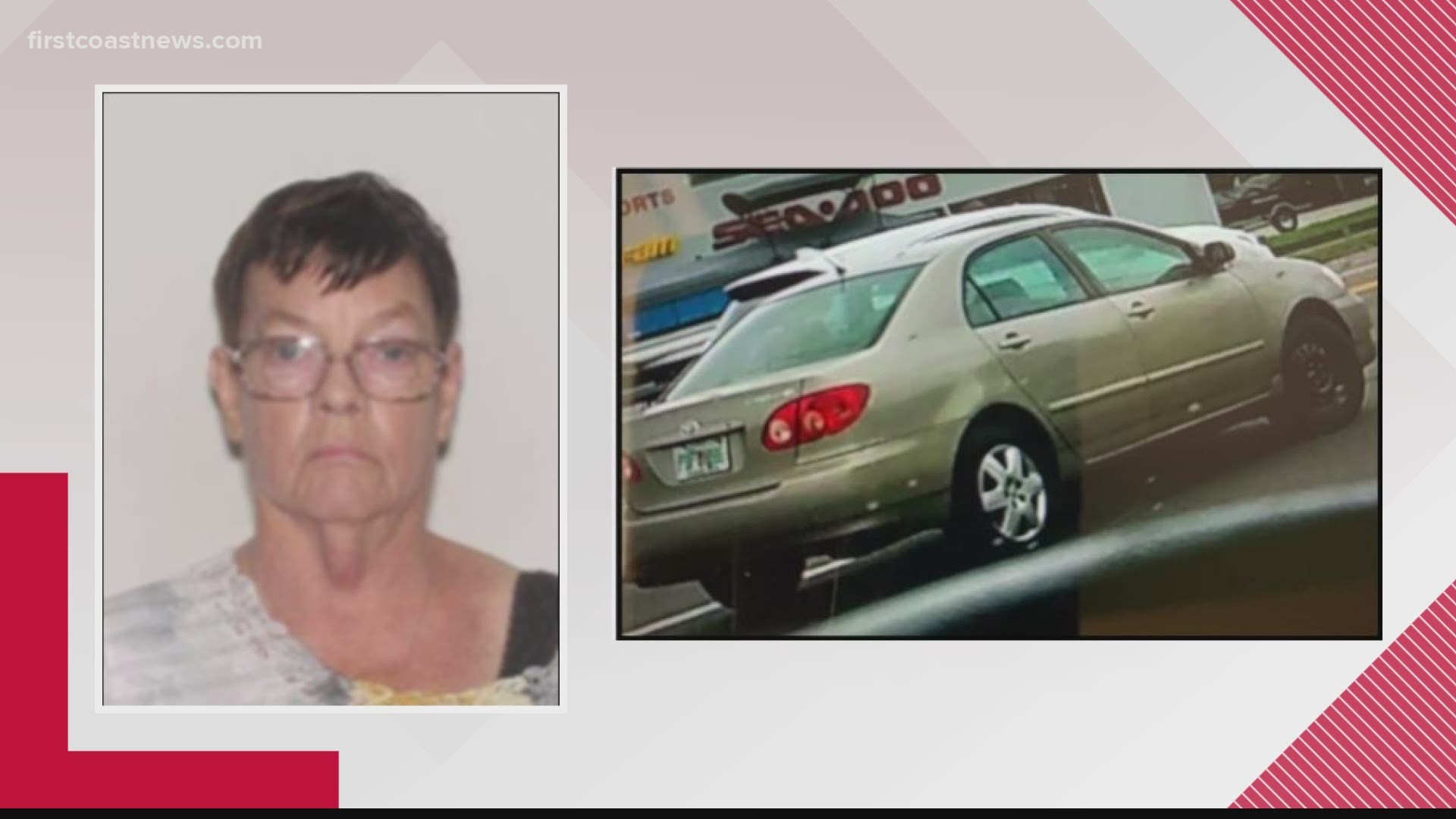 ***UPDATE***#JSO is pleased to announce that Barbara Mercer has been located safe. Thank you to all who assisted in this search and disseminating the information to our community. https://t.co/wfBWFqRmOx

The Jacksonville Sheriff’s Office is asking for the public's help in searching for a missing and endangered 72-year-old woman.

Mercer was supposed to be headed to the 1300 block of Beach Boulevard. Police said she has early signs of memory loss.

Mercer is believed to be driving a 2006 Beige Toyota Corolla with Florida Tag “PDP B86”. Her vehicle is missing its front passenger side hub cap.

Police are attempting to locate her in an effort to ascertain her safety. Mercer is 5’0”, 112 pounds with blue eyes and short blonde hair.

She was last seen wearing a Tan shirt with flowers, blue jean shorts, with glasses that are reportedly not in her possession.

Anyone having seen Ms. Mercer or her vehicle is asked to call the Jacksonville Sheriff’s Office immediately at 904-630-0500.

#JSO is in the midst of a search for an endangered adult, Barbara Mercer. Reported to have early signs of memory loss.

Anyone having seen Ms. Mercer or her vehicle is asked to call the Jacksonville Sheriff's Office immediately at 904-630-0500.https://t.co/5B7Lyz2vWf pic.twitter.com/sc6V9wx7rr