At this time, it's unclear where the boy was found but he has been reunited with his family. 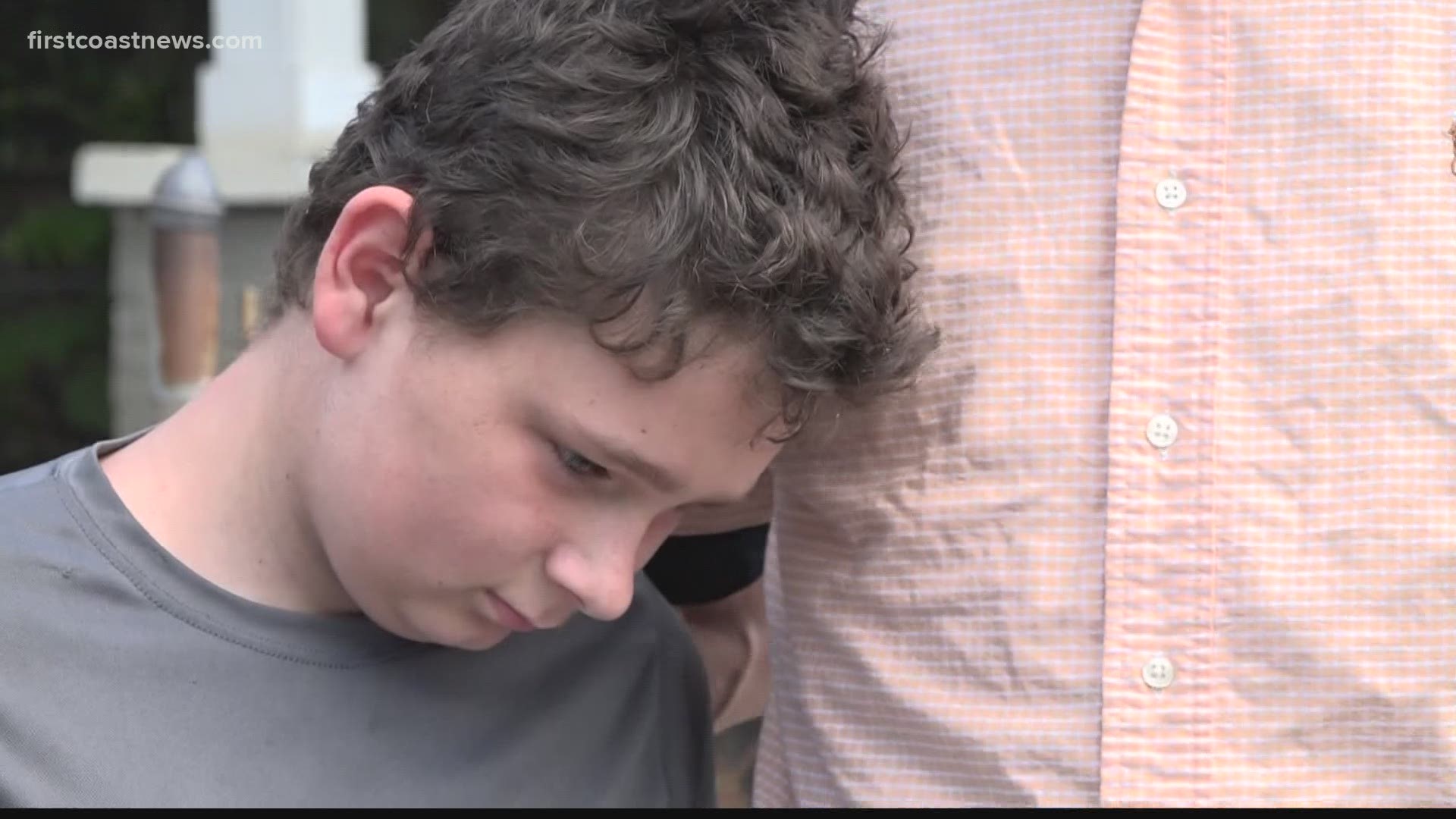 JSO said Godric Leon Bennett was reported missing Sunday around 6 p.m. The child reportedly walked away from his home after a disagreement with a family member.

Bennett was last seen at Burger King on Main Street with another child.

At this time, it's unclear where the boy was found but he has been reunited with his family.

Godric and his father, David, are new to Jacksonville. David says he is originally from here, but they just moved into the shared home very recently.

Godric told First Coast News he got bored and started walking. He says he made friends with people under the overpass and slept on a porch overnight. He says he didn’t know anyone was searching for him.

His father David said the search effort by JSO is greatly appreciated. His father had tears in his eyes when his son came home.