Video shows moments surrounding Frankie Feliciano, who was shot and killed while holding a knife to a man's neck nearly a year ago. 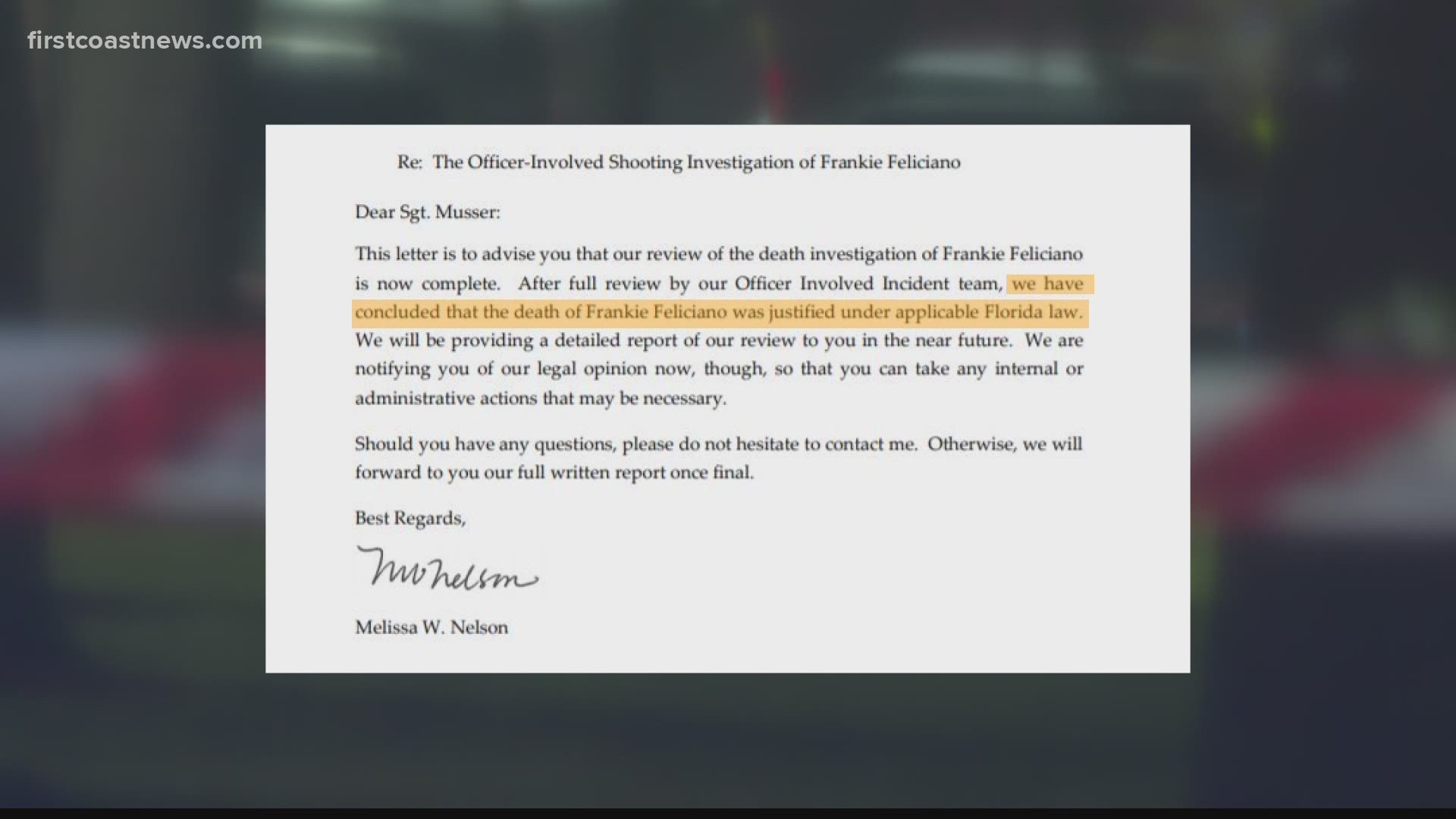 During the 2019 incident, Officer Tyler Landreville shot and killed 33-year-old Frankie Feliciano, who was holding a knife to the throat of a U.S. Army veteran in a wheelchair.

The shooting was later deemed justifiable by the State Attorney's Office, about three months ago, according to the sheriff's office.

On Tuesday, The Jacksonville Sheriff's Office Response to Resistance Board heard Landreville's side of the story.

"Given what I was seeing, what I was hearing, and under the circumstances and that point, I realized I had no choice but to discharge my firearm in defense of the hostage's life," Landreville told the board.

The bodycam footage shows the moments before, during and after the incident.

Warning: May contain graphic images that some may find offensive:

This video release comes after multiple protests around the Jacksonville area that called for police to release all bodycam footage in officer-involved incidents.

Both the sheriff's office and the State Attorney's Office have pledged to speed up the process of releasing bodycam video.

On May 22, 2016, Landreville also shot and killed 22-year-old Vernell Bing Jr., an unarmed black man, after Bing crashed a stolen car into the officer's cruiser.

Witnesses reported that Bing appeared to be disoriented and limping away from the crash when he was shot. The sheriff’s office said Bing failed to comply with Landreville’s commands and that Landreville fired five shots, hitting Bing once in the side of the head.

In 2017, State Attorney Melissa Nelson did not prosecute Landreville, saying that the shooting was justified.

Landreville was hired in 2009. The Bing incident was the first time he discharged his weapon.