In February 2021, the deadly shooting of Axal Perez was ruled justified by the Florida State Attorney's Office. 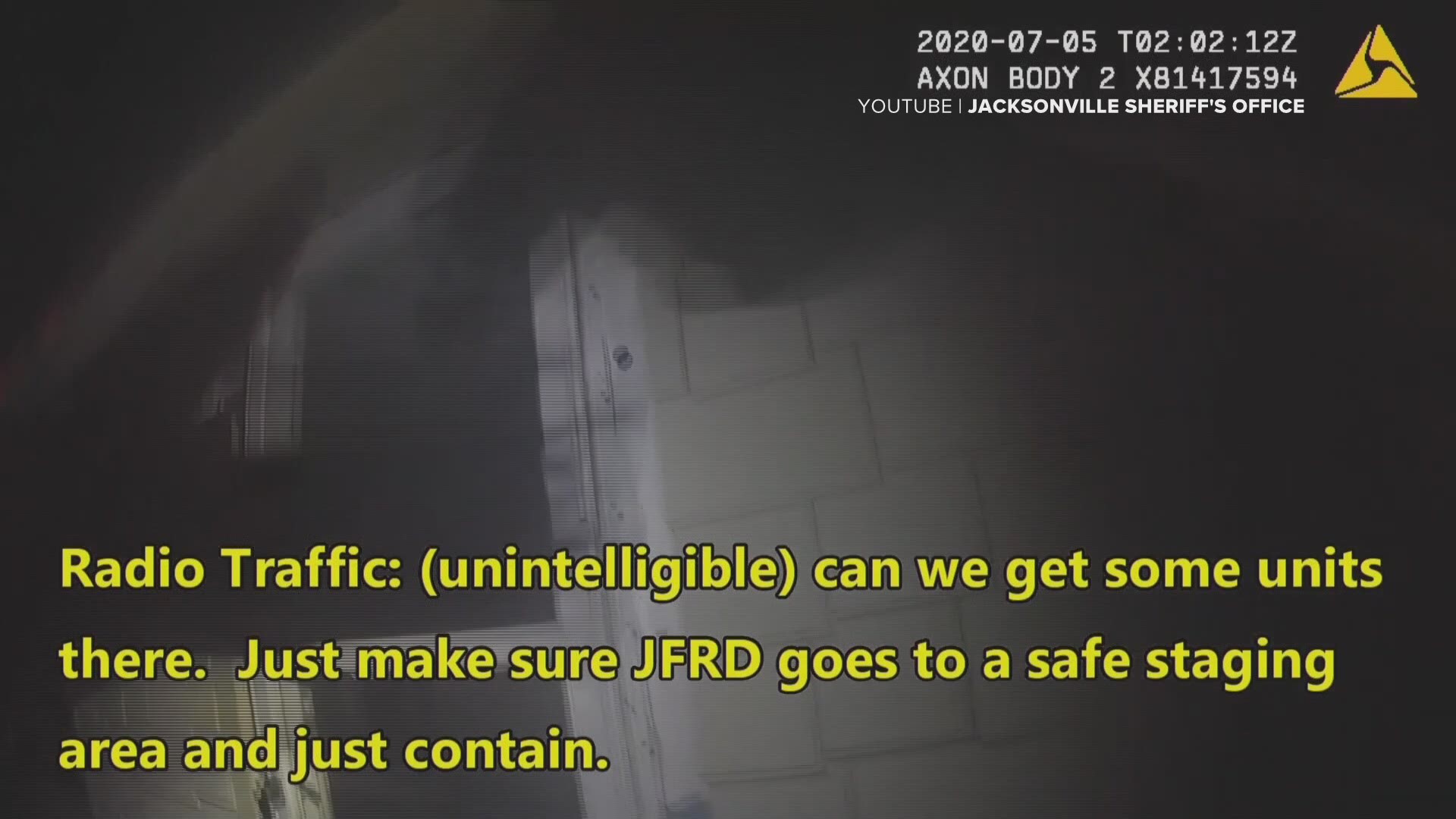 At about 9:45 p.m., officers received a 9-1-1 call to a home at 4635 Monroe Smith Road, according to Chief Scott Dingee of the Jacksonville Sheriff's Office's Professional Standards Division. The caller said a male, later identified as Axal Perez, had fallen down some steps and was unconscious.

When the Jacksonville Fire and Rescue Department arrived on the scene to assist Perez, a witness said he was conscious and was acting "crazy and running around," Dingee said. During JFRD's conversation with the witness, Perez emerged from the trailer holding a machete knife, according to Dingee.

Perez chased rescue personnel twice until they took refuge in a wooded area and called for police, Dingee said.

The first JSO officer arrived on the scene at 9:58 p.m. and was told by a witness Perez was armed with a machete and "acting crazy," Dingee said. The witness also told police Perez was inside the home, and responding officers took positions to get Perez out of the home and into custody, according to Dingee.

Prior to showing the shooting, Dingee says in the video Perez moved at officers in an "aggressive, threatening manner." Dingee also says in the video, the officer fired twice, not three times though the audio appears to capture three pops.

In the aftermath, the video appears to show Perez lying motionless on the ground. Perez was later pronounced dead from his wounds.

Meanwhile, the video appears to show the officers ordering people to stay back from the scene.

In Feb. 2021, the shooting was ruled justified by the Florida State Attorney's Office. In March 2021, the JSO's Response to Resistance Board determined the shooting was within departmental policy, and the officers' actions were consistent with his training, according to Dingee.