The video appears to show the officer attempting to take someone into custody. When that person resisted, the officer is tackled and beaten by another person. 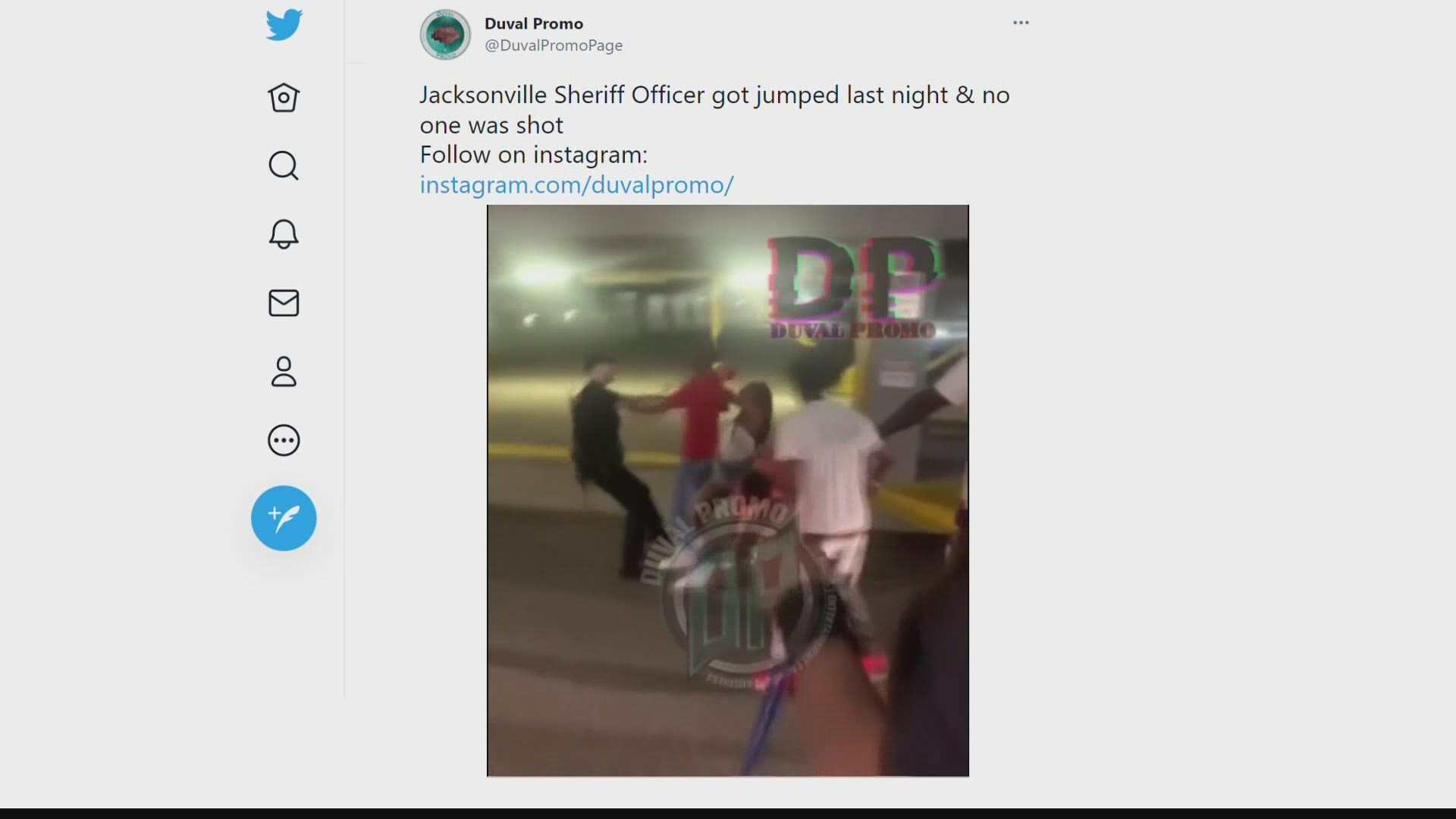 JACKSONVILLE, Fla. — A Jacksonville Sheriff's Officer was attacked Thursday night while a crowd of bystanders watched, including at least one who recorded the incident.

Fraternal Order of Police President Steve Zona tells First Coast News the officer is "fine" but did not elaborate on any injuries he may have sustained.

Zona also confirmed that an arrest was made in connection to the incident.

He says the officer was responding to a call reporting "shots fired" when he came upon a crowd near a Riverside parking garage. The video appears to show the officer attempting to take someone into custody. When that person resisted, the officer is tackled and beaten by another person. Zona says the woman was the attacker.

"Every police officer sees what's going on around the country. And you know, it's not if it's gonna happen, it's when it's gonna happen. And we just got a little taste of that, where, you know, you're alone by yourself trying to do good things for the community. And, and it results in somebody attacking you, and now you're surrounded," Zona says. "We're just thankful nobody else in that crowd, joined in and attacked our police officer, but we're also disappointed that they didn't help."

We showed the video to former JSO officer Kim Varner. He says the officer tried his best to get people off of him, but suggests he could have used the garage gates to his advantage, considering he had a rifle slung over his shoulder.

"I would have put my back against the wall and kept them off of me whether it be with a taser, pepper spray. Whatever method I had to use - kept them off me until some backup arrived."

The incident happened outside of a parking garage near Edison Avenue.

You can watch the full video on Duval's Promo Twitter page.

The story continues below.

Jacksonville Sheriff Officer got jumped last night & no one was shot

First Coast News reached out to JSO and a spokesperson sent us the statement below.

Zona says he hopes to see the attacker punished. "Somebody said to me that this is a sad reflection on our community. And to me, that was sad. I just want to make sure that message gets out there that we and our officers here in the city don't think that is a reflection of our community. That's only a reflection of the people who are there [in the video]-- and we're still fortunate and grateful for all support we have in this community."