First responders rushed the victim to the hospital where he was later pronounced dead, according to the JSO. 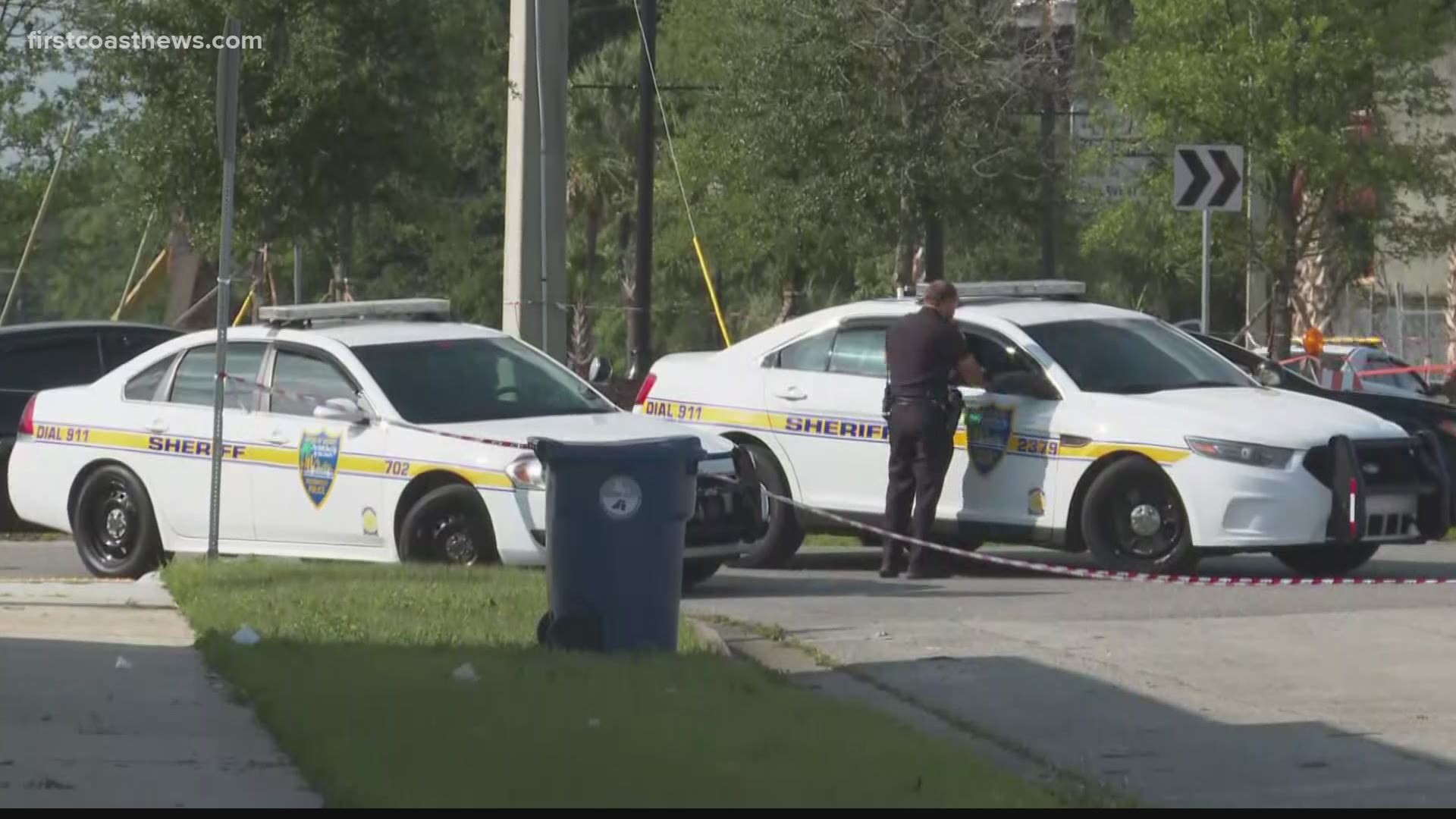 “Everything was normal. Then suddenly, we heard like rapid shooting," Moe Myhar, owner of Beauty Supply USA said. "We felt like it was very close to us."

Across Arlington Road, Myhar said he felt his store shake.

“The customers were scared," he explained. "So, I had to put them in like a really safe place to save them, because they were really shaken up."

He called 911 after he led his customers to the back counter. Myhar said police never came to his shop, but were investigating in the area for about seven hours.

According to JSO, officers witnessed "a significant amount" of gunfire when they were called out around 1:15 p.m. to a report of an armed man in the 1200 block of Arlington Road.

When officers arrived at the scene, they saw a man pointing a rifle at another man. Police said the suspect shot the victim multiple times.

The family told First Coast News, it was 48-year-old James Taylor who died in the hospital

His sister Teshia Taylor wrote the following message on Facebook:

"This man was my world. I'm usually so strong, but this pain I feel, it hurts bad. God, I wasn’t ready for this. Not my brother! Not my best friend, my protector, the person I could call for anything and he was there no matter what. My life will never be the same without you."

For more than a decade, Taylor operated J.T. Tires shop, which is where he was just outside of when he was shot.

JSO said the suspect ran away. However, after a short chase James Taylor Junior was arrested. He is now charged with murder and aggravated assault.

The family confirms the suspect is the victim’s son.

The number of homicides in Jacksonville this year is now up to 50, according to records from our partners at the Florida Times-Union.

There have been 15 fewer homicides so far this year than at the same time in 2020 — a year that saw a record total of 177 in recent years.