Lakesha Burton is the first woman appointed to run the police athletic league of Jacksonville in its 45-year history. 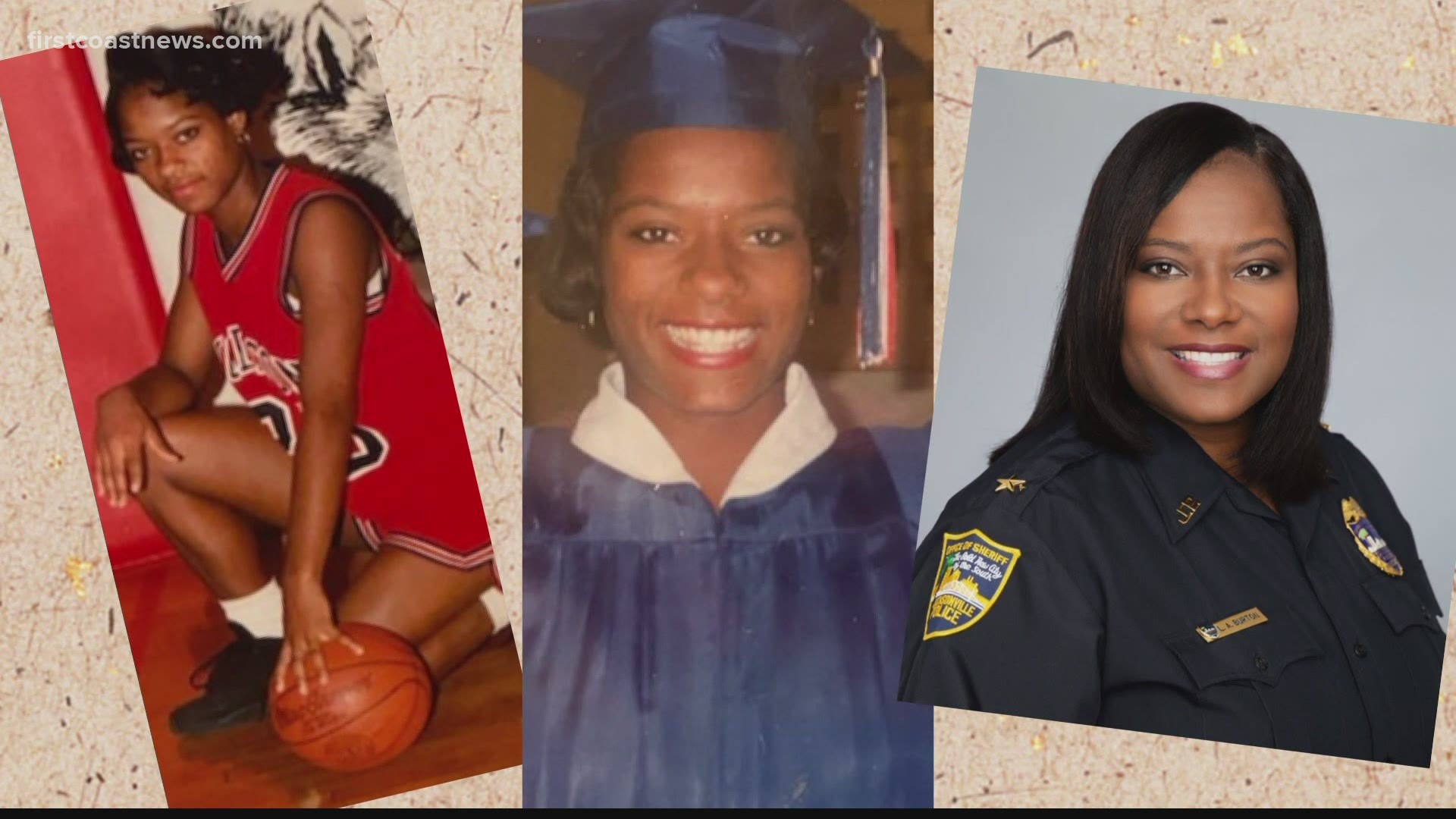 JACKSONVILLE, Fla. — The race to be the next sheriff of Jacksonville is already historic with the first Black woman to run for the position: JSO assistant chief Lakesha Burton.

Sheriff Mike Williams’ term ends in June 2023, and he cannot run again, opening the door for a new sheriff in a town.

Burton, a veteran JSO officer, is excited about the opportunity.

Burton was born and raised in Jacksonville. When she was at Wolfson High School, she had hit one of the lowest points of her life. However, with help from others, her journey changed in a major way.

She believes it is one of the reasons she is the community-focused officer she is today.

“Back in '92, it was really a turning point for me," Burton explained. "I was a young teenage mom, going through so many different things. I found myself at a crossroad, and I was literally contemplating suicide because I felt like my life had no value. I felt like I couldn’t achieve my dreams.”

Nonetheless, Burton said she started working harder in school after receiving help from resources like officers with the Police Athletic League or PAL of Jacksonville.

She was then awarded Duval County Turnaround Student of the Year in 1993 and won a car.

“I've been very blessed over the years," Burton said. "Everything that I experienced in my young life and through my professional career of 22 years, I've been able to give back and relate to people in a very unique way.”

As a victim of child abuse, Burton said she became a police officer because she wanted to put child abusers behind bars, but her career has included work as a patrol officer, detective, school resource officer, and assistant chief of community engagement. She now works as JSO assistant chief, zone commander for Zone 2.

She is most passionate about working with the city's youth, Burton said, and the highlight of her career was becoming the executive director of PAL in 2015.

“I'm a product of PAL, but also, I understand the importance of intervention and prevention," Burton said. "It's key in terms of helping our young people."

Burton wants to be sheriff to bring her commitment and compassion for people to the forefront of the agency.

“I love Jacksonville, this is my home. I've raised my children here, and I care about the future of our city," Burton added.

As the first Black woman to run for Jacksonville sheriff, Burton understands it's not only historic but hopefully inspires others.

“I'm excited," Burton explained. "I think that it's important for young girls to know that if you have a dream, that you go for it no matter what people may say."

Burton is also the fourth Black woman to earn rank as assistant chief in JSO’s history, and the first woman appointed to run PAL of Jacksonville in its 45-year history.