Officers were attempting to serve an arrest warrant for a felony battery that happened back in February. 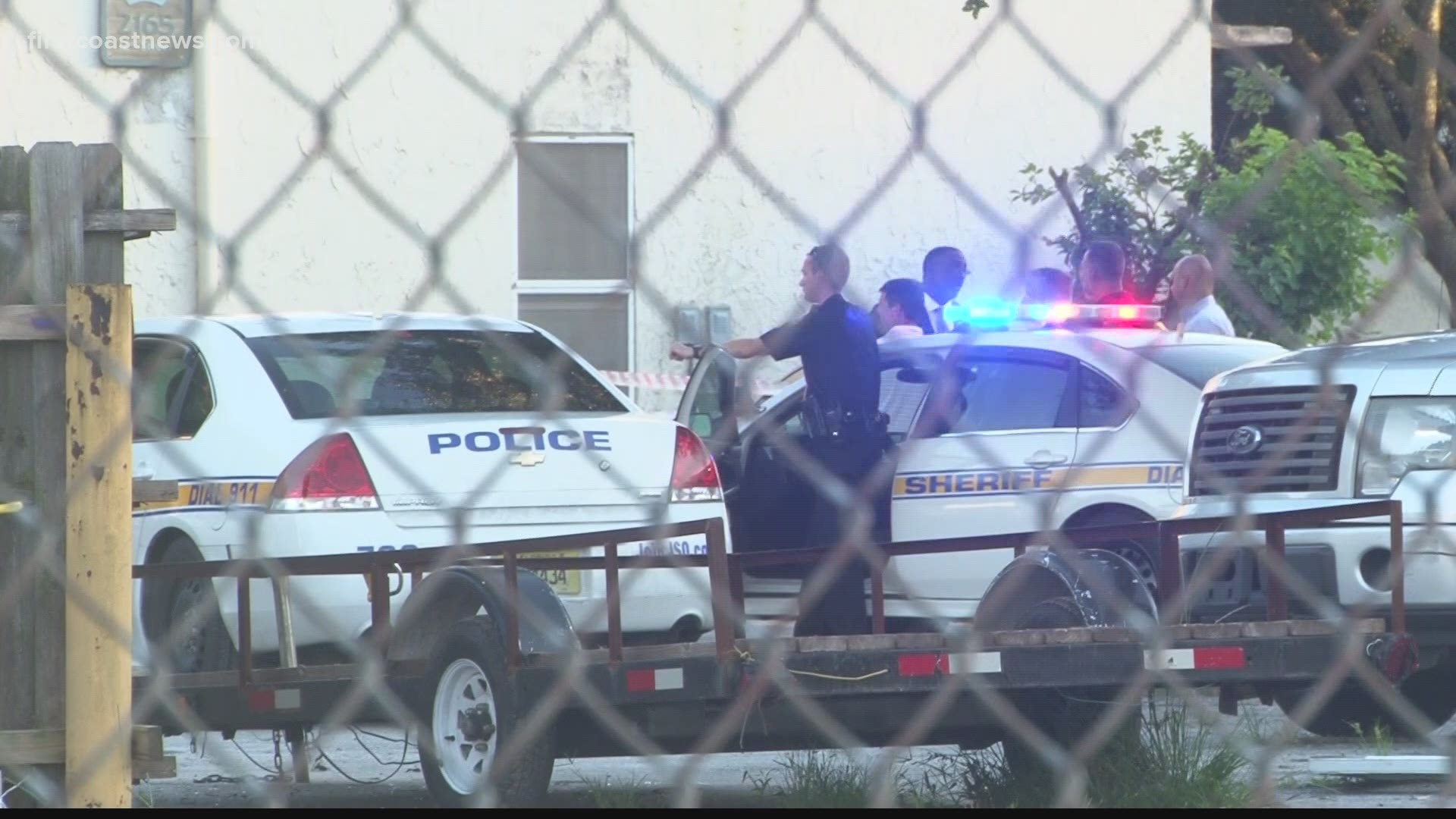 JACKSONVILLE, Fla. — The suspect who was injured when he was shot by the Jacksonville Sheriff's Office Saturday evening is out of the hospital and behind bars facing several charges, according to the JSO.

Officers were on patrol in the 2200 block of Kings Park Drive in Northwest around 5:34 p.m. While in the area, one officer obtained an arrest warrant for an individual for a felony battery that happened back in February.

JSO said the officer saw the suspect walking through the Kingsridge Apartment Complex, so he got out of the car and approached him.

The suspect was identified as 24-year-old Tyrone Frazier. As the officer approached him, he proceeded to run away.

The officer told him to stop several times and pulled out his taser and stated that he would tase Frazier, according to police.

Frazier continued running from the officer and went into a courtyard and fired two shots at the officer, JSO said.

At this point, the police officer continued to run after Frazier while taking cover when he could. Police said the officer fired two shots at Frazier as he forced his way into another apartment.

Frazier was hit by one of the shots. After the shooting, Frazier was taken into custody and transported to a local hospital.

On Sunday, he was released from the hospital and placed under arrest on charges of attempted murder of a law enforcement officer, armed burglary, possession of a firearm by a convicted felon and domestic battery from a previous case.

JSO is conducting an investigation and the officer involved has been placed on administrative leave per the agency's policy.

The State Attorney's Office is also on scene conducting an independent investigation.