Vincent Harper was recognized as Firefighter of the Year Friday after his heroic efforts saved the life of his coworker during a stabbing attack in October of 2019. 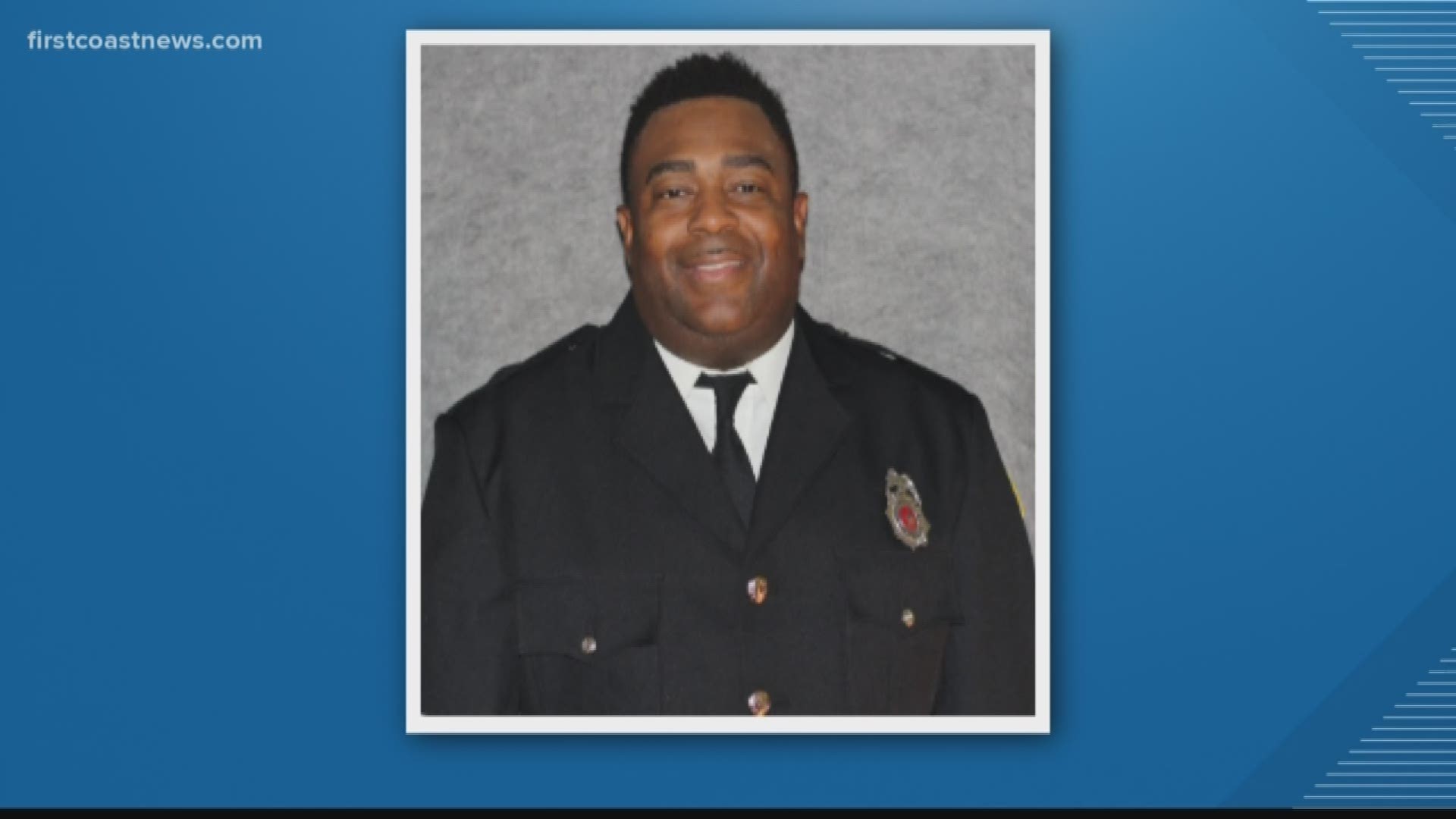 The stabbing occurred on Oct. 8, while both Harper and JFRD Captain Latorrence Norris were transporting Tony Bernard Harris, 38, to the hospital after complaints of pain in his kidneys.

While transporting Harris to the hospital, Harris reportedly heard someone else transmit via radio that a female was being transported to the hospital, according to an arrest report from the Jacksonville Sheriff's Office.

Harris became aggressive towards Norris, saying that he is not a female. Harris then took a box cutter from Norris' pocket and began stabbing him in the upper chest and abdominal area, JFRD Chief Powers said.

After Harper heard the commotion going on in the back of the vehicle, he stopped the truck to try and assist Norris, Powers said. While assisting Norris, Harper was stabbed in the inner thigh of his right leg.

Harper was able to pin Harris down while Norris signaled for help over the radio, according to the department. Police responded to the scene and took Harris into custody.

It was Harper's quick actions that helped to save Norris' life and earned him the Lt. Joseph F. Stichway Award and title of Firefighter of the Year.

The award says in part the following:

"The incontrovertible evidence of this horrific incident, however, established the bravery and courageous actions of engineer harper as the single most decisive element preventing a fellow firefighter from perishing in an unpredictable random act of violence and in the aforementioned process risking his own life with neither reluctance or hesitancy: in other words, the selfless and courageous actions that truly define heroism."

RELATED: UF Hospital security guard reunites with JFRD fire captain after helping to save his life