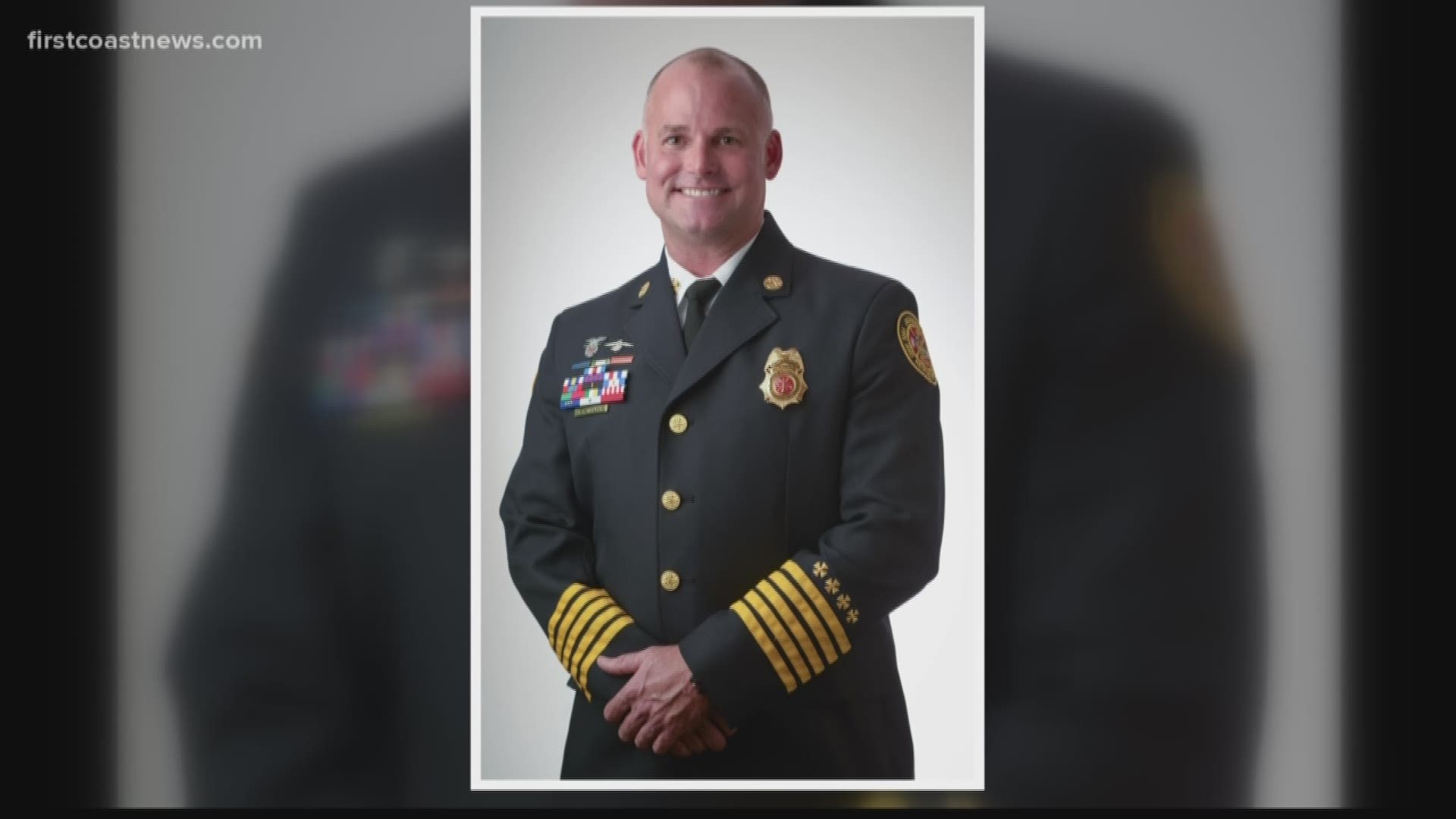 The Jacksonville Fire and Rescue Department announced Wednesday that Director and Fire Chief Kurtis Wilson will be retiring at the end of the month.

Wilson has been with the department for 25 years and has served as captain of Fire Station 21 along with being chief of the Administrative Services, Fire Prevention Division and Operations Division of JFRD.

He was appointed as director and fire chief by Mayor Lenny Curry in August 2015. His last day as chief will be on May 31.

Powers has been with JFRD for 23 years.