Five firefighters with Ladder 30 talked about the night their training was put into action saving a man who drove off the Dames Point Bridge. 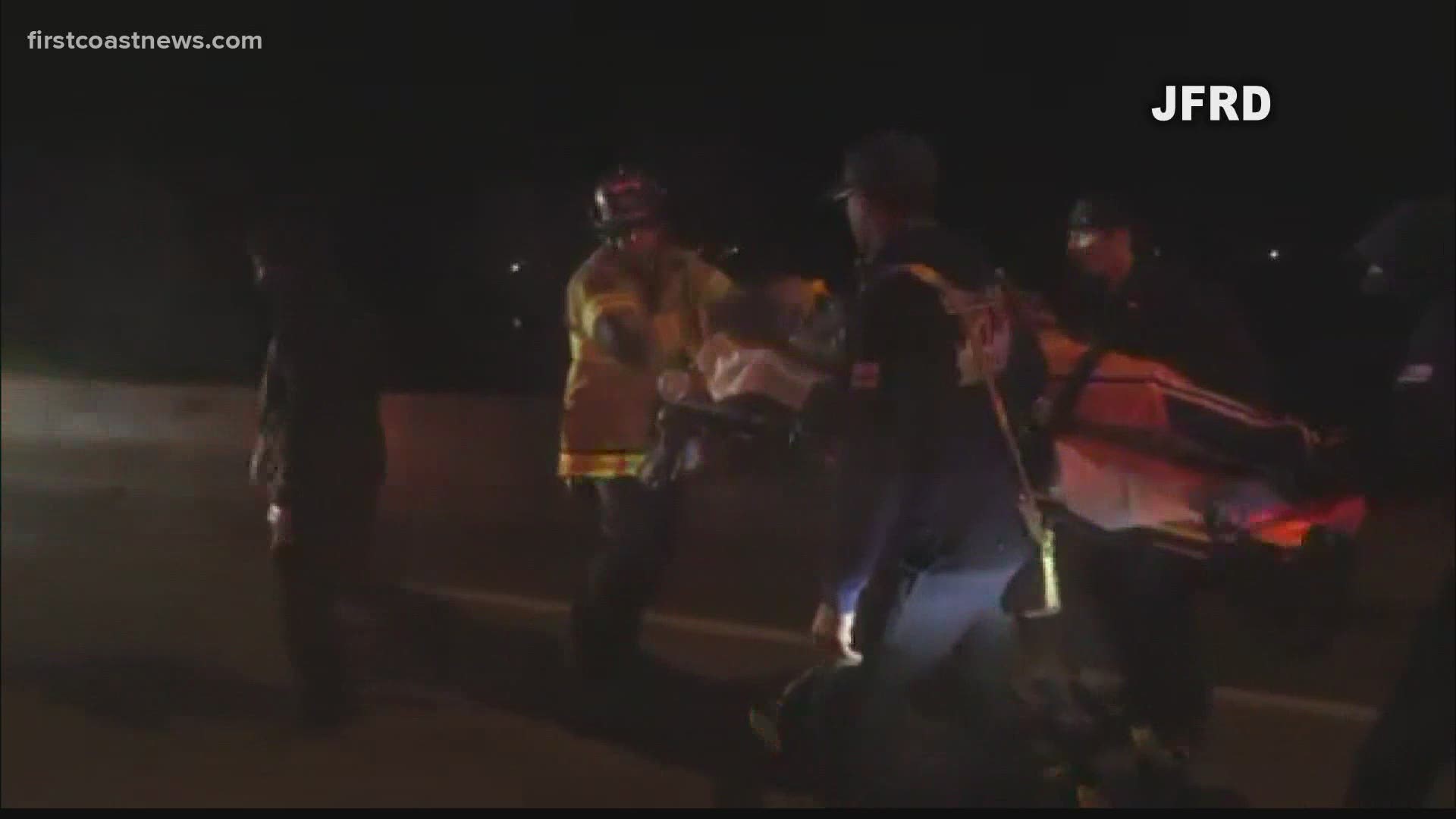 JACKSONVILLE, Fla. — Firefighters spend a third of their life together. They become so in sync that when the time comes to spring into action, they do so like a well-oiled machine.

“It’s game on at that point," Captain Phillip Orelli said.

These men were the first JFRD crew on scene on February 6 when a man drove his car off the Dames Point Bridge. It was about 9 p.m. Saturday night.

Captain Orelli says they heard the call over the weekend. He said they were not dispatched to this rescue. Rather, they dispatched themselves when they were nearby and knew they could help.

They had Jacksonville Sheriff's Office shut down both lanes of traffic.

“I get connected in," Orelli explained. "They lower me down. Once I get the victim packaged and hooked up to the lines with me, then these guys pick us up and put us on the bridge.”

“I go hanging off the side of a bridge," said Orelli. "These guys are tying the knots making sure I don’t go off the end! There is 100% trust.”

This type of rescue is something they train for, but they have never done before. JFRD says a lot of things went right on Saturday night.

Not only was their response exactly as planned, but the firefighters say the victim was extremely lucky and did the right thing to help save himself. Orelli said the car landed upright in the water and the victim was able to sit on top of the roof and wait for help.

The firefighters say the car was in about five feet of water.

Chief Jolly says they train consistently for these rare scenarios and had recently trained on the two line lowering system.

How do they do it so quickly? He said it is all about having a game plan.

“There’s always a bit of you know nervousness going on," Jolly said. "But I got to say we are probably all more nervous standing right here right now than we were on the bridge the other night.”

From the call to the rescue, 23 minutes total. They saved a life quicker than you can get a pizza delivered.

Orelli says the best thing you can do in a situation like this is to get out of your car and get to the roof if you can.