As the JEA board launched this latest privatization effort, it did so without obtaining any buy-in from Jacksonville city council members. 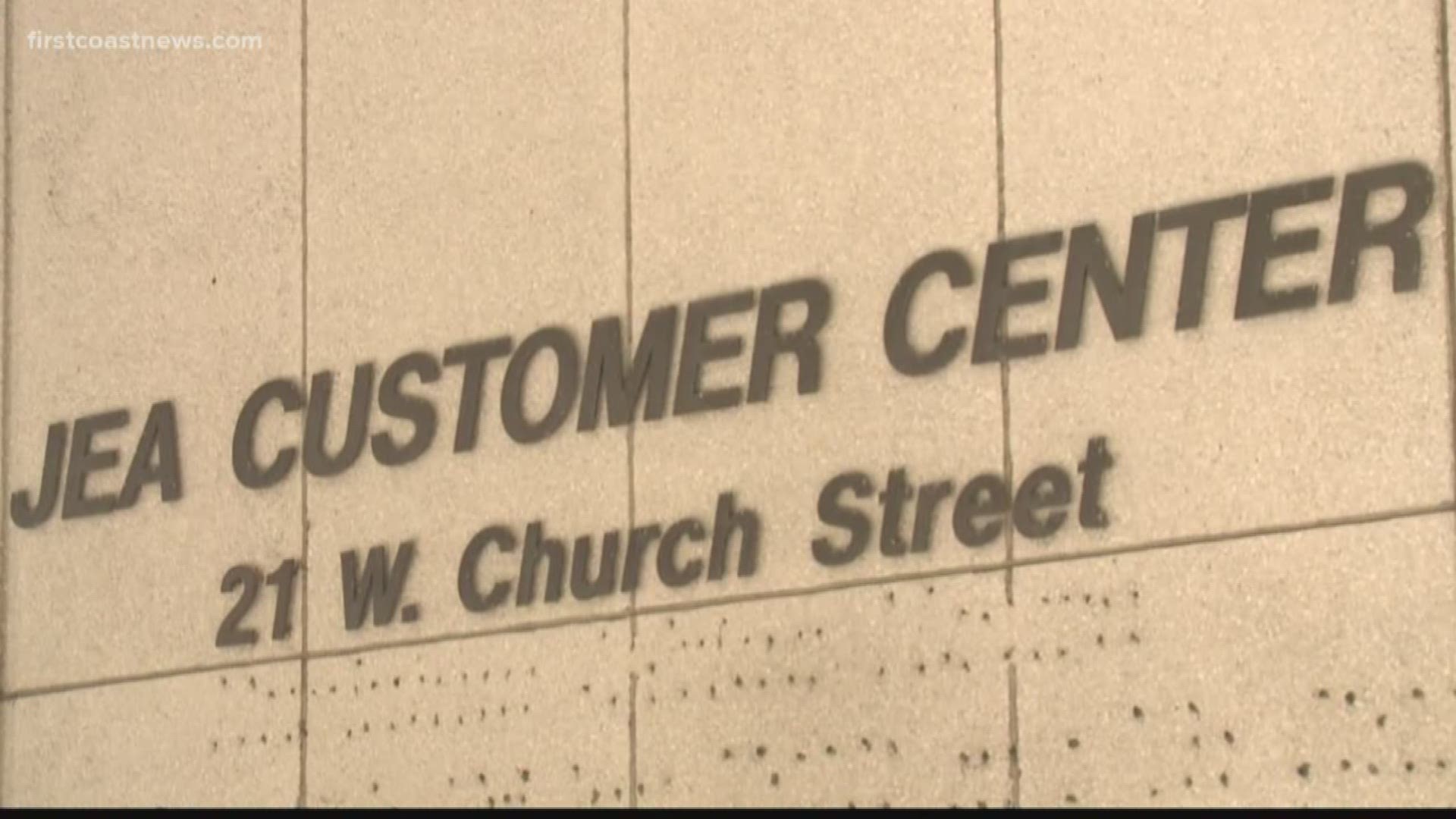 JACKSONVILLE, Fla. — After more than a year of denying any possible sale of the city-owned utility JEA, 16 bids to purchase the public utility were officially opened on Monday.

While that was done openly, the rest of the process will be done privately.

Councilman Danny Becton is the council's liaison to JEA. He says there will be a time and a place for them to weigh in and they will follow the process as closely as they can.

"Whether I have an opinion is irrelevant," Becton said. "It’s about whether this process is fairl."

There has long been scrutiny over JEA and the city’s top leaders' involvement in the sale of the company.

Talks about selling JEA started in 2017 when a special committee was formed to explore the possibility of privatization. A couple of months later, opposition grew and the city attorney said public approval was not needed.

In April of 2018, JEA’s new CEO Aaron Zahn told First Coast News there was no plan to sell JEA and Mayor Lenny Curry said he wouldn’t push for a sale.

In November of 2018, Duval County voters called for a referendum in order to approve a sale themselves by a vote.

This July, JEA's board voted to explore privatization and the CEO threatened layoffs may be necessary if there wasn’t a sale of the utility.

In August, Mayor Curry said the public will have the final say.

Last month the city attorney said the city council was prohibited from discussing the sale.

A few days ago, JEA received backlash that forced them to pull a controversial ad.

Now, JEA has received 16 multi-billion-dollar bids, showing that there is a high interest in the company, despite the bleak future painted by the CEO in the last couple of months.

"You have to remember, while there were 16 boxes opened today, there are two boxes missing, the IPO option and the co-op option," Becton said.

A co-op is like community ownership, making customers the stake-holders.

With an IPO, or an Initial Public Offering, shares would be sold to investors.

He said they are going to make sure those processes are thoroughly vetted, as well.

While reports of the minimum price tag for JEA have been estimated between $6 billion to more than $7 billion, Becton says it's important to remember that it is "just an estimation." He says the bidder must pay $3 billion to the city, they must be able to pat $132 to cover pension and they must be able to take over Plant Vogtle.

Zahn also sent a letter to the Inspector General after she appeared to offer assistance in the process.

On Friday, the JEA Board chair sent a letter to all of the city council addressing some of their concerns about the process.

City Council will meet on Tuesday regarding the bids and to discuss how to move forward.

You can view the letters below. 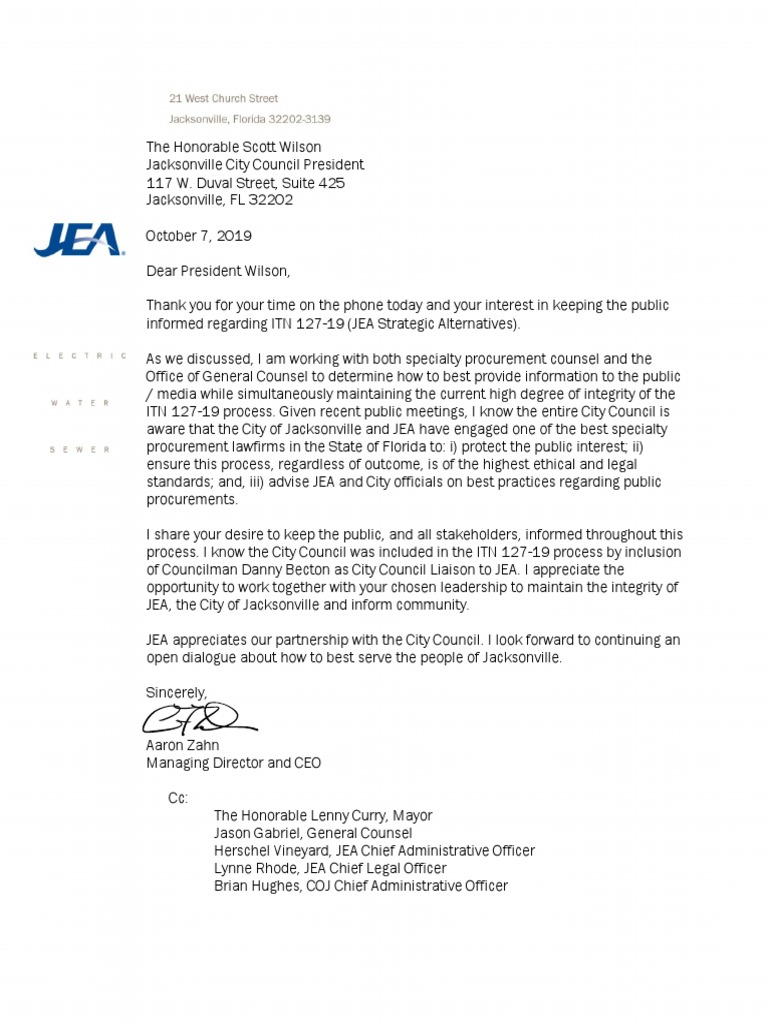 Letter 1
117 W. Duval Street, Suite 425Jacksonville, FL 32202 October 7, 2019 Thank you for your time on the phone today and your interest in keeping the publicinformed regarding ITN 127-19 (JEA Strategic Alternatives). Office of General Counsel to determine how to best provide information to the public/ media while simultaneously maintaining the current high degree of integrity of theITN 127-19 process.