'JEA is not for sale': New JEA CEO Jay Stowe says the utility's future is strong, looks to move it forward

Stowe comes to Jacksonville with a wealth of experience in leading municipal utilities. 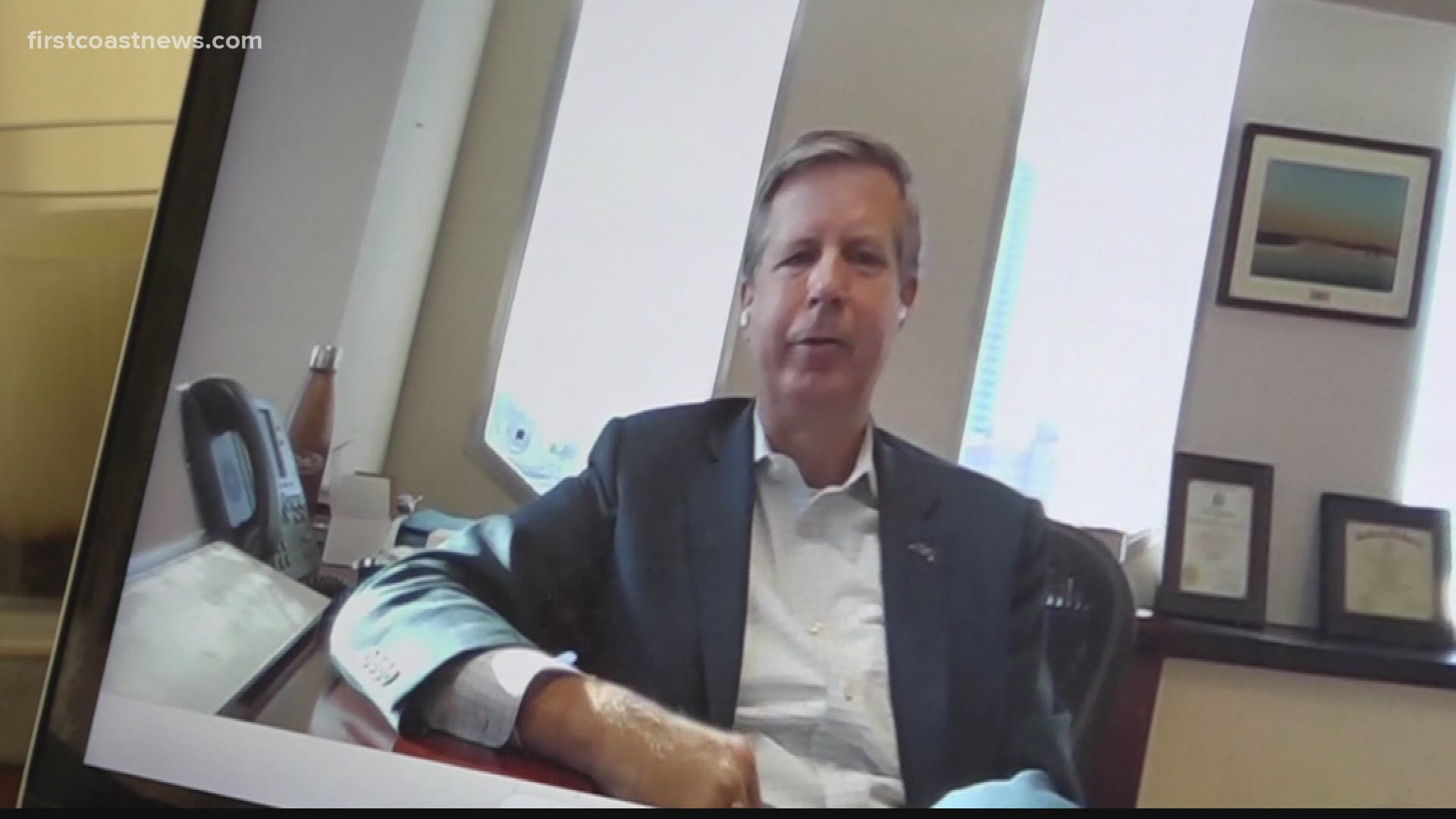 JACKSONVILLE, Fla. — If any particular field of work runs in the veins of North Carolina native Jay Stowe, it's energy. With decades working in municipal utility systems, Stowe is looking to push JEA forward from a tumultuous period as its new CEO.

Stowe, who was announced as the new Managing Director and CEO of JEA in early November, has only been on the job for a couple weeks but already has made his stance on JEA's future very clear.

"JEA is not for sale," Stowe said in an interview with First Coast News. "I believe the model that we have is the right one for Jacksonville in the surrounding area and for JEA, and I hope to support it for a long time."

The utility Stowe moved from Tennessee to manage has been in the spotlight, both locally and in the energy sector, for a failed attempt at privatization and a proposed bonus plan that led to the ousting of former CEO Aaron Zahn, the entire JEA board and senior leadership team.

More recently, a batch of changes to the city's charter that would prevent that type of privatization attempt in the future was unanimously approved by Jacksonville City Council.

While JEA's former leadership painted a bleak picture of the utility's financial future during the invitation-to-negotiate (ITN) phase, Stowe said his view is the polar opposite.

"I think we're in good shape," Stowe said. "Within the last six weeks, the ratings agencies have increased our bond rating on the water and wastewater side of our system. That's a sign of the strength of the system, financially and operationally."

Stowe, who was selected in a five-month search by the new JEA board members.

As a young boy, Stowe said he learned about utilities through his father and grandfather, both of whom worked at systems in North Carolina.

"That caused me to grow up going to water plants and wastewater plants my entire life," he said.

Stowe attended North Carolina State University, graduating with an engineering degree. Since then, he's racked up an impressive 25-year background working in and managing utility systems.

In Alabama, Stowe was CEO of Huntsville Utilities. He was also part of the senior leadership at the Tennessee Valley Authority, the largest public power system in the country.

When he was selected by the JEA board, Stowe had been working in consulting in Chattanooga.

In the short term, Stowe said his focus is on leading the utility and its employees through the coronavirus pandemic. He also has the task of implementing a permanent senior leadership team.

"The surrounding area is growing so fast that the impact on our systems and the age of our systems, the combination of those means there's large capital expenditures over the coming years," he said. "Being prepared for that, to have the right people, the right team in place to meet the needs of our customers is kind of the long term deal."

Ultimately, Stowe said he's looking to reinforce to JEA's employees and customers that the utility will remain a foundational part of everyday life for so many along the First Coast.

"I'm going to treat people well, help give direction and then step out of the way so that we can execute and get things done for the community," he said. "Every decision we make impacts that customer. We're all in this together and every role is important."