Thirteen senior administrators at JEA are all in line to receive six-figure bonuses if the company is sold. 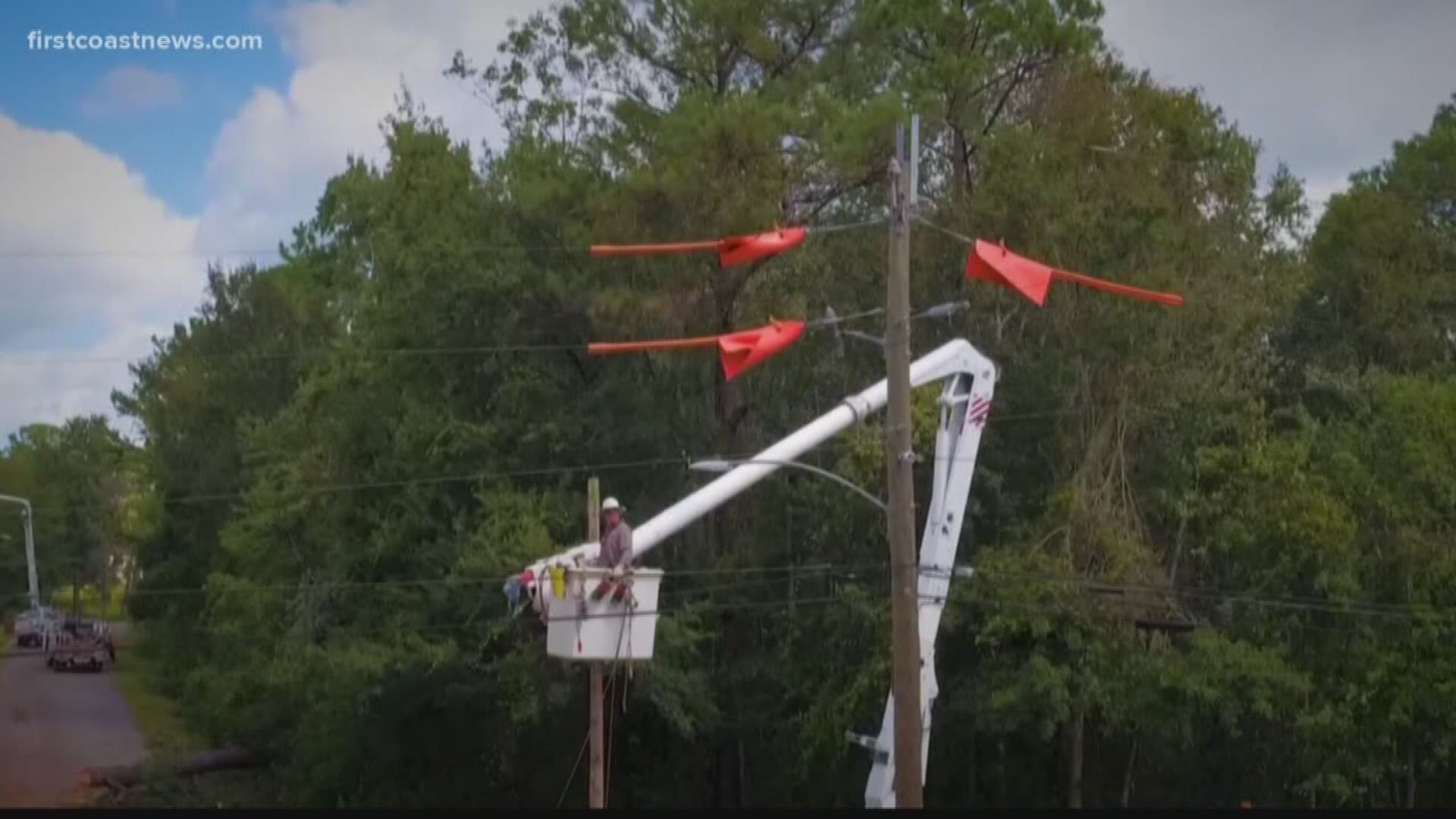 When Jacksonville City Council members begin asking questions that could help them decide whether to approve a potential sale of JEA, they’ll get answers from a group that has a significant financial stake in selling the city-owned utility: JEA’s senior leadership team.

Thirteen senior administrators at JEA, including CEO Aaron Zahn, who has led the charge to explore privatization, are all in line to receive six-figure bonuses if JEA is sold. The bonuses are equal to each member’s salary, putting Zahn’s at $524,000.

JEA describes the payouts as “retention bonuses” that could help prevent a brain-drain of employees from leaving as the utility faces an unknown future. However, some council members are concerned that people deeply involved in the decision-making process have so much to gain from a certain outcome.

“It’s concerning because it’s evidence there’s an incentive to sell the JEA,” said City Councilwoman Randy DeFoor. “That makes it imperative for us to do our own homework, to make sure we understand the exact nature of the deal, and make sure it’s in the best interest of the community.”

JEA declined a request to interview Zahn. Jon Kendrick, JEA’s vice president of human relations, said the notion that JEA’s leadership team has a significant financial interest in privatization is a “misnomer.”

“In fact, the retention agreements are meant to incent all JEA employees to continue to serve the customers of Northeast Florida, even if a recapitalization event occurs,” he said in a written statement.

Since it began considering privatization, JEA has made all full-time employees eligible for retention bonuses. The total cost of the bonuses for the utility’s 2,000 employees, which is equal to their salary, will be $165 million, including $3.6 million for the 13 members of the senior leadership team.

The bonuses go into effect if the utility is sold and employees remain employed. Employees receive a third of the bonus on the day JEA is sold, another third if they remain employed for another year, and the additional amount if they stay for a second year.

Employees can also receive the full or remaining amount of the bonus if they are laid off by the new owner.

JEA initially sought to forbid employees from making any public statements critical of JEA and any other city official or agency as a condition of earning the bonus, although that provision was later removed from the agreement.

While the bonuses offer rank-and-file employees an incentive to stick with JEA as it navigates an uncertain situation beyond their control, Zahn and his leadership team will be guiding the path JEA pursues.

The utility’s executives will answer questions raised by a City Council fact-finding committee that will begin meeting in coming months, and they’ll also make a recommendation to JEA’s board of directors next year when they decide whether to approve a privatization deal or remain under the city’s ownership.

If the board decides to sell the utility, Zahn and his executive team will almost certainly come before the council to convince them to approve the deal.

Councilman Aaron Bowman said his colleagues’ concerns are fair, although he said he still has faith in the information the council will receive from JEA’s leadership, and more importantly, the team of outside experts, like financial firms and attorneys, they’ve hired as advisors.

“It’s a fair question,” Bowman said. “I think what we have to do is believe in the integrity of our JEA board and City Council to evaluate it. I can’t imagine myself, or anyone with moral character, would say, ‘Hey, what a great idea, I can make a few bucks on this and lie to the city about why this is a good deal.’”

Last week, a decision to set aside $1.8 million to hire an independent attorney to advise the council on the issue won overwhelming approval. Some council members have called for hiring their own experts to provide information about the financial status of JEA and its value.

Councilman Matt Carlucci, a hardline opponent of selling JEA, said he doesn’t have a problem with long-time employees receiving retention bonuses, but he doesn’t think bonuses should be given to newly hired executives, which includes Zahn and several top administrators who filled new positions he created within JEA’s existing leadership team.

He said the bonuses serves as an “extra incentive” to sell JEA, and more importantly, send mixed signals to ratepayers who are being told JEA is in a financial “death spiral.”

“You won’t hear them talking about that with their commercials with the lullaby music,” he said. “I just think that this there’s been so many mixed signals, and the community doesn’t like it.”

JEA’s board of directors gave Zahn the greenlight to explore privatization in July after he and other members of the senior leadership team told them the utility faced dire financial problems in the future, when advances in solar technology and energy efficiency will result in people purchasing less power.

At that meeting, Zahn gave the board two options: immediately begin laying off 574 of the utility’s 2,000 employees, or allow him and his team to explore privatization.

Much of the information about the bids will remain secret until JEA decides whether to select one of the bids next year, although Councilman Danny Becton will have access to parts of the process as it unfolds.

DeFoor said she’s not only skeptical to take JEA’s facts as face value, but also the team of attorneys and financial consultants they’ve hired as well.

“I’m going to have a very critical eye,” she said.