A study revealed it was cheaper for JEA to build a new headquarters rather than to renovate their current campus along West Church Street. 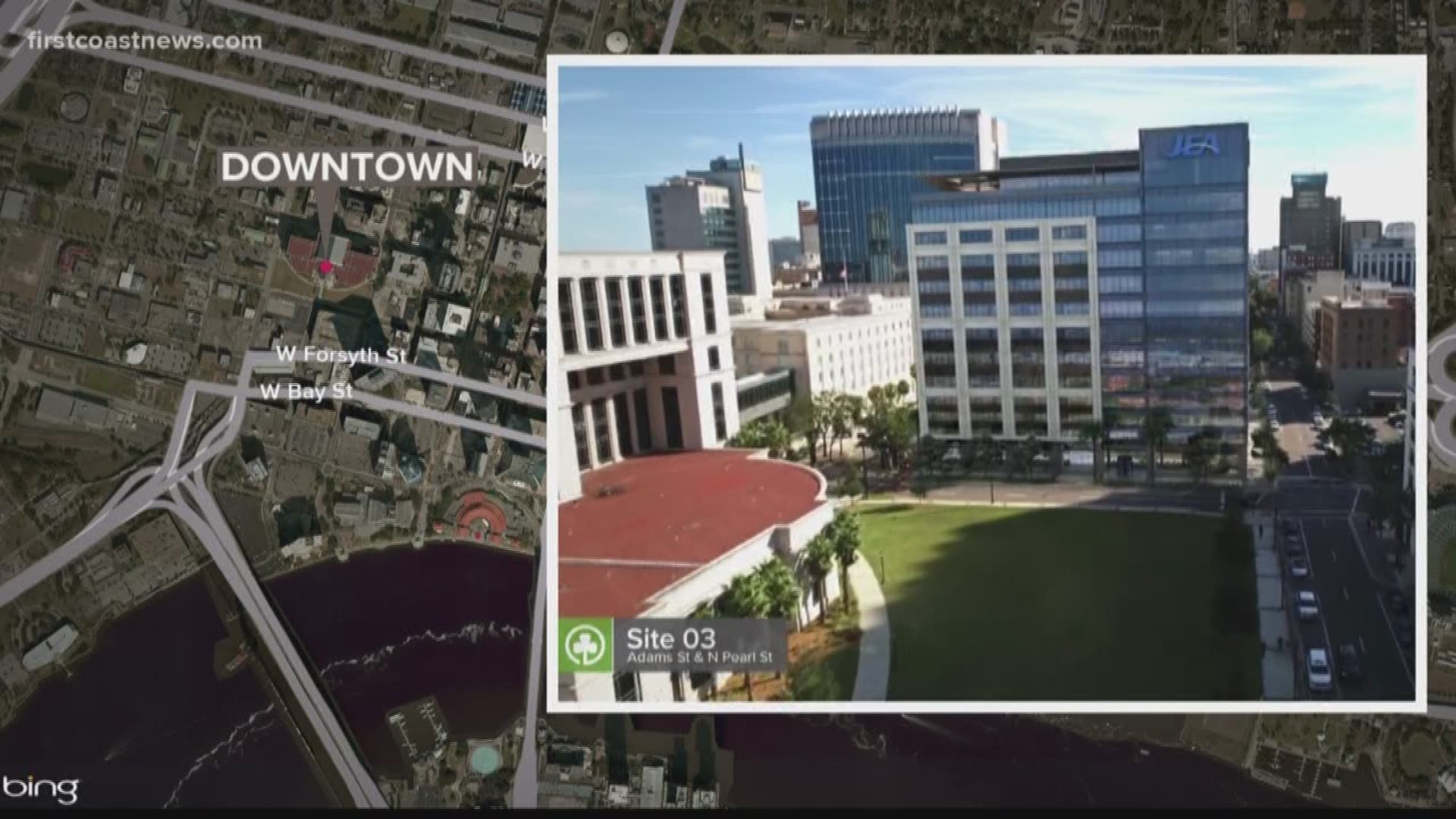 JACKSONVILLE, Fla. — The JEA board unanimously selected West Adams Street in Downtown Jacksonville as the new location for its headquarters.

A study revealed it was cheaper for JEA to build a new headquarters rather than to renovate their current campus along West Church Street.

If the JEA board's goal goes according to plan, utility payers will not experience an increase in fees to pay for the more than $70 million project.

Chairman Alan Howard said rate payers can rest assured the utility is looking at options and has plenty of assets to make up the cost of the new headquarters.

“JEA has hundreds of millions of dollars of un-utilized assets that we’re looking at liquidizing that will offset in large part, if not exceed this build to lease building that will be in for fifteen years,” Howard said.

The chairman said the utility will go through an additional process over the coming months that would include auctioning off select proprieties and using that money to pay for the new Ryan companies property.