'We are as prepared as we can be': Jax Beach police chief says extra officers will work Orange Crush weekend

Chief Gene Paul Smith said they have a plan in place, but is worried the event will be disorganized. 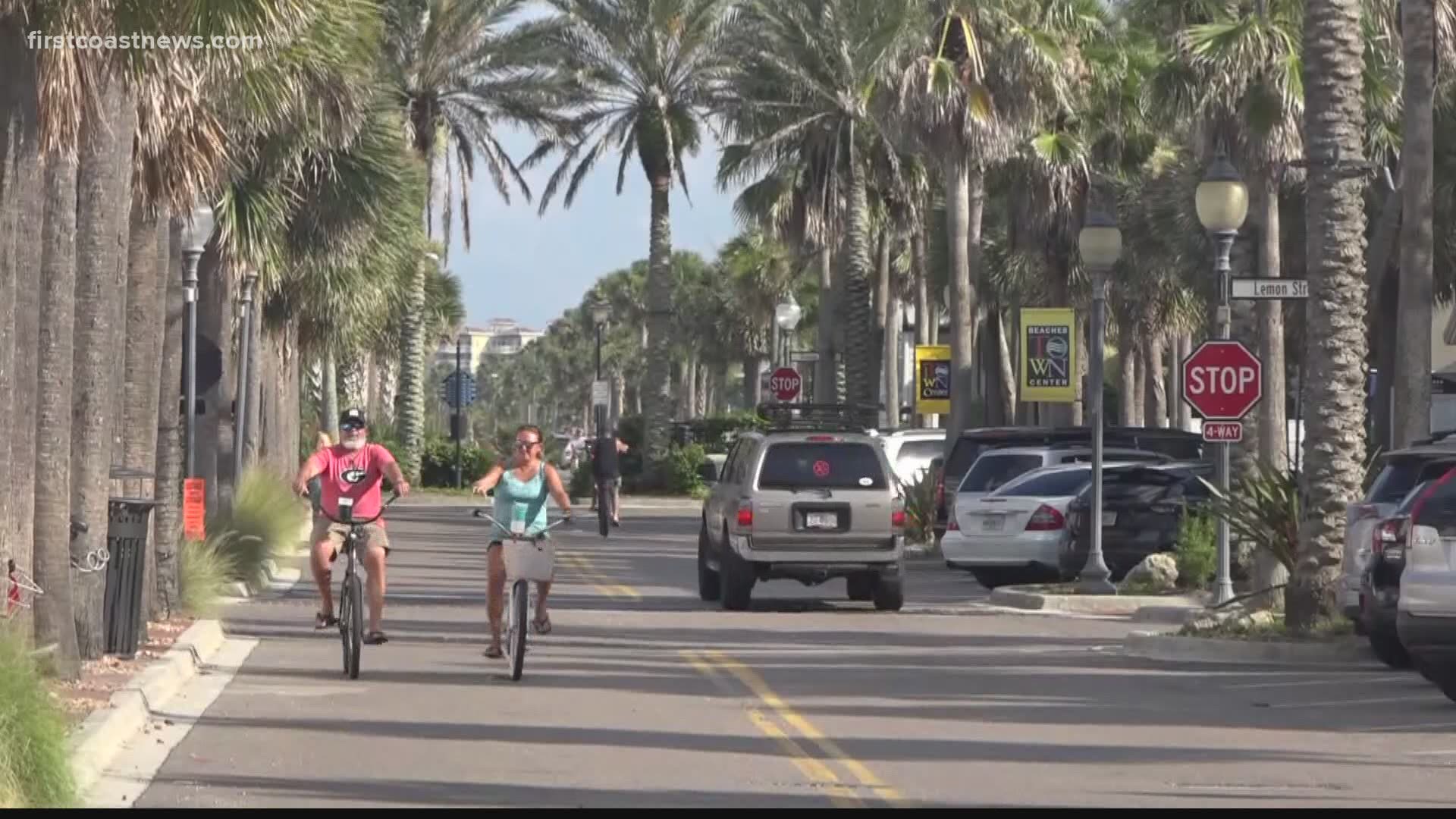 JACKSONVILLE BEACH, Fla. — Police say they are as prepared as they can be for a popular festival that has its sights set on Jacksonville’s Beaches.

He said all 70 of his field officers will be working, and the department will also be receiving help from several outside agencies – like the Jacksonville Sheriff's Office, Florida Highway Patrol and many more – treating it like a Fourth of July weekend.

"We are very good at dealing with large crowds," Chief Smith said during a presentation to Jacksonville Beach City Council this week. "There's no room to panic, we are prepared as we can be. I am concerned, but I'm not panicked."

A full command post will be up and running, he explained, while officers are scattered everywhere strictly enforcing a list of things such as violent behavior, DUIs and house parties.

In 2019 in Tybee Island, Smith found out, there were 80 arrests made during the Orange Crush festival weekend.

Smith is concerned about not knowing what to expect since, the city says, the organizers have not applied for a permit.

Hundreds of comments flooded a community Facebook page Tuesday after Chief Smith’s presentation. One of them was from Robert Rowan.

“My concerns are the same as everyone else. I mean littering, I go down there and take my kids and my dogs," Rowan explained. "But I'm sure there's an ordinance violation for that, and I would imagine they would be more strict about that. I've got pretty good confidence in the local sheriff and the police department to take care of things.”

Jacksonville Beach Mayor Chris Hoffman said the important thing is organizers have now reached out and are in conversations with the police department.

“We're gaining more information about what this event will be," she said. "It's far more loosely organized than the original promotion really implied.“

Orange Crush is being promoted like a festival, Hoffman explained, but the police department found out it’s more like different people encouraging others to come to one community for the weekend.

Therefore, the city has focused on getting the message out about local laws like open containers not being allowed on the beach.

“We want to make sure they're aware of those rules and that they abide by them – not just Orange Crush weekend, but all summer and all year long really," Hoffman said.

She added that the city and police department have also been in close contact with local businesses about concerns they things such as parking and public safety.