Jaguars owner Shad Khan announced a new development plan for a football practice facility, along with a vision for a five-star hotel on the St. Johns River. 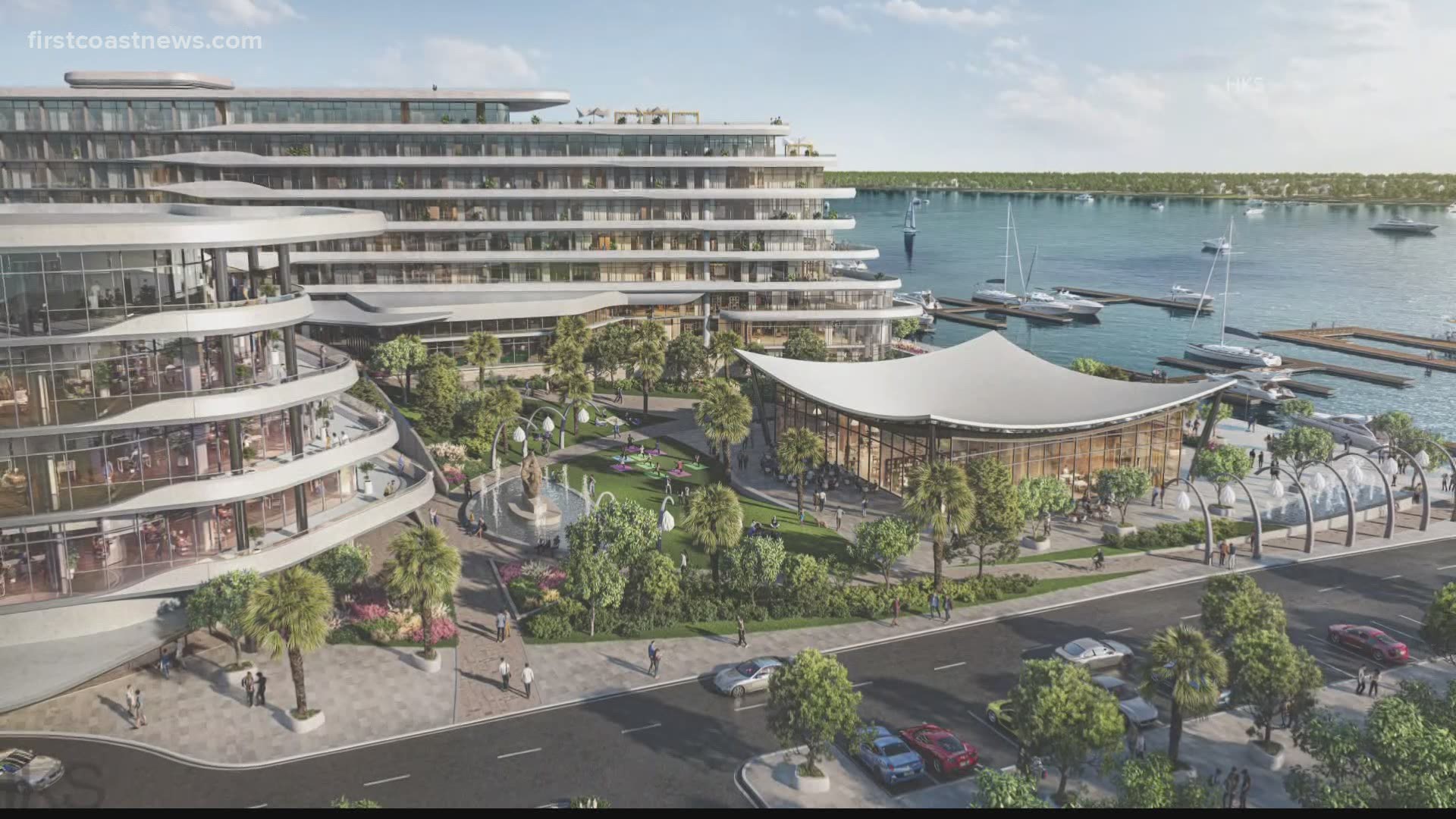 JACKSONVILLE, Fla. — The Jacksonville Jaguars rolled out their new ideas for a football practice facility along with a five-star hotel on the St. Johns River.

Another round of renderings were rolled out for a new 125,000 square feet practice facility that Jaguars owner Shad Khan says will help the team "at the doorstep of a new era for football."

The land at 1406 Gator Bowl Boulevard is aimed to be the home of the Four Seasons Hotel, which Jaguars president Mark Lamping says creates opportunities Jacksonville didn't have before.

“It's a good return for the city's investment. It brings two new industries to Jacksonville that don’t currently exist, a 5-star hotel and 5-star residences. Make no mistake, we lose business because the absence of a luxury hotel,” Lamping said.

The 176-room hotel, which will include 25 residence units, a 5-star lounge and pool, two bars, two restaurants, ballroom and meeting space, hotel guest and residence pools, will be included along with a six-floor office building and a renovated marina.

The estimated cost for this project, called phase one is $321 million. A term sheet with details of how the project will be financed was submitted to the Downtown Investment Authority in May.

The term sheet says the city will be providing over $16 million for improvement costs to a marina support building and marina improvements, environmental remediation, required infrastructure and relocating fire assets.

A completion grant of $28 million could be provided.

Estimated bed tax dollars and other revenue could contribute to over $112 million in revenue generated, although the term sheet does not say specifically when that money could roll in.

The new practice facility, which will be split 50-50 with the city, is something Mayor Lenny Curry supports.

“It’s visionary, I think it looks good, we’re still in negotiations with them, that is what they tell us they need to make this work, nothing’s final at this point," Mayor Curry said.

Lamping did not give a timeline on when ground could be broken on the project, as the DIA has yet to review the project.

“We can’t advance anything on this project until we get through the DIA board, we’re not in control of the clock but I will say we’ve had very positive work-related discussions," Lamping said.

Lamping adds that under this agreement, the Jaguars are promising a 5-star hotel to be built in Jacksonville.

“The idea that we’ll promise a Four Seasons and build a Days Inn, not that there’s anything wrong with Days Inn, that simply can’t happen and it won’t happen contractually with our agreement,” Lamping said.