"Waiting in the heat with this ticket app issue makes going to the games not even worth it anymore." 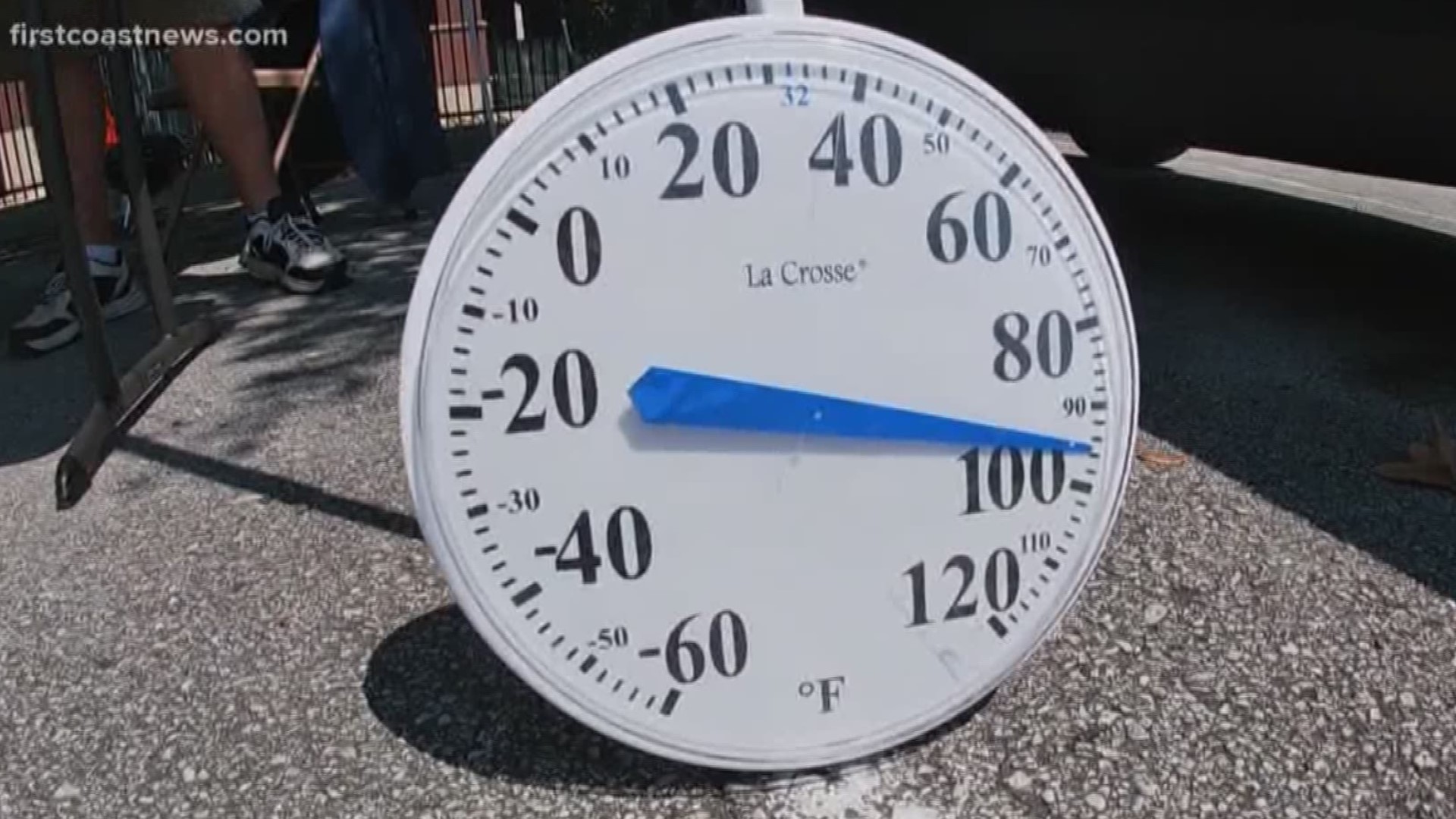 JACKSONVILLE, Fla. — Despite the Jaguar's loss to the Kansas City Chiefs on Sunday, it's their troublesome ticketing app and brutal temperatures leaving many fans upset and some even in the hospital.

Both Jags and Chiefs fans came prepared to TIAA Bank Field with their digital tickets ready and water in hand.  This year the Jaguars had a strict rule stating fans could not screenshot their tickets, rather they had to be "live" and open at the gates to be scanned. That didn't work for quite a few fans.

Charlie Moore said he and others in line couldn't get their tickets to scan.  As the heat swelled, those in line behind him waiting to get in grew hot with anger.

Ticketing staff members were unable to get a supervisor to help fix the issue and eventually just waved Moore through the gates. A season ticket holder, Moore said, "Waiting in the heat with the app issue makes going to the games not even worth it anymore."

Adding fuel to the fire, despite trying to stay hydrated before entering the stadium and drenched in sweat, fans were feeling the 122 degrees inside TIAA Bank Field. Larissa Faulkner saw several people taken out in wheelchairs and said she's disappointed in how the staff handled the heat.

“They definitely could have done a little better," she said. "Since we were in the 400 section we had to go all the way down the ramp and there were no fans, there was no wind so although they had the cooling buses and fans and misters on the very bottom, the plaza level, by the time we walked all the way up the ramps we were already miserable.”

First Coast News reached out to the Jaguars press office. When asked how they might prevent app hiccups in the future, they released a statement saying the following:

"The Jaguars are aware of a limited number of technology-related digital ticketing issues for fans entering TIAA Bank Field for yesterday’s game. While these issues represented less than one-half of one percent of attendees at yesterday’s game, the Jaguars want to ensure all our fans experience an easy and secure entry process. We’re working with our partner Ticketmaster to resolve any future issues, and as we did yesterday afternoon, will continue to have additional sales staff at each gate to resolve ticketing concerns on site."

First Coast News also asked the press office about revised plans to keep fans cool during future games. It had no comment.