“Society has gotten to the point where its unsafe, in a lot of cases we’re sitting ducks.” 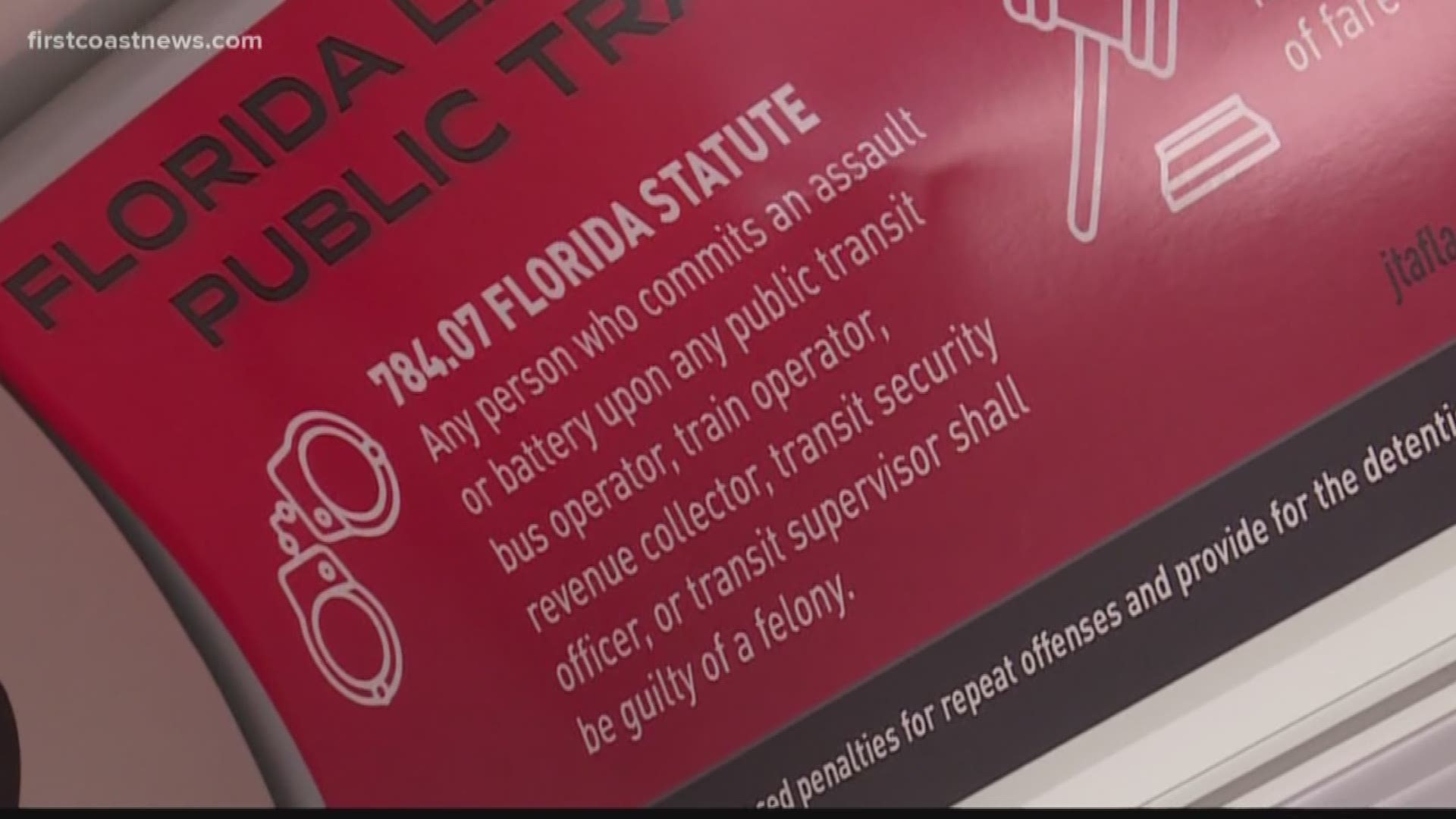 We may be so caught up in where we are going or coming from that we lose track of the safety of those who are responsible for getting us to our destination.

Dwayne Russell, local ATU 1197 president, is not one of those people.

“Society has gotten to the point where it's unsafe," he said. "In a lot of cases, we’re sitting ducks."

The local union president is calling on Congress to pass a bill in the works that would require public transportation to develop risk reduction programs, including physical barriers between the driver and potentially unruly passengers. The bill, H.R 1139, has been introduced in the House.

Over the last year, Jacksonville’s Transportation Authority has tested out these protective barriers. Twenty-eight are already in place for drivers, but more are in the works. Thanks to $600,000 in federal, state and local grants, the entire fleet, 164 barriers will look to be installed by next year.

The barrier does not completely enclose the driver to allow passengers to have access to the ticket machine, but what it does do is stop any action from the side of the driver. The glass makes any unruly passenger have to address the driver eye to eye.

JTA does have cameras on their buses.

Russell applauds JTA’s ongoing measures. Even though there are signs on the buses usually near the front letting you know you could face a felony for assault, Russell argues more action is needed.

“I had a female officer assaulted and the guy was out within six months," Russell said. "He just came up from behind her and punch her while she was operating a bus. They’re giving the perpetrator the slap on the wrist, they need to get a harsher punishment."

Russell added Congressman Al Lawson is on board but hopes the bill will move from an introduction into action.

“I think a strong message has to be sent to the public that attacking bus operators won’t be tolerated.”