Bill and Alaina Van Der Velden were told to prepare for the worst and to start saying their goodbyes. 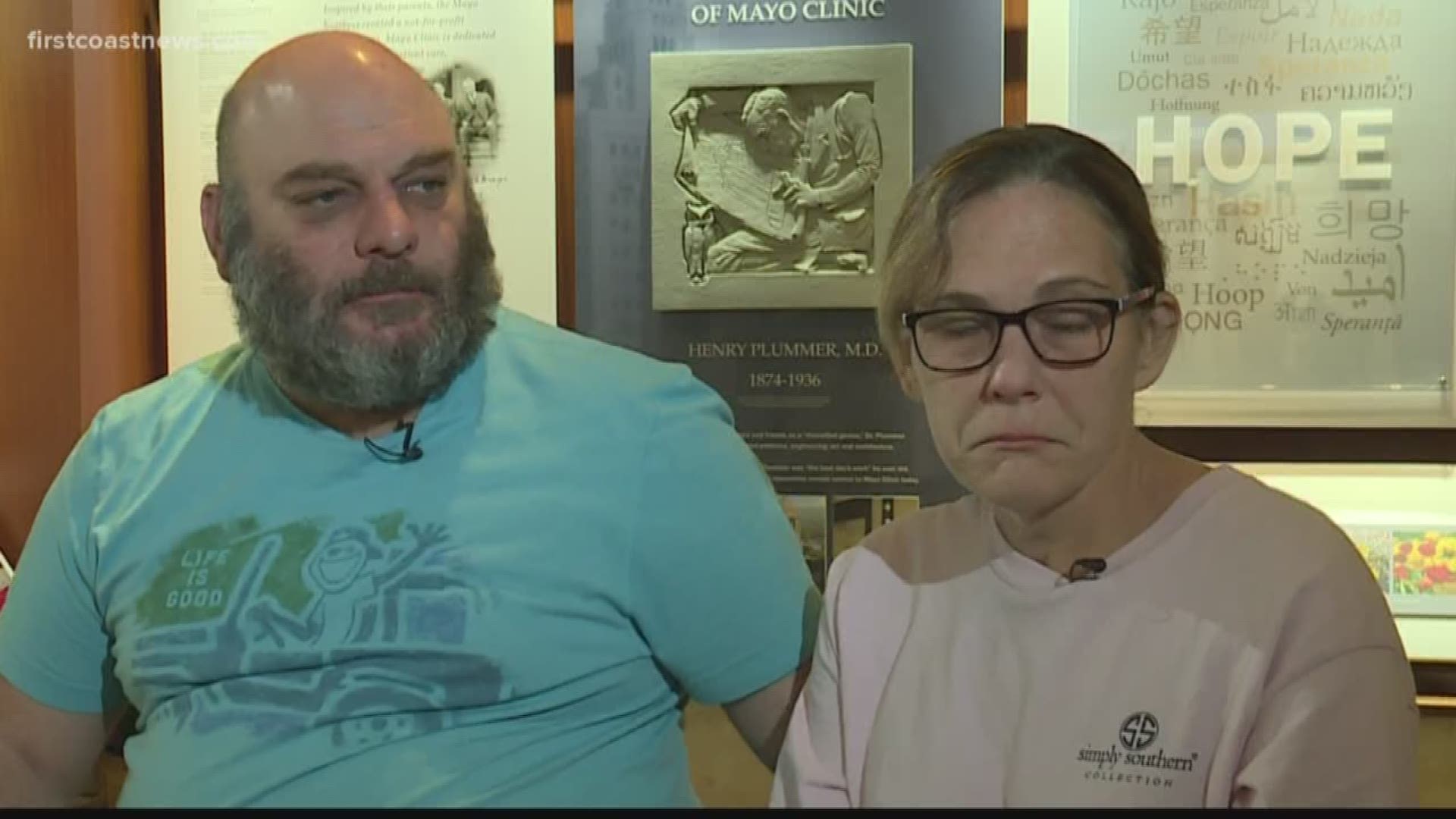 JACKSONVILLE, Fl -- The cellphone video is grainy and it is shaky, but it shows is a teenage girl waking up from a coma.

"I mean we are seeing a miracle," said Alaina Van Der Velden.

Bill and Alaina Van Der Velden were told to prepare for the worst and to start saying their goodbyes.

But on Thursday, their 17-year-old daughter woke up in her bed at the Mayo Clinic. She came out of the coma the same as she slipped -- inexplicably.

"I was so happy, I was like shaking," said Bill Van Der Velden. "There was no medical reason for her to be in the coma."

The Van Der Veldens are both Navy-retired and parents of two children. Their Facebook pictures reveal they're a close family.

They told On Your Side life with Chrissy is an emotional roller coaster. She has lived and fought Cystic Fibrosis since she was a child.

If life has been a roller coaster, the past few days must have been their lowest point. But they never lost their hope.

"This is our miracle," Bill said.

Chrissy started physical therapy to regain her strength and just watching her respond brings joy to her parents.

"Today, she's up there watching movies all morning," Bill said

Their goal and the goal of her healthcare providers is to get her to where she can become a candidate for a lung transplant.

They know it is a difficult road ahead. A road where every second, every minute, every hour is as valuable as the one before.

"That's all you can do in a situation like this," said Bill," take it day by day."

They say if Chrissy won't be home for the holidays, neither will they.

The Van Der Veldens plan to remain by her side at the hospital bed until she is able to go home.