The sky's the limit for one Jacksonville college student who is one step closer to his dream of becoming an astronaut. 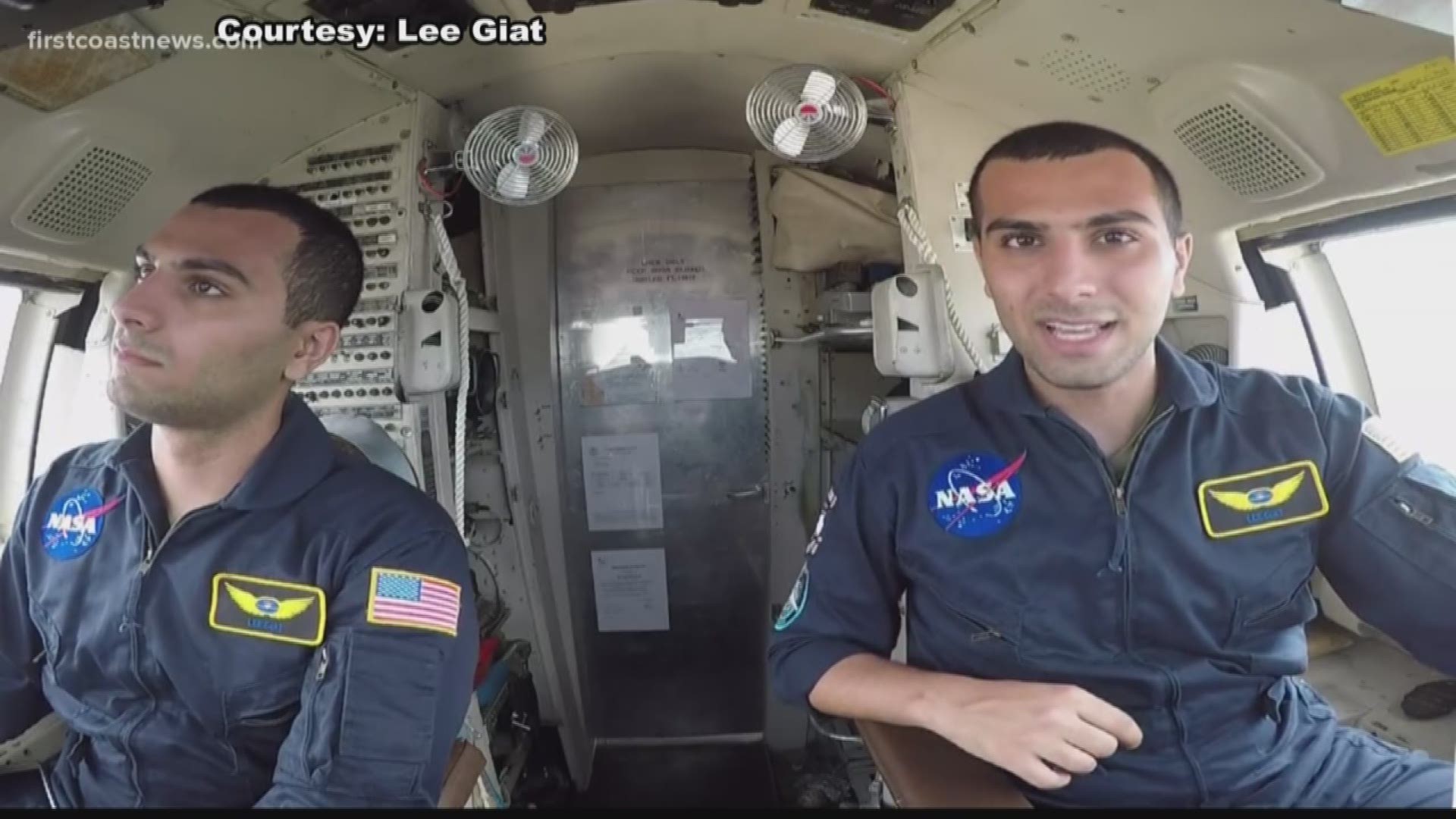 JACKSONVILLE, Fla. - The sky’s the limit for one Jacksonville college student who is one step closer to his dream of becoming an astronaut.

Lee Giat is a junior at University of North Florida, double majoring in astrophysics and communications. Tuesday, he was named a finalist for a trip to Russia.

Star City, Russia, to be exact.

“Where astronauts and Russian cosmonauts train,” Giat said. “[The winner will] get to take a ride on the centrifuge and experience G-forces, try astronaut food, put on a space suit and learn how to fly an actual Russian Soyuz rocket.”

Space makes its way into most aspects of Giat’s life; when he’s not doing school work or working on his YouTube science show, he operates the planetarium at MOSH. Crowd members of all ages can feel his passion as he points out planets and teaches the audience to do the same.

“We know a lot about Earth, there’s a lot that we don’t know, but space…so much unknown,” Giat. “Life’s greatest questions. The who, what, when, where, why’s and how’s of our very existence…we don’t know any of those answers.”

Giat said the winner of the competition will be announced in the coming days or weeks.