The Riverfront Plaza will be hosting the Street League Skateboarding World Championship. 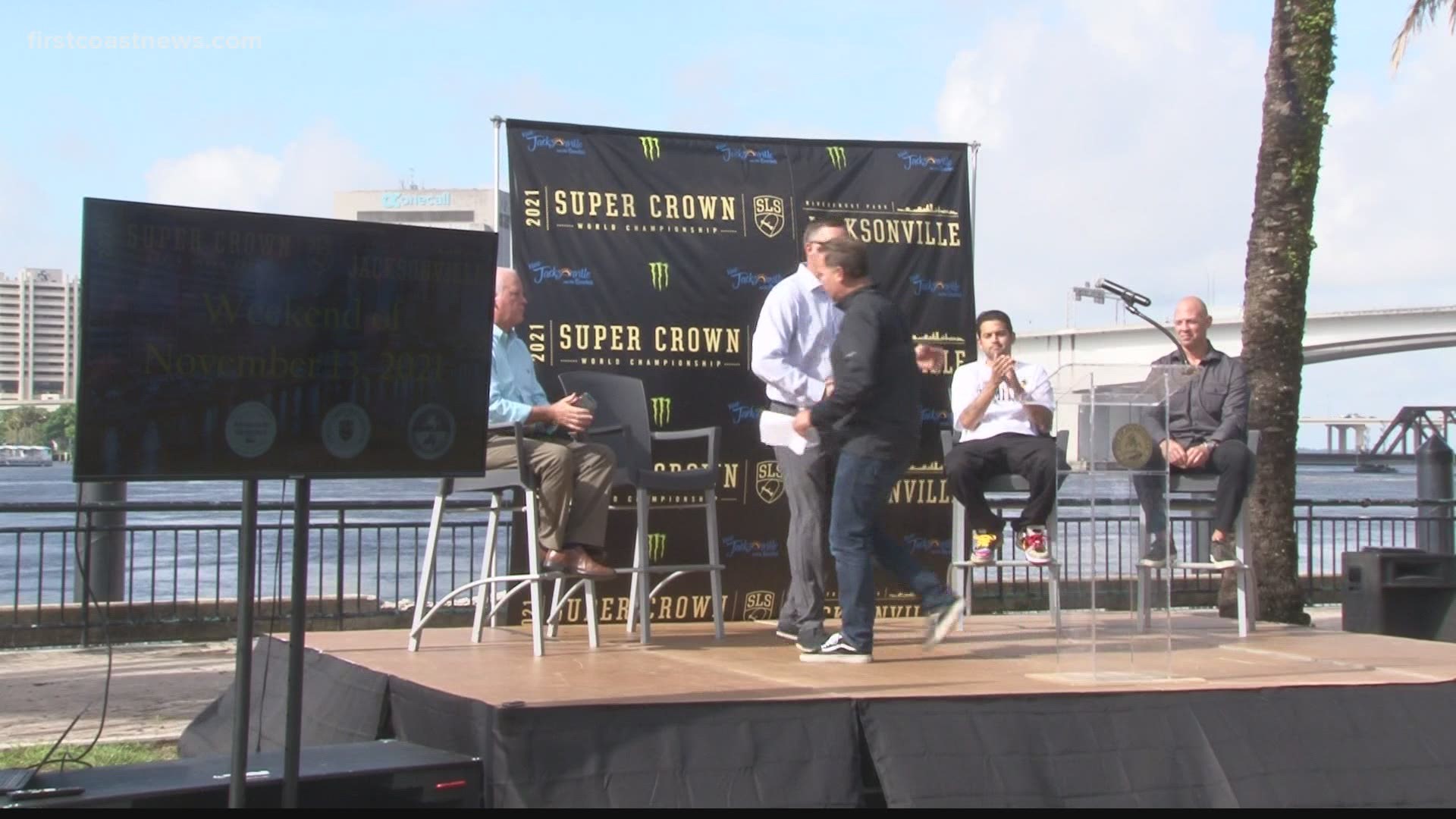 JACKSONVILLE, Fla. — Another major sporting event is coming to Jacksonville.

The Riverfront Plaza will be hosting the Street League Skateboarding World Championship.

City leaders and the skateboarding community are stoked to see the sport’s pros tear it up in downtown. It’s a huge event that one local skate shop says will continue to inspire others and help out local businesses

It’s a half-pipe dream turned reality after a year in the making — one of the biggest skateboarding events is coming to the Bold City.

Mike Peterson is one of the owners at The Block Skate Supply in Springfield.

As a former professional skater, Peterson thinks it will inspire others to kick and push others to be just like him.

Peterson says it will bring a spotlight to the skateboarding scene.

“We’ve had a skate scene here for 30 plus years, it’s just so rad this big of a magnitude is coming to our town,” Peterson said.

The announcement made Tuesday with Mayor Lenny Curry and skateboard pro Paul Rodriguez.

Mayor Curry says the city continues to attract large events due to public and private partnerships.

“We saw people came from all over when we had UFC in Jacksonville, I expect you’re going to have an audience from all over the world that is passionate about this sport,” Mayor Curry said.

“We’re trying to bring events when the hotels aren’t busy, when the restaurants aren’t busy, obviously through the pandemic we’ve seen major dips in tourism but we look at the months where we need tourism when we need bodies in our city,” Verlander said.

Verlander estimates a four-to-five-million-dollar boost, based on where the event was held previously. That boost can help businesses like The Block.

“It’s going to be a huge impact; I’m excited about it. It’s going to draw a lot of attention here to people who don’t even skateboard,” Peterson said.

It will be taking place during the weekend of November 13.