Sheriff Mike Williams said the spike is due to people arrested coming into the jail with COVID-19. 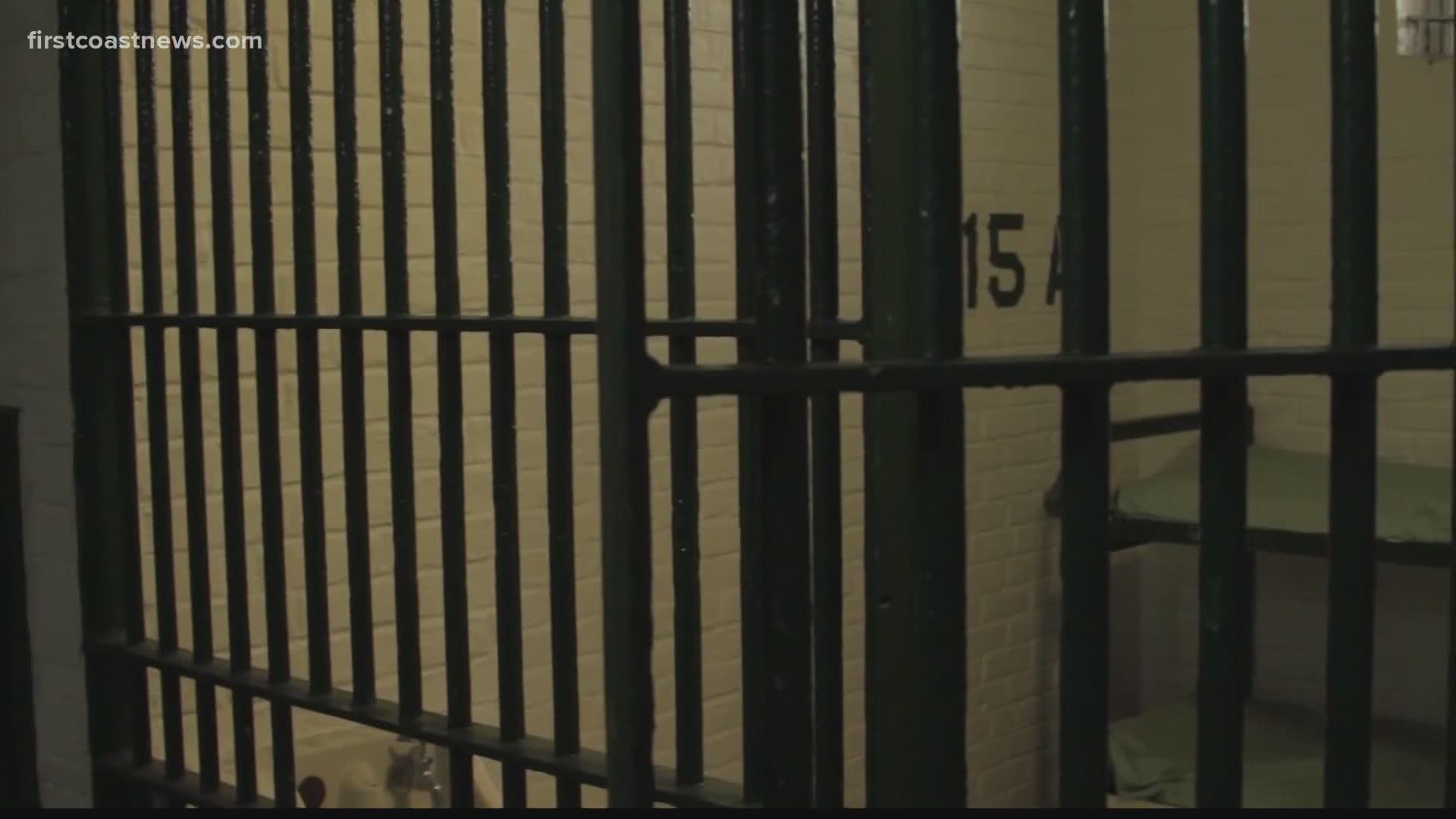 JACKSONVILLE, Fla — About 450 inmates in Duval County have tested positive for COVID-19, according to Jacksonville Sheriff Mike Williams Monday. In June, that number was 20.

According to Williams, the recent spike is due to people who have been arrested coming into the jail with COVID-19. All arrested inmates are tested for the virus. If they refuse, they have to quarantine for two weeks.

NEW: @JSOPIO Sheriff Mike Williams announced today about 450 inmates in jail in Duval County have tested positive for COVID-19. One month ago that number was 20. Sheriff Williams says this spike is because people who've been arrested are coming into the jail with COVID-19. pic.twitter.com/Ptfdj3FpxD

A spokesperson for JSO said Tuesday those results take two-to-seven days to come back. New inmates in the meantime are quarantined in a specific part of the jail until their results come back.

The initial outbreak was reported on June 21, when there were 20 cases. That outbreak was due to a contracted doctor who tested positive and exposed employees and inmates. Employees with the Department of Health were brought in June 22 to test all inmates in the three JSO Department of Corrections facilities, nearly 3,000 inmates. The DOH is also helping with contact tracing.

A spokesperson for JSO said the DOH just finished its second round of testing inmates. This time, they retested everyone who tested positive before, and will continue to test them until they test negative.

Williams said most of the inmates with COVID-19 have minor symptoms and no one has had to go to the hospital.

“As you can imagine, this is hour-by-hour monitoring. It’s a situation we’re monitoring at the jail, so they’ve done a great job of taking charge of that,” Williams said.

Williams and JSO said inmates who test positive are isolated in a different spot in the jail away from those who test negative. Williams said Monday they’re “leveraging different floors” to quarantine inmates. According to JSO, there's minimal movement throughout the facility, and if someone in one part of the jail tests positive, it's turned into "a closed quarantine dorm with no movement until additional tests can be done."

Williams also mentioned Monday “lots of safety protocols” in place, but didn’t specify what those are.

JSO said in the past masks were mandated for all inmates and employees at the facilities starting at the end of June. The DOH provided each inmate with two masks each and will supply them with more if they need them. Employees in the field are not mandated to wear masks, but it is encouraged. JSO also said in June “a top priority continues to be prevention, cleaning and sanitation of the facilities.”

Concerned family members of inmates, however, said the cells were not sanitized unless someone tests positive, and they’re not allowed to get cleaning supplies unless they purchase them from the commissary.

Kymoni Stevens said he hasn't talked to his brother, Kyron Ashley, who he talked to every day, in about a week.

"He told me there was COVID inside the jails," Stevens said. "I remember him telling me he was feeling under the weather and that was through text and since then, I haven't heard from him," Stevens said.

Stevens said he's worried his brother could be one of the 450 inmates who've tested positive for COVID-19. He said he's frustrated that HIPAA laws don't let the jail release information about his brother's health.

"I just want to make sure he's OK," Stevens said.

Defense attorney Andrew Bonderud said an attorney could go to the jail to have an inmate sign a HIPAA release form, but said there should be an easier way.

Bonderud said the sheriff's office needs to do more to protect inmates.

"When you see a spike like that, I think the sheriff’s office needs to take a look at its policies and procedures and maybe reevaluate," he said.

Appearances for inmates have been waived as well. They had been appearing through video chat but had to be moved to a different part of each facility for that. This will cut down on the movement of inmates inside the facilities, according to the public defender’s office.

JSO said 98 employees have tested positive for COVID-19. It’s not mandatory that they get tested. In June, 32 JSO employees had COVID-19 and 182 were self-quarantining.