A woman living in the Robinson's Addition area is asking the city to clean up a ditch that's eroding her land and causing issues inside her house. 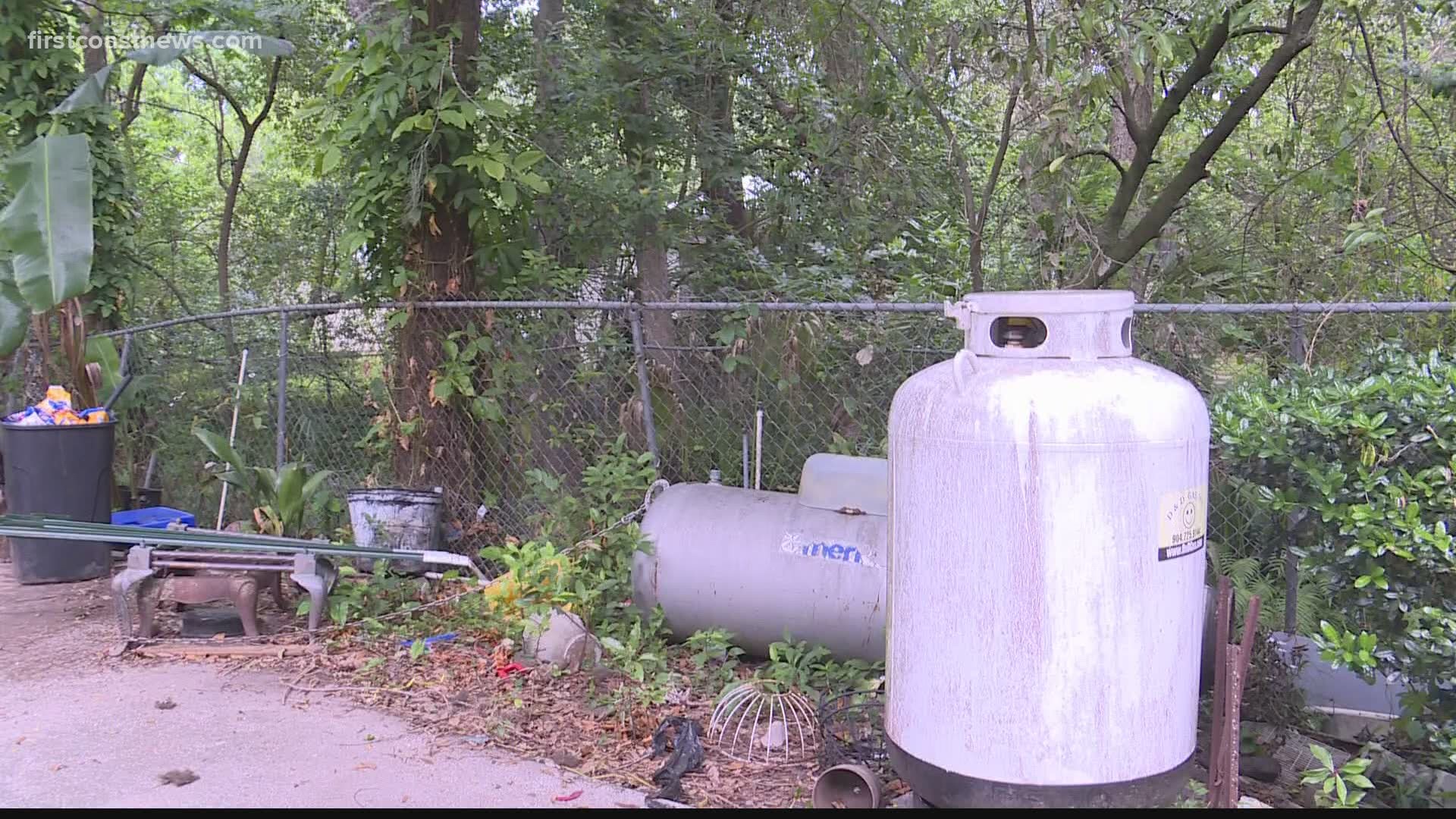 JACKSONVILLE, Fla. — (Edit: the city of Jacksonville says the two retention ponds were permitted by the St. Johns River Water Management District, not maintained as was previously written. We are waiting to hear back from the city on who is responsible for retention pond maintenance.)

A Jacksonville woman says her house is falling apart at the seams.

Her claim is that a city-owned ditch has eroded over time and caused her home along Commonwealth Avenue to lean into it.

A consultant told Sallie Barnes her home was off level by about six inches, and she is demanding answers.

The slopes of the ditch have created holes underneath her fence where her dogs can get out and possibly get hurt.

She has fought the issue with the city for several years.

“This ditch has caused erosion to my property, my fence, my house, my driveways, everything has eroded,” Barnes said.

Barnes says because of her house leaning, there are issues on the interior and exterior.

"The ceilings are bulging because the house is leaning so much. There's three trees on his ditch that are threatening my life," Barnes said.

Officials say they Barnes a copy of the US geological map records as far back as 1917, that depicts the area as a naturally flowing creek that is a headwater tributary of McCoy's Creek.

The city is only required to maintain outfall ditches they have formally accepted for maintenance, but they say the ditch is a natural creek for which the city is not responsible. City officials say at the homeowner's expense, they can ask for an engineer to design and permit a countermeasure to address the creek erosion.

Barnes claims that two retention ponds to the north of her property provide water that flows through the ditch next to her home. According to the city, those retention ponds were permitted by the St. Johns River Water Management District.

Barnes feels the problem is out of her control.

"This ditch has cost me money, threatened my life, and it's time for the city to do the right thing," Barnes said.

Barnes is having an engineering firm evaluate her home to see what would be the cost of repairs, which she estimates to be tens of thousands of dollars.