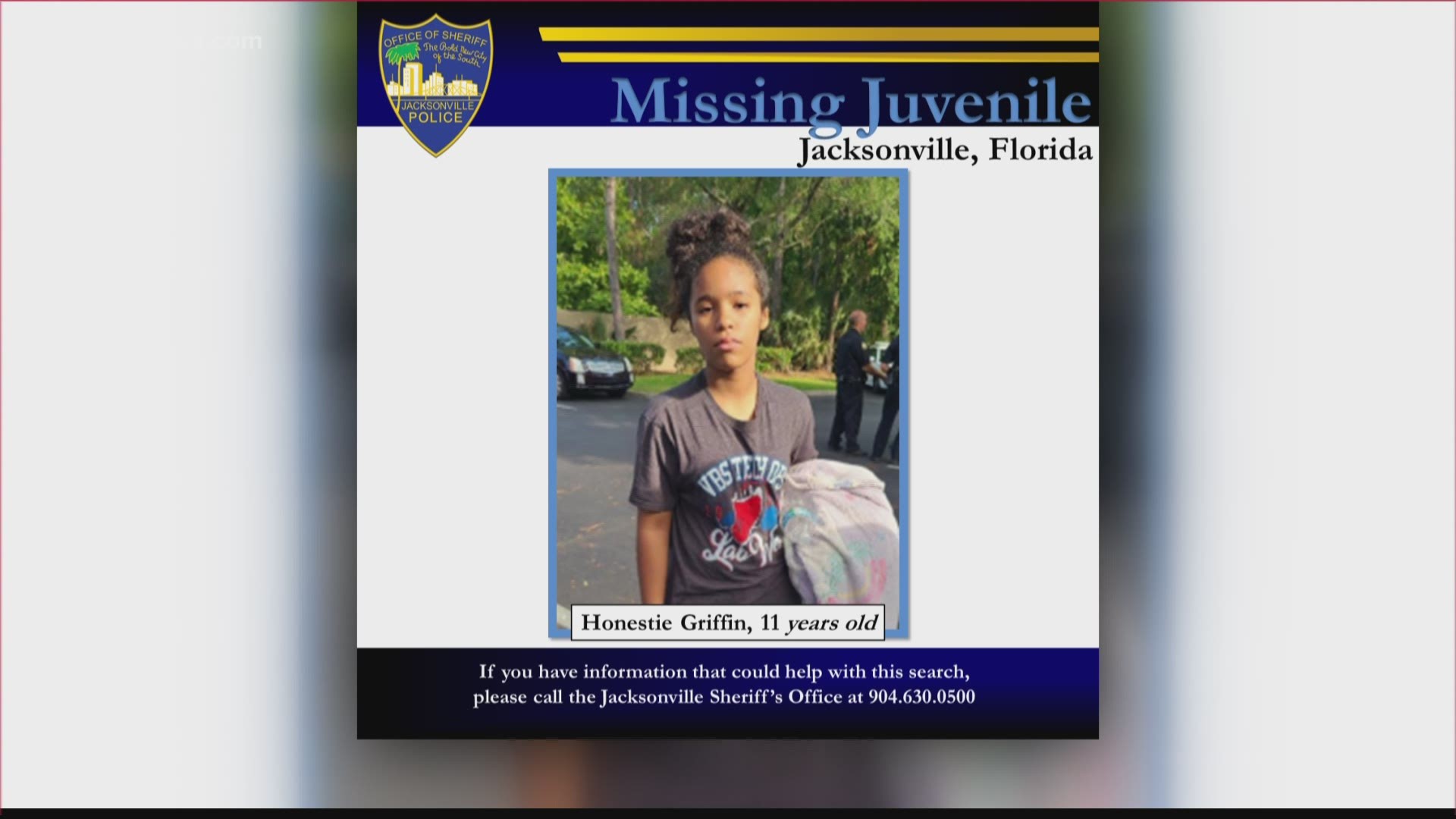 Honestie Griffin was reported missing Wednesday night after last being seen around 6:30, JSO originally said in a release just after midnight Thursday. Police told First Coast News they searched in the area of Arlington Expressway and University Boulevard, but did not give any details about where or how Honestie was found.