Police are looking for a man with a camouflage hoodie and black pants after a man was shot and killed in the parking lot of Lakeside Apartment Homes. 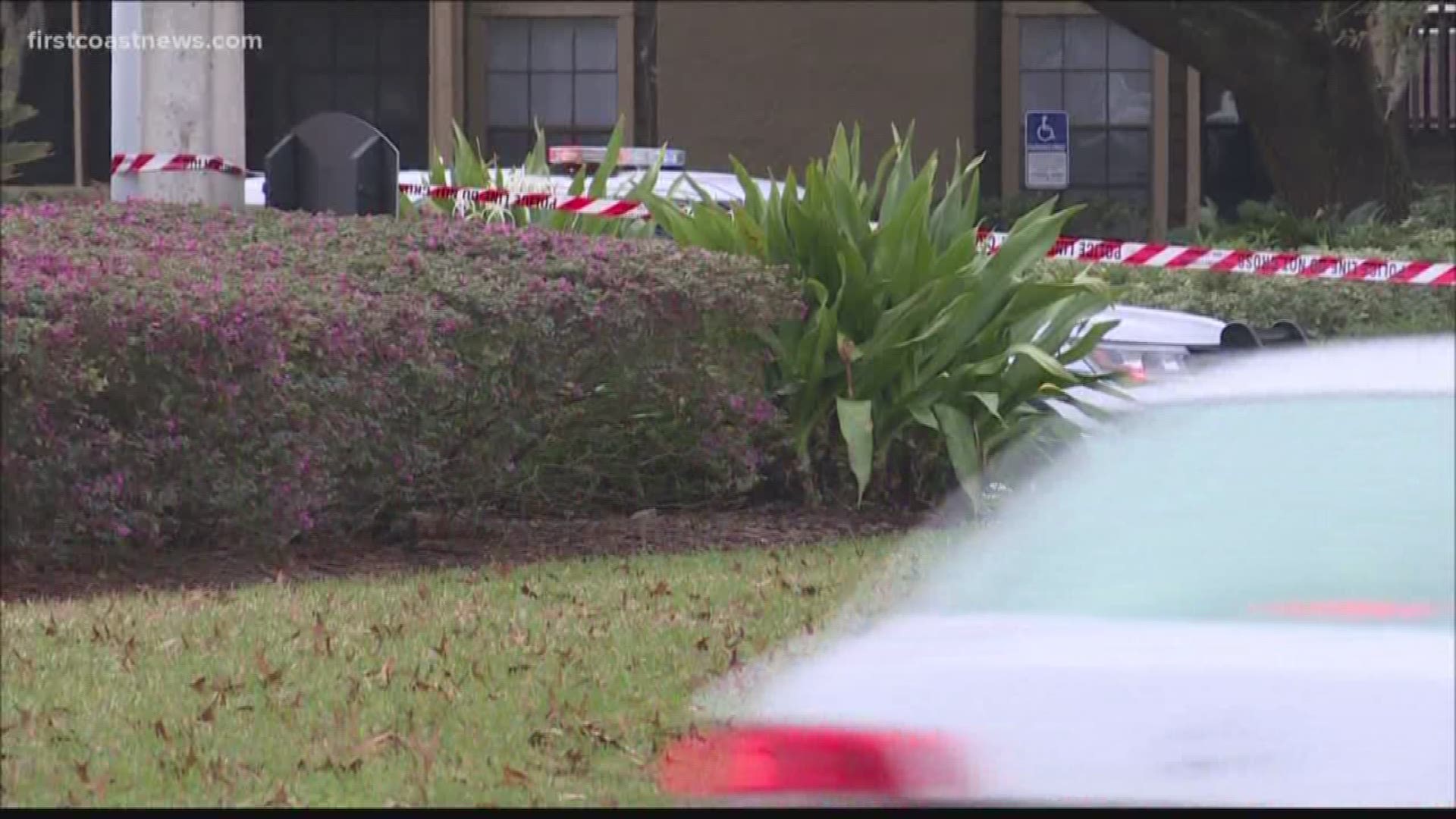 Police are looking for a suspect Friday after a man was shot multiple times while in the parking lot of a Royal Lakes area apartment complex, according to the Jacksonville Sheriff's Office.

In a parking lot located near the back of the complex, police found a man had sustained multiple gunshot wounds. He was pronounced dead at the scene, police said.

Witnesses told police they saw a man wearing black pants and a camouflage hoodie fleeing the scene with a weapon, according to police.

At this time, police are not sure if the victim and suspect knew each other.

Witnesses and the family of the victim are being interviewed by police.