Two days after Louis Nix III's mother confirmed his death, the Jacksonville Sheriff's Office identified him as the victim pulled from a pond Saturday. 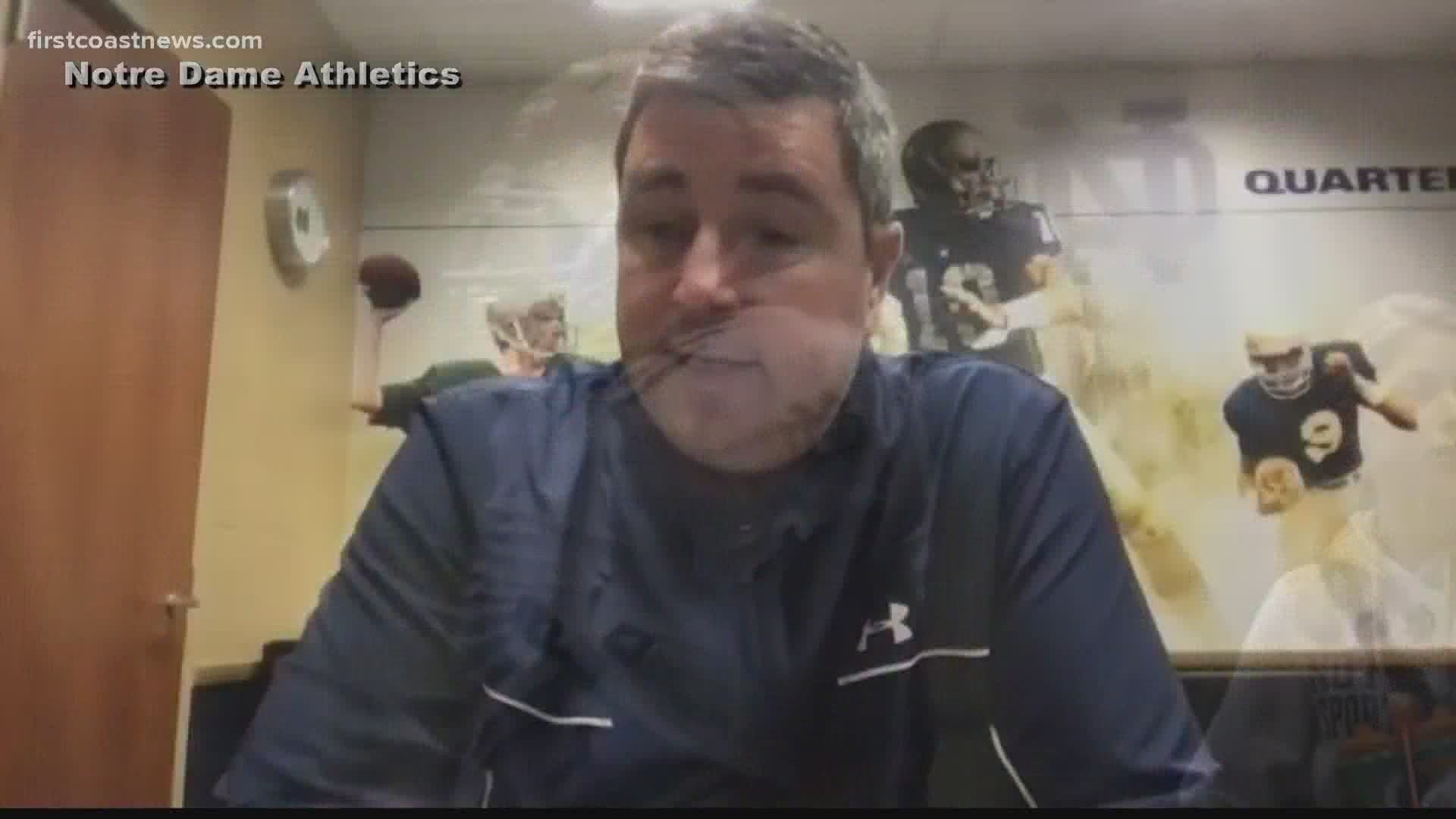 JACKSONVILLE, Fla — Two days after the mother of Jacksonville football star Louis Nix III confirmed his body was found in his car on the Northside, the Jacksonville Sheriff's Office has identified Nix as the victim.

"The deceased individual has been identified as Louis Nix," the release says. "The Jacksonville Sheriff's Office is continuing to investigate the circumstances of Mr. Nix's death."

The release says police responded to 1700 42nd St. West for a missing person report Wednesday regarding 29-year-old Nix's disappearance. JSO issued an advisory Saturday saying police were attempting to find Nix to make sure he was safe.

The car police pulled from the retention pond near Nix's apartment Saturday evening matched his vehicle's description. JSO announced Nix had been found, but did not go into detail at that time.

The former Notre Dame defensive tackle and Raines High School football player was the victim of an armed robbery that ended with him being shot back in December.

Friends and family members describe Nix as a fun-loving teddy bear. While they are not sure what led to his death, they tell First Coast News they want to keep Nix's legacy at the top of everyone's mind as they grieve.

"He was a fun-loving big teddy bear," said Stephanie Wingfield, Nix's mother. "He was my Big Lou."

Friends and family have all said regardless of Nix's football fame, he was humble and made sure everyone felt like they mattered.

"He just really set the bar for being a good person,” said Nix's best friend and former teammate Kendall Moore.

Mike Elston, Nix's defensive line coach at Notre Dame, said Nix was an incredible asset to the school. He wasn't only a great player on the field, but he was a great person off the field.

“He’s a big man that could be intimidating," Elston said. "But his infectious demeanor, you walk up to him and say, 'Hi to Big Lou.' He would say hello back, and he would make you feel special like you had a relationship."

Old videos from Notre Dame Athletics show Nix talking about his football career and his life in Jacksonville.

“I’m just a guy from Jacksonville Florida," Nix said in the video. "Northside of Jacksonville. In the hood, ‘You won’t do much. You won’t make it.’ And that’s what a lot of people told me, that I wouldn’t make it. And look at me now.”

In those videos, Nix credits Wingfield for pushing him to be a football player in high school, and how it paved the way for a bright future.