Taylor was shot at least eight times March 13, 2020, when three Louisville police officers entered her apartment to serve a search warrant for a drug investigation. 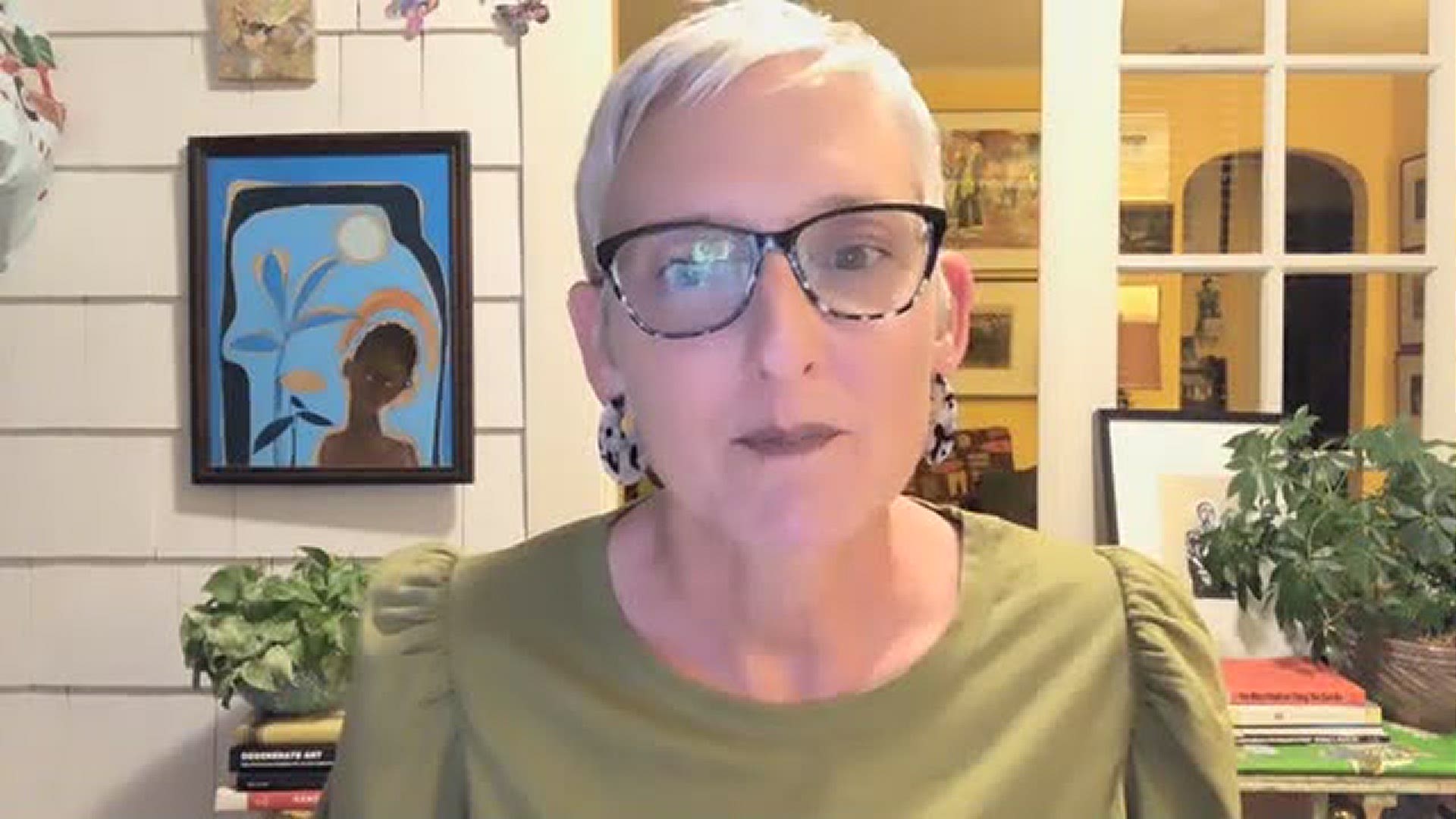 One year after she was shot and killed in Louisville, Kentucky, a Jacksonville virtual art exhibit is celebrating the life and legacy of Breonna Taylor, along with other figures that have inspired the Black Lives Matter Movement.

"We all know her name. We all know her face. And we all know, the tragic death that occurred when police officers shot into her home she and her partner's home," said Hope McMath, founder and director of Yellow House Art Gallery in Jacksonville's Riverside.

The art gallery has a virtual exhibit titled "Sit In, Stand Up," which the gallery's site describes as a poster collection to commemorate the 60th anniversary of Ax Handle Saturday and its connections to racial justice efforts today.

The exhibit, a virtual display due to COVID-19, emerged during the summer of 2020 amid Black Lives Matter protests and demonstrations that dominated the summer months.

Taylor was shot at least eight times on March 13, 2020, when three Louisville Metro Police officers forcibly entered her apartment to serve a search warrant for a narcotics investigation. The police department said the officers were returning gunfire from Taylor's boyfriend who fired at them first.

The gallery is a place where art and social justice come together, McMath said. The space normally hosts exhibitions, public programming and community outreach that is focused on issues such as racial justice, environmental issues, gender liberation and lifting up youth voices.

The "Sit In, Stand Up" exhibit includes 25 works from 25 different local artists, "focusing on Black and brown artists," McMath said. Several of the works specifically lift up the image and legacy of Taylor, whose death was fresh on the minds of the artists as they curated the show.

"When this show was curated, Breonna Taylor was very much still on our minds as we were all grappling with her her murder, and dealing with issues of police overreach, police accountability and a desire for justice," McMath said. "There is a really powerful work in the show by Jen Arevalo that shows Breonna Taylor holding the scales of justice. And she's juxtaposed in front of a graphic of a newspaper article with a headline that speaks about Brianna's murder. And at the bottom of the image is simply the large word that says 'justice.' And I think justice is still something that we are all waiting for hoping for and demanding. Not just in the case of Breonna Taylor, but so many Black lives that have been lost."

Other works in the exhibition also incorporate the theme of "Say Their Names," McMath said. Some of them show the face of George Floyd and Breonna Taylor and list the "many, may names of Black women and men that have been lost to police violence," McMath said.

The exhibition draws on the inspiration of political campaign poster design to inspire social justice, McMath said. The same style of posters were used for everything from women getting the vote to the civil rights movement.

"Because these posters are all made by different artists, they all have their own sort of unique voice, their own unique use of imagery and design," McMath said. "They're powerful. They're symbolic. They're accessible to anybody to be able to quickly understand the message within the image ... They're very clear in what they are putting forward as both a way to remember Breonna Taylor, but also as a way to demand justice."

When the show was curated, Taylor was very much on the minds of the artists involved who were grappling with her death and dealing with issues of police overreach, police accountability and a desire for justice, McMath said.

"There are a couple of images that actually show the face of George Floyd as well as Breonna Taylor and list the many, many, too many times of Black women and men that have been lost to police violence," McMath said. "So the show as a whole deals with all kinds of issues of justice and finding our voice and of the power of casting our vote. But there is a pretty intense focus on the lost lives of George Floyd and Breonna Taylor."

The virtual exhibition has had more than 10,000 visitors since its opening, which is far more than the Yellow House Art Gallery would ever be able to get within its intimate space, McMath said. The exhibition has been very well received, she said, and other artists have voiced interest in adding to it, ensuring that it will be a living, breathing exhibit.

On the eve of the anniversary of Taylor's death, McMath said this is a critical moment.

"You know, it's one thing for the movement to rise up when injustice happens. But the movement is also interested in what does justice look like as time marches forward," McMath said. "And I think we're seeing sort of intense attention in Louisville, but really across this country, and in our own community here in Jacksonville. There is a strong movement for change, for racial reckoning, for justice, for George Floyd, for Breonna Taylor, for the young men and women whose lives have been lost in our own community, and for progress, when we talk about how we build the world that we all truly want to live in. One in which all lives are valued, but at this moment in particular, that we recognize that Black lives really do matter."

McMath said the anniversary of Taylor's death affords artists the opportunity to mark other injustices.

"We also have just experienced the launch of the trial against the police officer who murdered George Floyd," McMath said. "Artists in particular have a very important part to play in these movements for change. Artists sometimes see through the noise. They help to take complicated issues and make them something that we can all focus on. And I happen to believe that artists are some of our greatest truth-tellers."

The virtual exhibit at Yellow House is part of a nonprofit organization. If you would like to donate, click here.