Mayor Lenny Curry says he'll ensure problems facing Duval County classrooms will be fixed, all you have to do is email him. 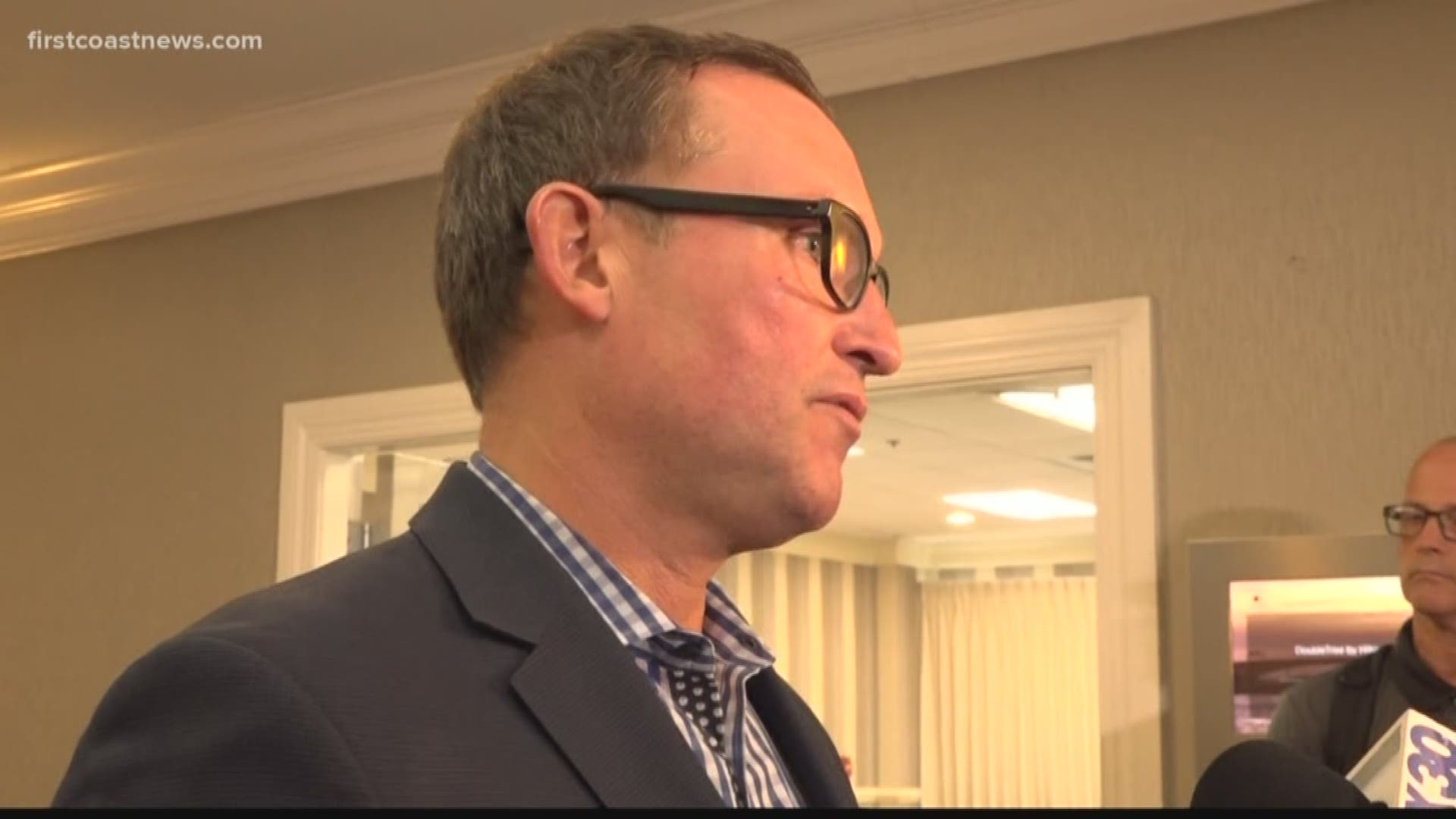 JACKSONVILLE, Fla. — Concerned Duval County teachers can now email Jacksonville Mayor Lenny Curry regarding any issues they are having with their classrooms or schools.

Curry made the announcement on Twitter Sunday night after responding to a Duval County teacher struggling with lack of air conditioning in their classroom.

"I am working on lesson plans wondering if the A/C in my class is going to work tonight," Twitter user @ChrisinJax1 said. The tweet was posted as a response to a Twitter poll Curry posted just before 8:30 p.m. asking his follower if they were watching the Emmy Awards or Sunday Night Football.

Curry responded to the teacher, saying, "DM [Direct Message] me your school and your classroom and we will make sure your problem is fixed."

"Hey Duval County teachers with issues concerning their classrooms, please DM @LennyCurry because apparently that's the only way to get help in this county, slide in the mayor's DMs," Twitter user @LaLa904_land said. "Wouldn't it be nice if he just cared enough to fund the public schools in his city!"

Curry retweeted the post, saying, "Share your school, your class and your need. Email me at mayorlennycurry@coj.net. If your management can't fix basic needs like air conditioning, we will."

This comes after the Duval County School Board, with the teacher’s union, filed a lawsuit Tuesday against the City of Jacksonville for denying a half-cent sales tax referendum from being placed on November’s ballot. Placing the referendum on the ballot would have allowed voters the opportunity to decide if that money should go toward school repairs and upgrades.

The lawsuit from DCPS came just one day after a similar lawsuit was filed by a group of parents and grandparents who claimed city council overstepped its authority by refusing to put it on the ballot.