'I hear you:' Jacksonville mayor announces removal of all Confederate statues citywide

He was joined by Leonard Fournette, who organized a protest walk that immediately following Curry's announcement. Lil' Duval was also in attendance. 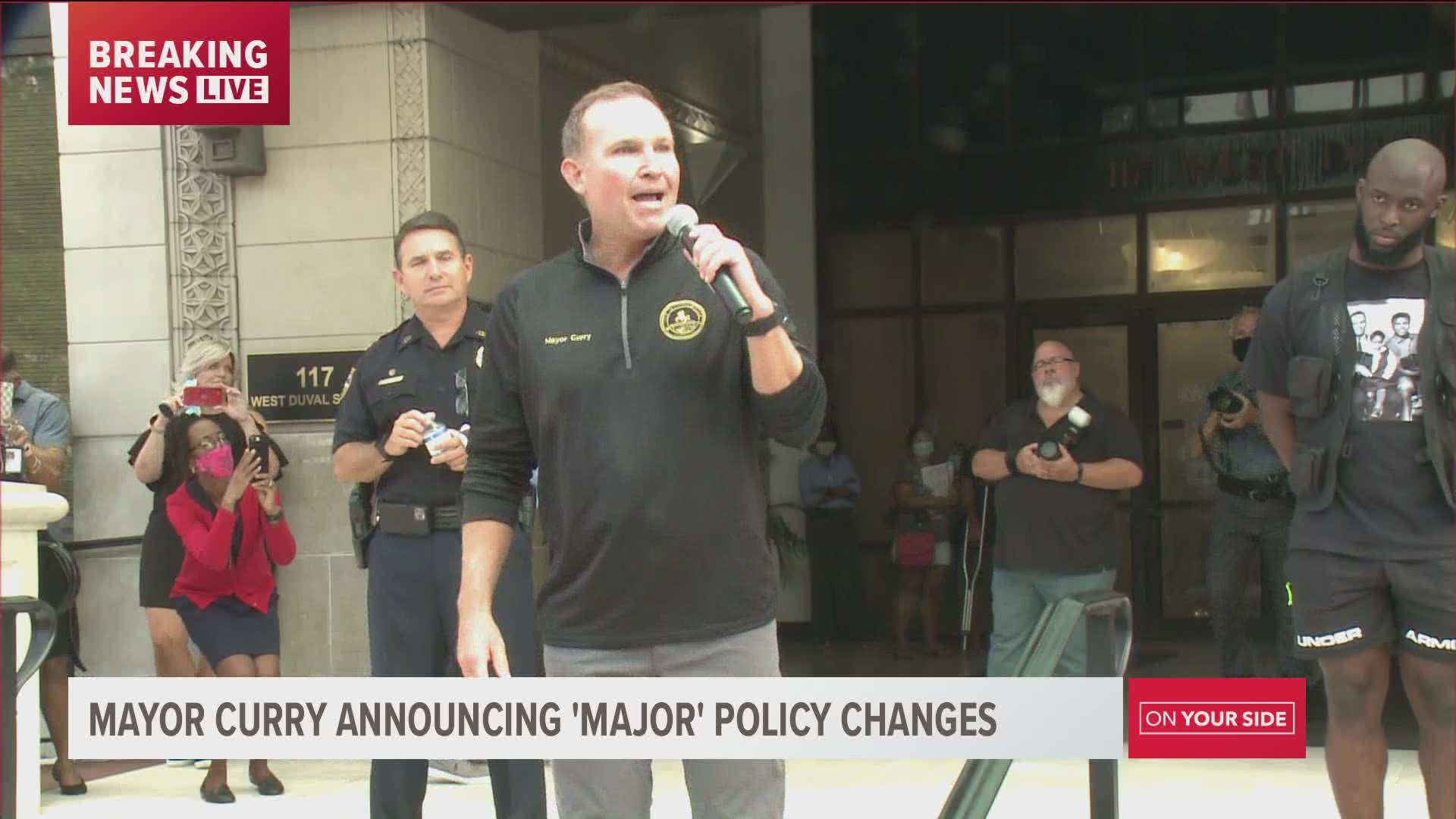 JACKSONVILLE, Fla. — After parts of a Confederate statue was removed overnight from Hemming Park, Jacksonville Mayor Lenny Curry announced that all confederate statues throughout the city will be removed.

'I hear you," was the message echoed by Curry during Tuesday's announcement amid calls for justice from protestors in the crowd. "If our history prevents us from reaching the full potential of our future, then we need to take action. Last night, I ordered the confederate statue in Hemming Park to be taken down as the start of a commitment to everyone in our City that we will find a way to respect each other and thrive. "

He said that legislation will also be drafted that will formally bring together voices from the community that will help make and review important decisions.

"My staff will work with the Jacksonville Cultural Council to convene experts in history and art to ensure we acknowledge our past in a full and complete way; a way forward that leaves no person’s heritage or experience behind,” said Curry.

The city says all statues will be in a secure location until leaders can determine the best place for them. The cultural council will assist the city with ideas and uses.

Curry was joined by Leonard Fournette, who organized a protest walk that immediately followed the announcement. Lil' Duval was also in attendance.

The bronze topper of the Confederate monument in Jacksonville's Hemming Park was taken away in the early morning hours Tuesday by crews without warning.

Around 4 a.m., city crews began using cranes and heavy equipment began tearing down the statue that's been in the park since 1898.

The bronze figure on top depicted a confederate soldier in a winter uniform, meant to honor the Jacksonville Light Infantry which was part of the Confederacy.

The monument, one of the few things downtown that survived the Great Fire of Jacksonville, has been removed amid the protests and rallies across the country after the death of George Floyd.

This week, The Northside Coalition of Jacksonville released a list of changes it would like JSO to make:

"Its been years since we have called for change and it seems to have fallen on deaf ears," Hendrix said.